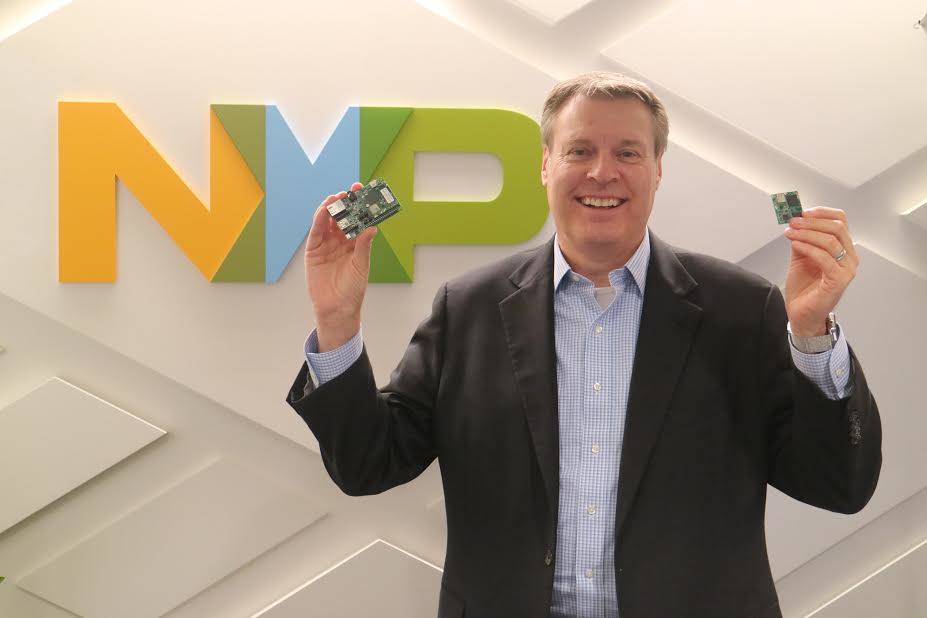 TAIPEI -- Major chipmakers are getting ready to ride the boom in artificial intelligence assistants and devices as the popularity of voice-activated machines surges and speculation mount that Apple will soon release a Siri speaker to compete with Google and Amazon.

"The growth is going to be quite rapid ... there are many customers today designing voice control systems," said Martyn Humphries, vice president of Dutch chipmaker NXP Semiconductors, at the annual Computex expo in Taipei on June 2.

NXP is the largest chipmaker globally in areas such as smart cards and automobiles. "By the end of next year, you will probably see tens of millions of appliances and other types of systems with voice-controlled functions," said Humphries.

Humphries said in addition to voice-activated speakers like the successful Amazon Echo, consumers can also find appliances such as coffee makers, lamps, and other gadgets that come with artificial intelligence this year, as some first-tier brands join the fray.

The hype around AI home assistants has been grown in recent days due to rising speculation that Apple may introduce a Siri speaker either at its annual Worldwide Developers Conference this week or later in 2017.

The Siri speaker will be competing with Amazon's Alexa-powered Echo range of speakers, and the Google Assistant-enabled Google Home.

Research company e-Marketer said the Amazon Echo range is the frontrunner in the emerging category controlling more than 70% of market share, while Google Home and other devices accounted for the rest of 24% and 6% respectively.

Since Amazon rolled out Echo in late 2014, around 10.7 million units have been shipped, according to the latest estimate by U.S. research company Consumer Intelligence Research Partners in May.

Compared with some 1.5 billion smartphones sold last year, voice-control gadgets are still shipping in a relatively small number and viewed as a nascent market.

Other notable AI offerings include Microsoft's Cortana that developers could use to build hardware, and Chinese internet giant Baidu's Duer AI operating system.

NXP's Humphries added that his company expects billions of connected devices could be equipped with voice-activated AI features to empower smart homes and cities.

AI will be increasingly used in 2017 as the error rate of speech recognition technology has decreased to less than 5%, Humphries said.

Last year NXP said it was to be acquired by Qualcomm, the world's biggest smartphone chip supplier, for $47 billion.

But the deal is still pending regulatory approval in the European Union. NXP is also reportedly facing pressure from shareholders, including activist investor Elliot Management, to renegotiate for a higher selling price.

The world's second largest mobile chip provider and rival to Qualcomm has been supplying chips for Amazon Echo Dot since 2016.

A company executive said there continued to be robust demand for Amazon's popular speaker in the first half of this year, a stark contrast to the substantial slowdown in the global smartphone market.

"Consumer electronic devices such as Amazon's Echo Dot is a strong growth driver for us in the current quarter, while we have not yet seen recovery in the China smartphone slowdown," said MediaTek Vice Chairman Hsieh Ching-jiang during an investors' conference late April.

"For smartphones, for example, in addition to the unit growth, more intelligent features, such as voice, image recognition and artificial intelligence for decision-making, will further increase [a handset's] computing power and silicon content," said Mark Liu, TSMC's co-Chief Executive said in April.

Liu added that as data centers need to gather a lot of data from connected devices and execute complex tasks to achieve artificial intelligence, it will require and foster more advanced chip production technologies that his company has an edge in.

"Voice-activated functions would emerge as a new and popular human-machine interface ... but we don't think it will be a complete replacement for touch screens and remote controls," said Tsai, adding that chip and hardware makers will certainly benefit from the new opportunities.

However, Tsai said recognition of different languages and accents remain a challenge, and it will still take some years for the voice control feature to materialize and become widespread in every corner of the world.