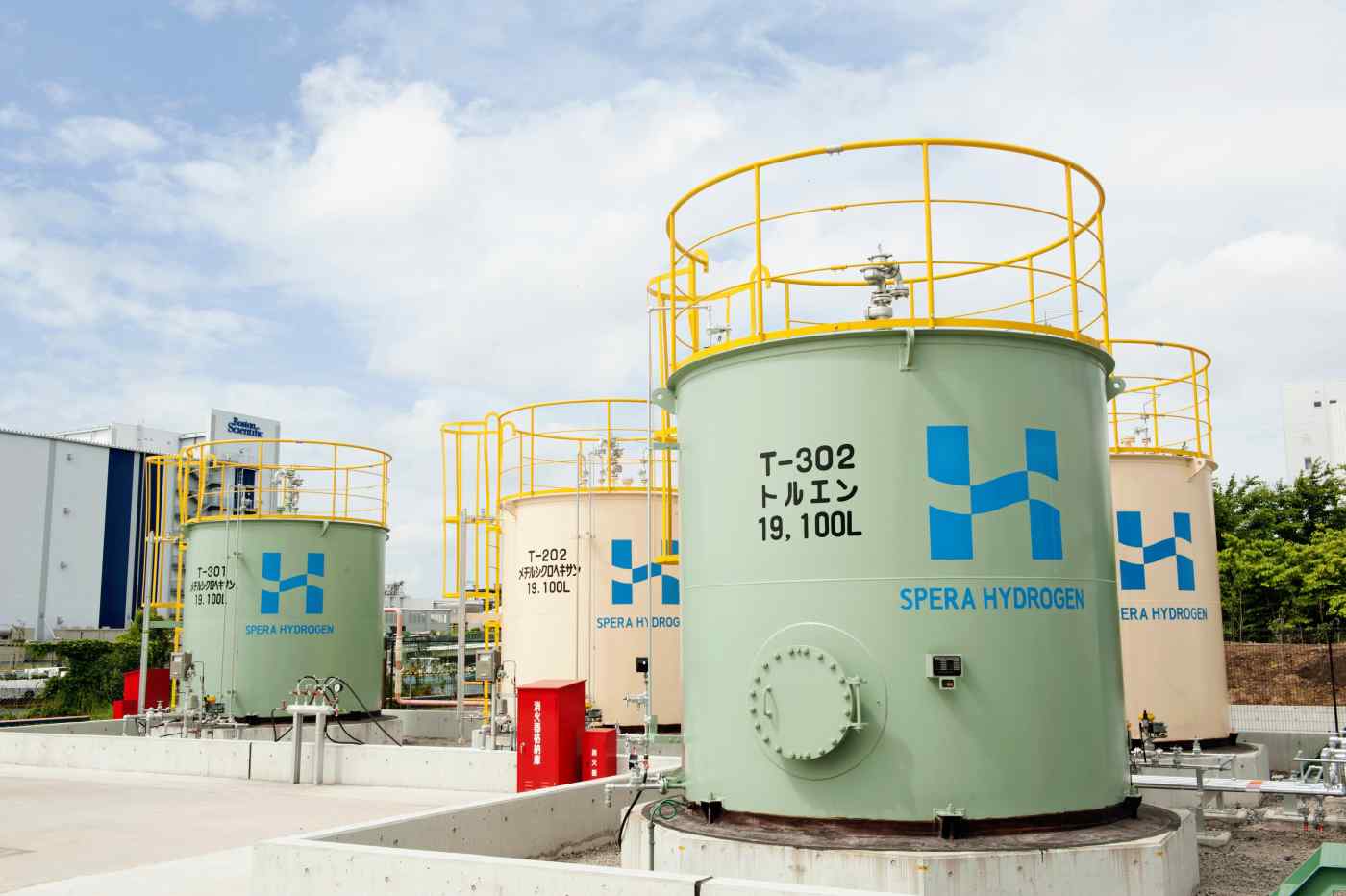 TOKYO -- Chiyoda Corp. and other leading Japanese corporations are looking to import hydrogen from Brunei for power generation starting in 2020, using a chain of processes designed to slash the usually large cost of transporting the gas.

Hydrogen does not emit any carbon dioxide when burned, meaning its increased use could help slow global warming. But it is expensive to produce and transport, which has hindered its adoption as a fuel. Increased hydrogen consumption by mixing it into natural gas for electricity generation could lead to lower costs. The higher the concentration of hydrogen, the lower CO2 emissions at a power plant.