Classy cafes catch on in Cambodia

PHNOM PENH -- More and more barista-brewed coffee is being served in Phnom Penh. Domestic player Brown Coffee and Bakery is steadily gaining support among young consumers, while foreign players are increasingly opening stores in the country to meet the growing demands of a population that has an increasing amount of money for leisure spending. One of the first to open stores there was Brown Coffee, which started a new Brown Roastery and Eatery store at the end of June. It has an in-store roaster, and serves freshly ground coffee on the spot.

Brown Coffee previously roasted most of its coffee beans in Thailand and brought them back over the border. Now it plans to install more roasters and by the end of the next year have all its Cambodia consumed coffee prepared domestically. Freshly-brewed coffee tasted far better, said Chang Bunleang, 28, a managing partner and one of the co-founders of Brown Coffee and Bakery.

Brown Coffee has, however, been serving coffee brewed from Arabica coffee since its founding in 2009. The chain is looking to familiarize Cambodians with macchiato and cappuccino. Most western cafe chains use Arabica coffee beans.

Sophisticated interiors and classy exteriors have helped broaden the appeal of Brown Coffee's stores. The chain operates nine stores in Phnom Penh, with a view to adding more in September. By the end of 2015 the chain intends to operate as many as 15 establishments. Bunleang said the company planned to expand into Vietnam and Myanmar, too. 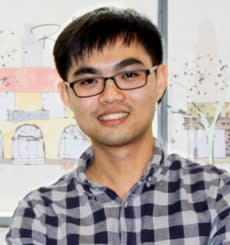 The success of Brown Coffee encouraged a number of foreign cafe chains to open stores in Cambodia. Britain's Costa Coffee, Singapore-based Gloria Jean's Coffees and the American operator Coffee Bean & Tea Leaf all have stores in the country.

Fashionable cafe chains are not without problems. For one, they are pricey in a relatively poor nation. A small cafe latte generally costs slightly less than $3, six times more expensive than the roughly 2,000 riels ($0.49) a local coffee shop would charge for a regular cup of joe.

Cambodia's hipsters don't seem to care. A 21-year-old woman working for a foreign company said she does not mind paying so much for a cup of coffee, because what matters to her is the coziness and cleanliness of the establishment. She visits a Brown Coffee store every week.

According to the International Monetary Fund, the per-capita gross domestic product of Cambodia was more than $1,000 in 2013. Precise statistics are not available, but a local retailer said that monthly income in the capital is more than $2,000 at a growing number of households.

Commercial facility operators are increasingly housing swanky coffee houses in an effort to woo more shoppers. Aeon Mall Phnom Penh, which opened at the end of June, invited Brown Coffee to open an establishment at the prime spot within the mall.

That mall, which also houses Costa Coffee and Gloria Jean's Coffees, is crowded with shoppers daily.

Vattanac Capital Tower, the capital's landmark commercial development that will be opened by the end of this year, will be a home to a new Costa Coffee store, too.