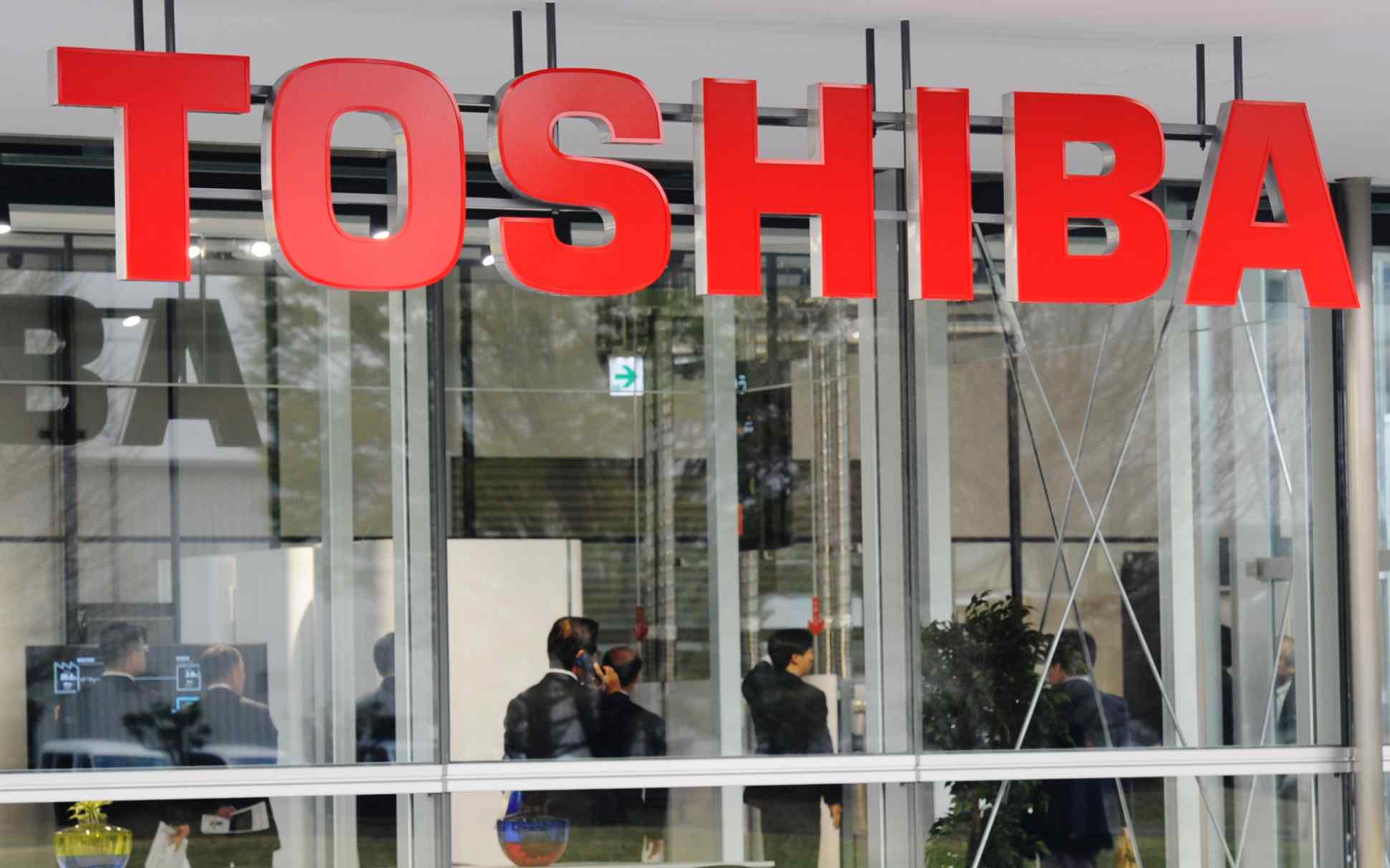 TOKYO -- Toshiba has at last reported earnings for the year ended in March, fending off a delisting for now, but the Japanese conglomerate could still be kicked out of the stock market if it cannot conclude the sale of its memory unit by the end of March.

PricewaterhouseCoopers Aarata, Toshiba's auditor, gave the fiscal 2016 earnings report its qualified endorsement after months of discussion. Had the auditor refused to approve the earnings, the company could have faced delisting from the Tokyo Stock Exchange pending the bourse's review.

But the conglomerate's troubles are far from over. Unless the company brings its net worth back into positive territory by the end of March 2018, the company will automatically be delisted. Net worth stood at negative 552.9 billion yen ($5.05 billion at current rates) at the close of fiscal 2016.

But talks with all three have slowed to a crawl -- and even if an agreement can be reached, success is not guaranteed. Western Digital has sought an injunction in an international arbitration court to block the sale of the memory unit to a third party. Even a temporary injunction could keep a deal from closing.

Securing a deal won't be the end of the ordeal though. Receiving antitrust approval from China and other nations likely would take around nine months -- and there are less than eight months left in the fiscal year. There is thus no guarantee Toshiba will be able to close the sale by that critical date even if one is agreed to. As Tsunakawa said Thursday, hitting the mark "will not be easy."

Toshiba's prospects for a recovery would grow even more dire were the memory unit sale to collapse altogether. The company could explore a capital increase to repair its finances and stave off a delisting should that happen. But finding willing investors could prove highly challenging.

An initial public offering of Toshiba Memory appears to be under consideration. But preparing for an IPO is expected to take one to three years. For this reason, some financial institutions are wary. Even if Toshiba takes this path, however, it is highly likely its stock would be delisted before the unit can go public.

Furthermore, nonmemory operations could compound the conglomerate's woes. Toshiba is involved in a liquefied natural gas distribution business in the U.S. state of Texas, and may need to set aside provisions for losses depending on how the business performs going forward. While U.S. nuclear power company Westinghouse Electric has been removed from Toshiba's list of consolidated subsidiaries, insulating the parent from responsibility for further losses, American civil lawsuits and other developments involving that company still present risks for Toshiba.

Meanwhile, 100 or so employees continue to jump ship every month. Toshiba must also put an end to this exodus to keep its hopes of returning to a growth path alive.