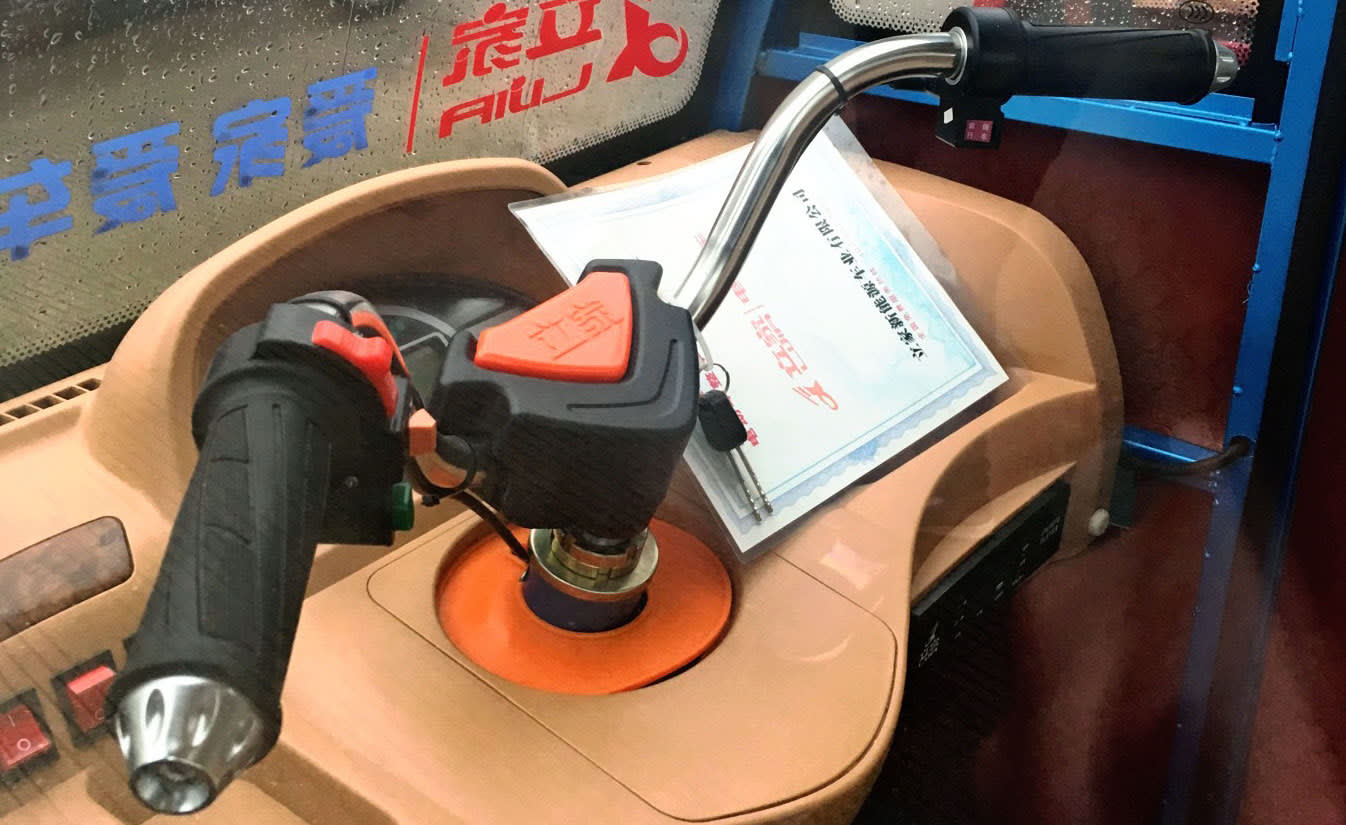 SHANGHAI -- Electric microcars and trikes are becoming all the rage among China's seniors for their convenience and affordability, retailing for the same price as some smartphones. 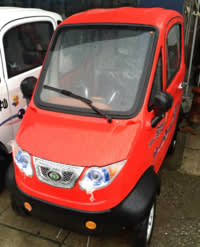 Compact electric vehicles just over 2 meters tall and less than a meter wide are lined up in front of nearly 40 dealerships gathered at a market in a suburb of Wuxi, Jiangsu Province. The vehicles are powered by a battery and motor and controlled with a handle bar, rather than a steering wheel. A passenger can also squeeze into the back seat.

Some have just three wheels, giving the appearance of a motorbike with a car chassis laid on top. ShanDong LeeJaa New Energy Vehicle Industry produces a trike for 4,500 yuan ($662.40) that can run 40km on one charge at speeds of around 30kph.

The vehicles have gained traction among the elderly in rural areas for daily transportation and chores, according to one dealer. In a survey of 500 users taken at the beginning of 2017, 48% were in their 50s and 24% were 60 or older, according to the a website covering the industry. Three-wheel models retail at around 5,000 yuan.

More than 90% of respondents said up to 30,000 yuan would be an acceptable price for the vehicle. A budget car can still be had for about 30,000 yuan in China, making these small vehicles a niche product ranging from a few thousand to upwards of 20,000 yuan.

Currently, Shandong Province in northeastern China produces about half of these compact electrics. In 2016, the region produced about 620,000 units, an 80% increase from 2015. Statistics are not available for the whole country, but market estimates place production at around 1.2 million units.

Although incomes in rural China are rising, those populations are also aging. Compact electric vehicles are likely to gain popularity as a convenient form of transportation. The legal status of these vehicles is ambiguous, however, and most owners have not obtained license plates. Despite their growing popularity, the vehicles have avoided regulation on the premise that they run slowly on farm roads and walkways.

As production moves from three-wheeled styles to larger models, safety concerns for pedestrians may prompt regulations that could affect the market's growth.