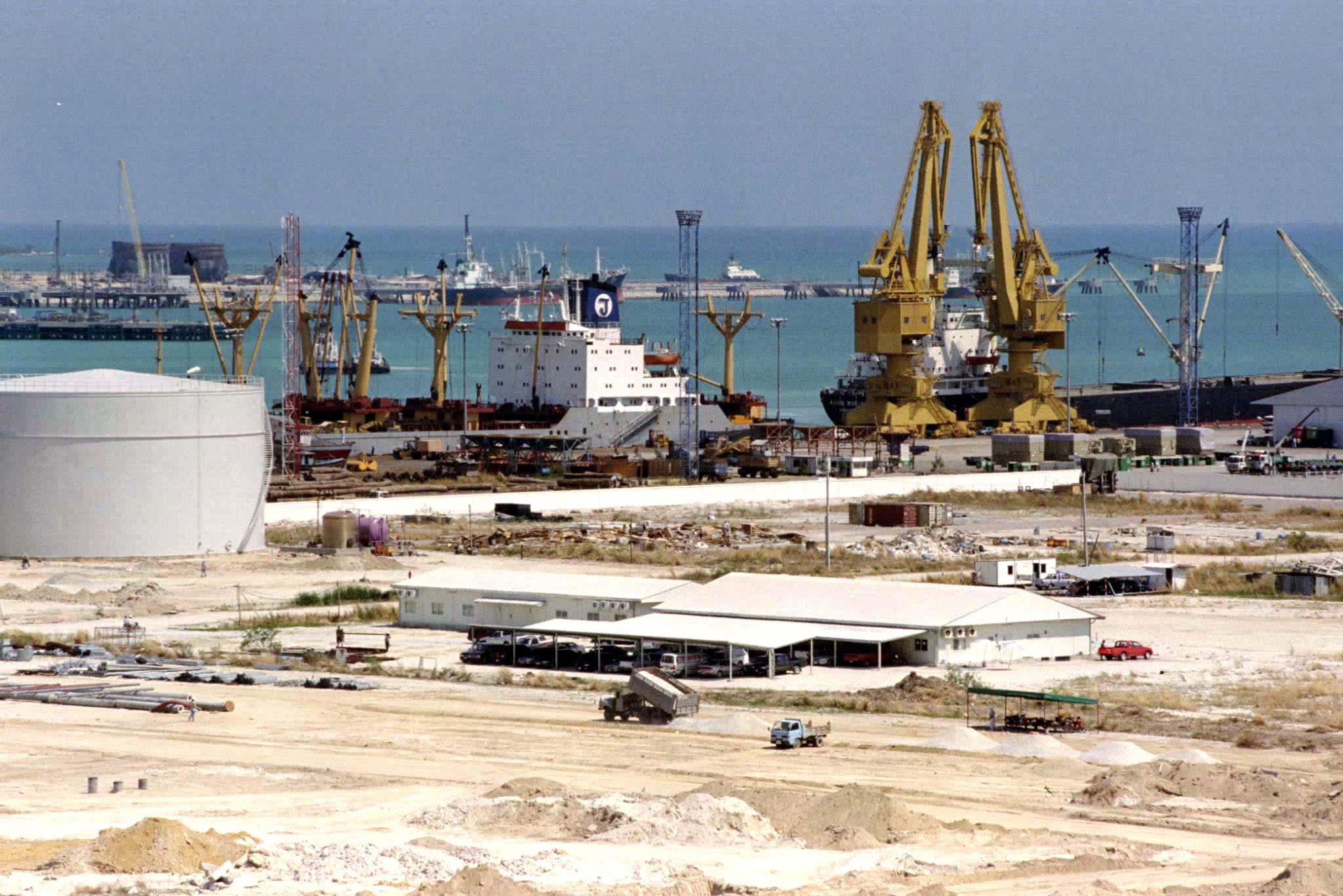 Thailand wants to develop Map Thaput, Rayong Province, into a major deep sea port as part of a larger infrastructure drive to create a huge economic and business center in the east of the country.   © Reuters

BANGKOK -- Ten companies from Thailand and eight from elsewhere have expressed interest in bidding for 55.4 billion baht ($1.7 billion) worth of contracts to expand a deep sea port -- part of a huge infrastructure drive that Thailand is banking its future on.

In all, Somchint Pilouk, the governor of the Industrial Estate Authority of Thailand, which is overseeing the bidding process for the Map Thaput port project, said 18 companies have showed up at the IEAT to ask for details on how to bid.

The Map Thaput port is one of five mega projects planned for the Eastern Economic Corridor, near the resort city of Pattaya, along the eastern coast of the Gulf of Thailand. The government expects the economic zone, which also includes a big airport expansion and a high-speed rail network, to attract 300 billion baht over the next few years.

But recent global developments put the timeline in doubt, according to an analyst who requested anonymity. Right now, the analyst said, "infrastructure is not the concern. The major concern is a delay in the new investment that Thailand wants to attract now that many investors are waiting to see how long the [Sino-U.S. trade war and its peripheral effects] might last."

Since the government has detailed its plans to major Thai and multinational corporations, however, other analysts see it as imperative that bidding and construction go ahead as scheduled. "All five projects have been announced by the Thai government at several roadshows." said Somchai Jitsuchon of the Thailand Development Research Institute. "So the government needs to go [through with the plans] to retain confidence among foreign investors."

The IEAT is expected to name the winning bidder for Map Thaput by February, with construction due to be completed by 2024, Somchint said.

As for the other projects, the high-speed rail network would link three airports. The airport expansion project would be centered around the little-used U-Tapao Airport, almost an hour from Pattaya. It is to involve further developing U-Tapao as well as building maintenance facilities nearby through a joint venture between Airbus and Thai Airways International. Another project is the expansion of the Laem Chabang Port. The fifth is a double-track railway connecting Thailand's eastern provinces.

All five projects will be financed with public and private funds.