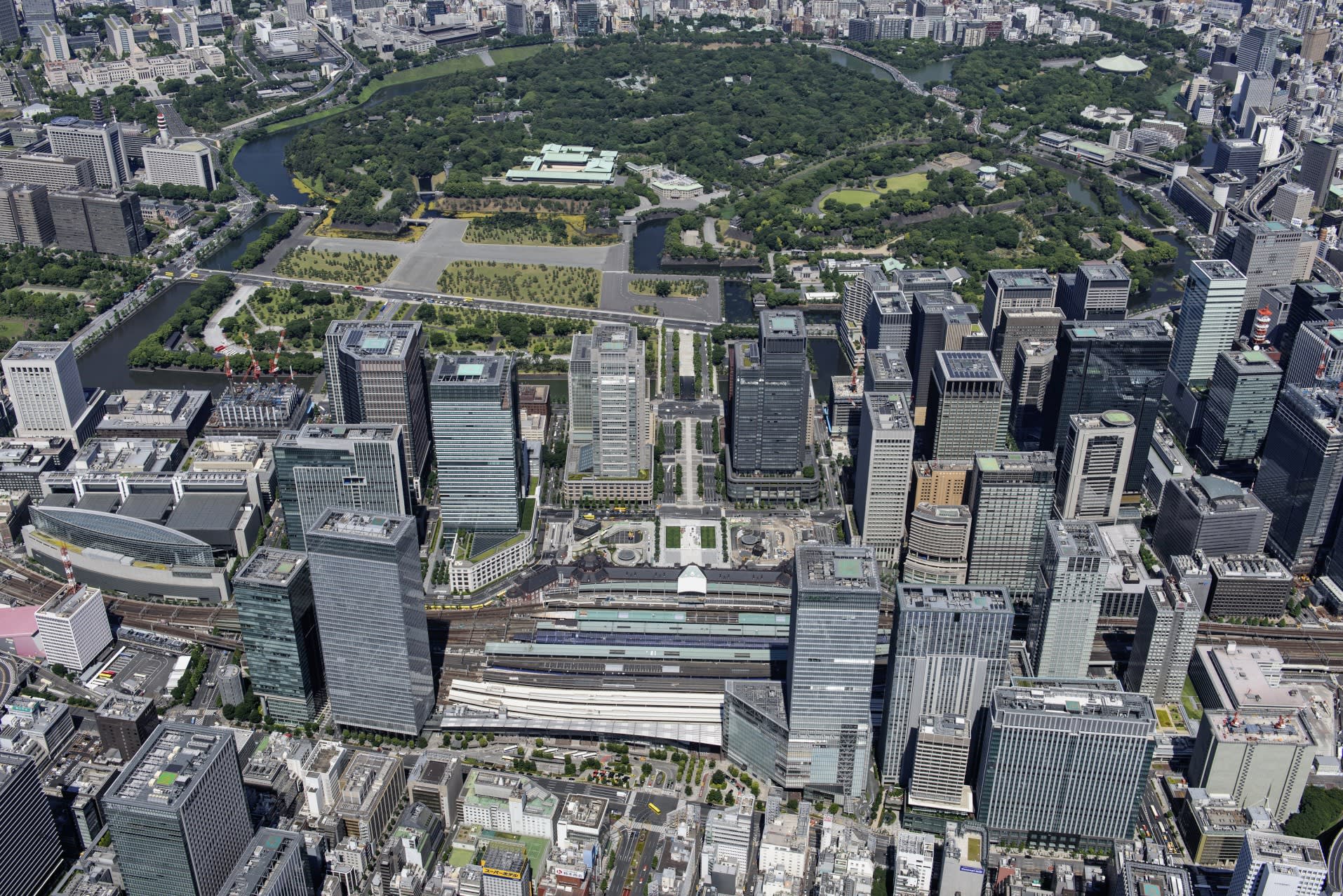 Redevelopment projects transformed the district to this 2017 vista.

TOKYO -- In the 15 years to the day Wednesday since Mitsubishi Estate rebuilt the Marunouchi Building in central Tokyo, the Japanese property developer has grown lease revenue in the immediate area by over 70%.

That skyscraper launched a rash of redevelopment projects by Mitsubishi Estate, culminating in 12 new buildings in the Marunouchi business district. As of March 31, the company offered 1.6 million square meters of rentable floor space in the area. That represents a 54% expansion since the end of March 2002, before the Marunouchi Building reopened that September. Lease revenue jumped 73% to 216.6 billion yen ($1.98 billion) during that period.

In terms of floor space, half of Mitsubishi Estate's office buildings are located in Marunouchi, with lease revenue generated by that district accounting for 20% of group sales. 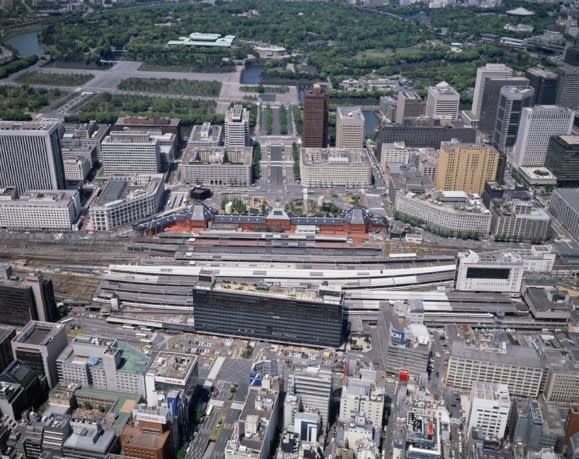 The Marunouchi business district in central Tokyo in 1992.

Banks used to pervade Nakadori Street, the major thoroughfare crisscrossing the financial hub, leaving it deserted past the standard 3 p.m. closing time. Mitsubishi Estate widened the sidewalks and got restaurants and designer brands to set up shop there, vitalizing the neighborhood.

Stores located at Mitsubishi Estate's Marunouchi properties number about 870, or triple the count 15 years ago. Annual lease revenue per square meter climbed 10% to nearly 140,000 yen in that time span.

Redevelopment of the district is ongoing. The developer plans to open a new 30-story building in the district in October 2018, and targets for corporate tenants have already been reached. And a 390-meter high-rise is also in the works near Tokyo Station, which would make it the tallest skyscraper in Japan.