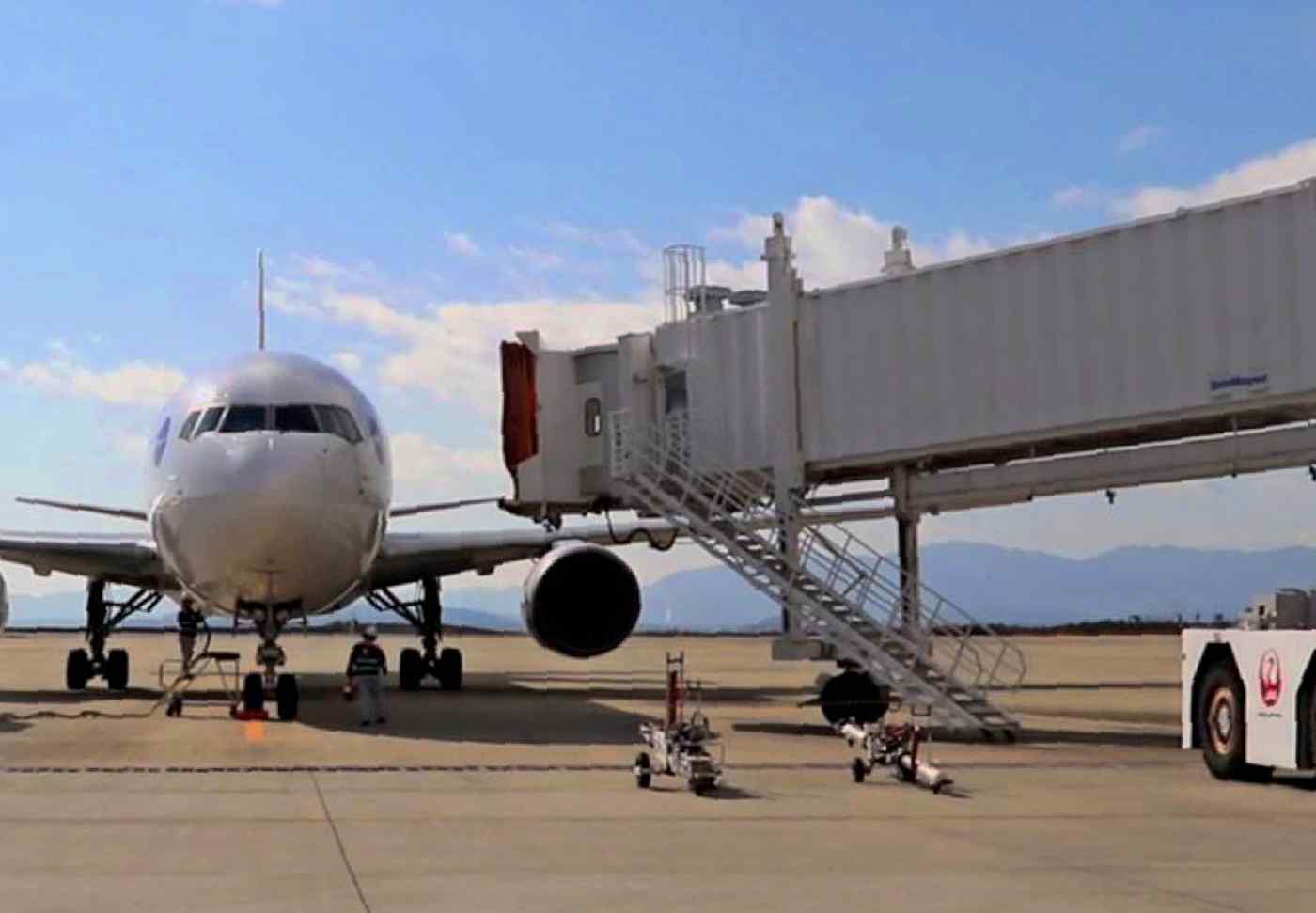 The technology is expected to help airports deal with a shortage of ground staff as the new bridges do not require highly skilled operators.

ShinMaywa has a large share of the Southeast Asian market for passenger boarding bridges, including all in use at Singapore's Changi Airport. The company plans to sell the new bridges to large Japanese and overseas airports and will begin taking orders this spring.

The company successfully vetted the technology in a series of tests starting in November 2016 at Tokushima Awaodori Airport on the western Japanese island of Shikoku. The more than 2,600 tests on different aircraft models included 1,050 trials on the Boeing 767, a midsize passenger airplane.

ShinMaywa's current bridges are designed to automatically move within 0.5 to 1 meter of aircraft doors, but require manual operation to close the gap.

Cameras and a laser gauge help position the new bridge, with the 10cm gap so small that the bridge does not require a great deal of skill to complete the operation, according to Kunihiro Atarashi, general manager of ShinMaywa's airport equipment department.

AI is used to process image data from the cameras, allowing the bridge to operate in diverse environments, including at dusk or in inclement weather. The bridge can also adapt movements to suit different types of aircraft.

By 2020, ShinMaywa hopes to have developed a bridge that can fully connect to airplanes without human assistance.

Atarashi said the price for the new bridges will not be more than 5 million yen ($46,900) higher than existing bridges.