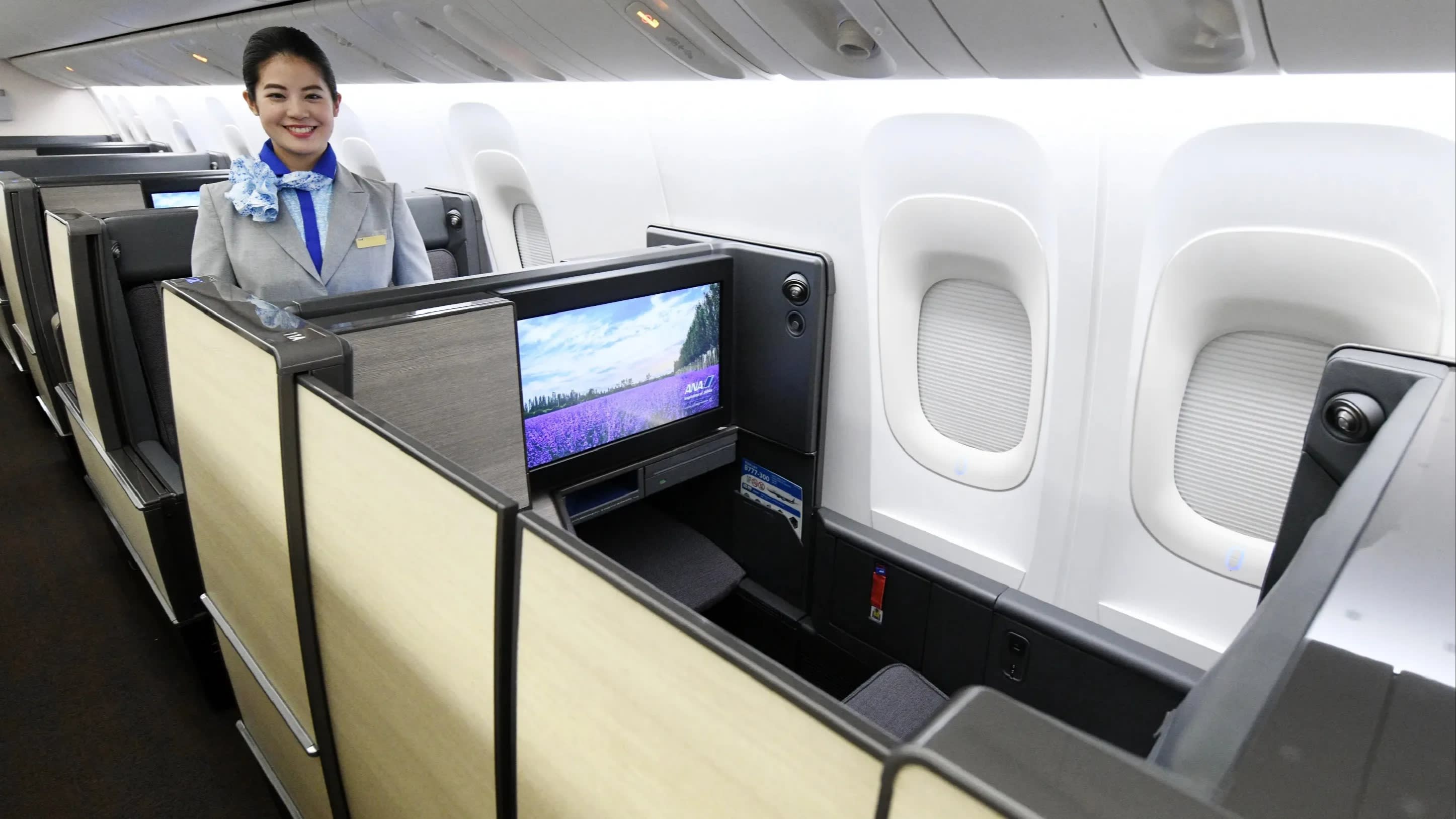 TOKYO -- Premium travelers on Japan's All Nippon Airways will soon have the option of reclining in their own personal, closed-off space during international flights.

At a push of a button, customers can activate barriers partitioning themselves from the aisles and neighboring passengers. The seating is also equipped with 24-inch monitors capable of playing 4K high-definition videos, a first for any airline, compared to the 17-inch screens now used. The seats, about 1 meter in width, provide double the space of regular business-class seating.

ANA will offer the new seats on connections between Tokyo's Haneda airport and London starting Aug. 2. They will later be available on other routes, such as those serving New York. These amenities are being rolled out in a bid to stay competitive against the rise of budget carriers.

Business class seats ordinarily occupy roughly 10% of capacity, but generate between 20% and 30% of revenue, according to an industry insider. Full-service carriers like Qatar Airways have pioneered the private seats, spurring the ANA Holdings carrier to counter in kind.

"Using privacy as a theme, we employed the ultimate approach for passengers to make effective use of their time," All Nippon Airways President Yuji Hirako told reporters Thursday.

The Boeing 777-300ER wide-body jets will house 64 of the private seats, roughly in line with the 68 seats assigned to conventional business-class accommodations. First-class seats will also receive the private treatment, with the addition of 43-inch 4K monitors, up from 23 inches.

Both business and first-class seats are equipped with cushions ANA developed jointly with Nishikawa, the large Japanese bedding maker. Kengo Kuma, the renowned architect behind the 2020 Tokyo Olympics' main venue, supervised the design of the aircraft interior.