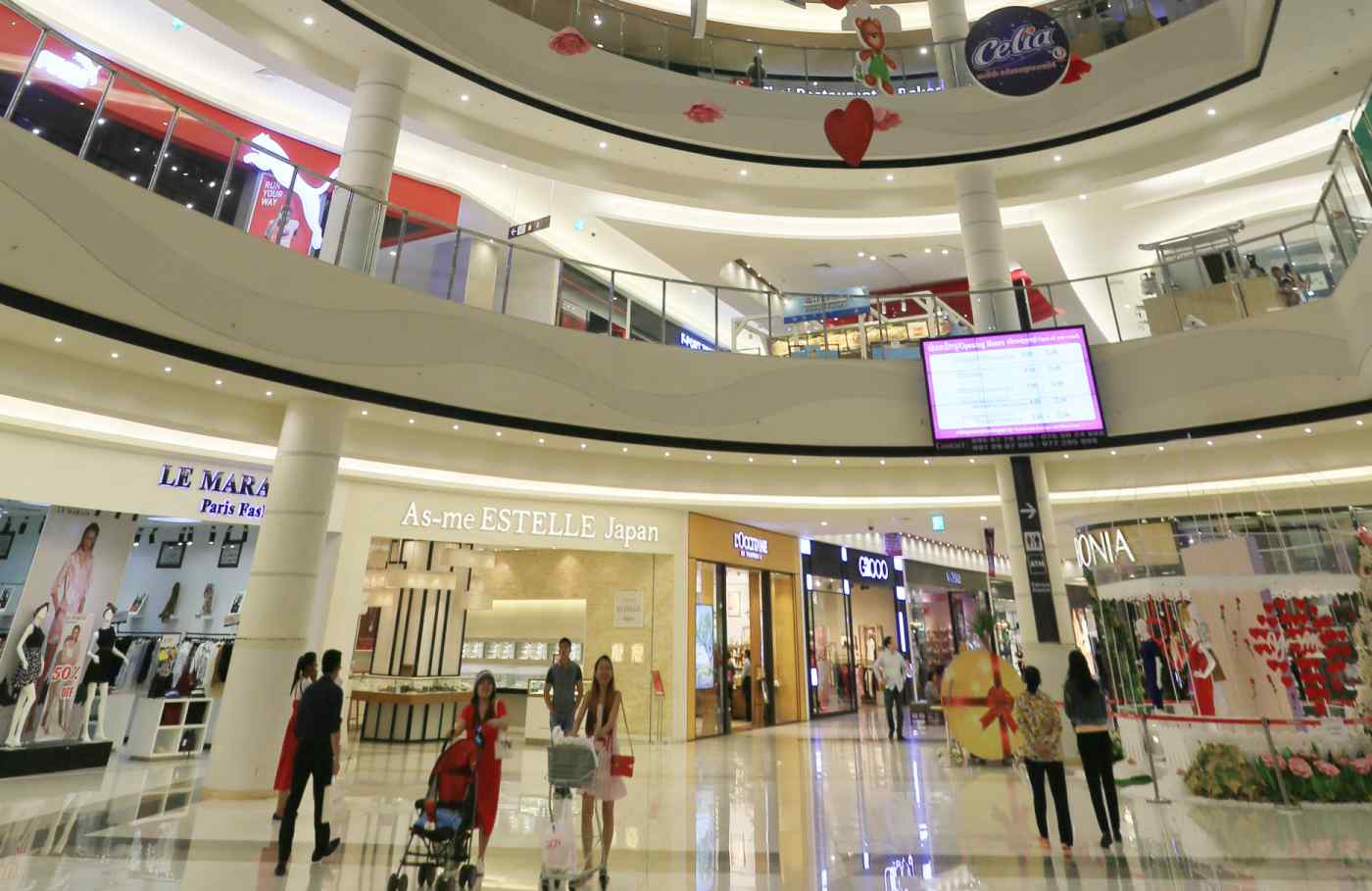 The first Aeon mall in Cambodia can be seen in Phnom Penh (Photo by Ken Kobayashi)
May 1, 2017 13:00 JST | Vietnam
CopyCopied

TOKYO -- Japanese retailer Aeon is preparing to open more small grocery stores in burgeoning Asian economies such as Cambodia and Vietnam, which have been growing at a 6%-plus clip in recent years.

The company plans to open 30 stores in Cambodia, including Phnom Penh, over the next three years. In Vietnam, it aims to raise its store count almost ninefold, to 500, by 2025.

Though Aeon is known for its large shopping centers, small grocery stores are easier and cheaper to set up. By opening stores in large numbers, Aeon hopes to boost its name recognition.

The company opened a pilot outlet in Cambodia in late 2015 and has decided it is time to expand. In the year to February 2018, Aeon plans to open three different types of shops, tailored to suburban areas, city centers and newly established residential areas. The stores will be designed according to local needs, with varying prices.

For the time being, Aeon will focus on opening stores mainly in the Cambodian capital and surrounding areas. It is also looking at establishing itself in tourist hot spots, such as Siem Reap, in a few years' time.

The city-center stores will resemble convenience stores, with about 150 sq. meters of floor space. Stores in the suburbs and new neighborhoods will occupy 500 to 1,000 sq. meters -- slightly smaller than a typical grocery store in Japan. Besides food, these locations will also carry sundries such as detergent.

Aeon also plans to add another large-scale shopping center in Cambodia as early as 2018; it opened the first one in 2014.

Aeon's first large shopping center in Vietnam also opened in 2014. The company has since teamed up with two local supermarket chains to increase its grocery store tally in the country to 57.

Another key growth market is Myanmar, where Aeon opened a grocery store in 2016. The company hopes to open around 10 outlets there over the next five years.