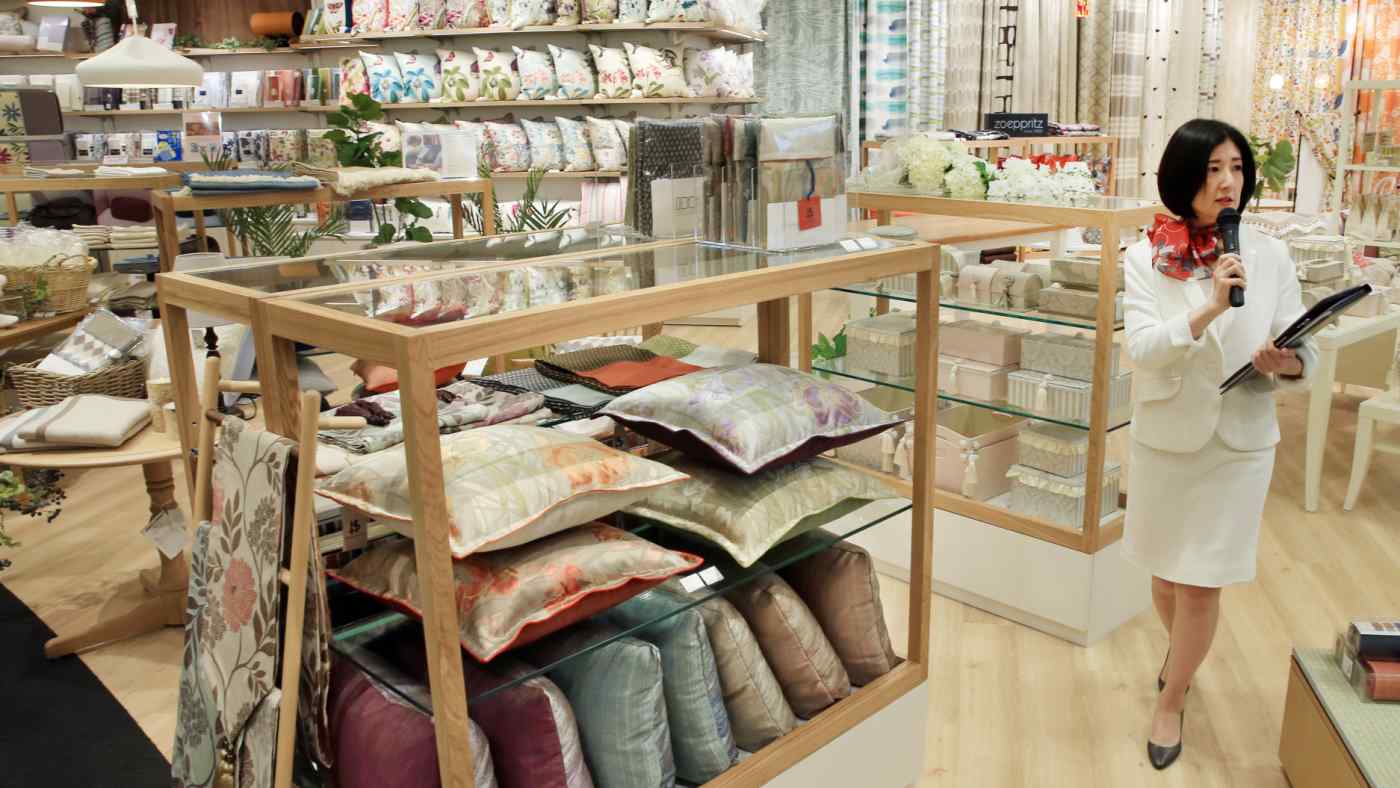 Otsuka Kagu President Kumiko Otsuka at a showroom in Tokyo. She won control of the company from her father, the founder, after a bitter proxy battle ended in 2015.
Nikkei staff writersAugust 15, 2018 07:00 JST | Japan
CopyCopied

TOKYO -- Four years after an ugly fight broke out between the founder and his daughter over the direction of the Japanese furniture chain, Otsuka Kagu is at a crossroads. Faced with dwindling sales, the company faces a stark choice between cultivating overseas markets and diversifying into new fields.

The company on Tuesday reported a net loss of 2 billion yen ($18 million) for the six months ended June 30, for a third straight year of first-half red ink. With sales significantly down, Otsuka warned investors of "events or circumstances" that raise doubts about its ability to continue as a going concern.