AirAsia had talks with cash-strapped HNA over asset purchases 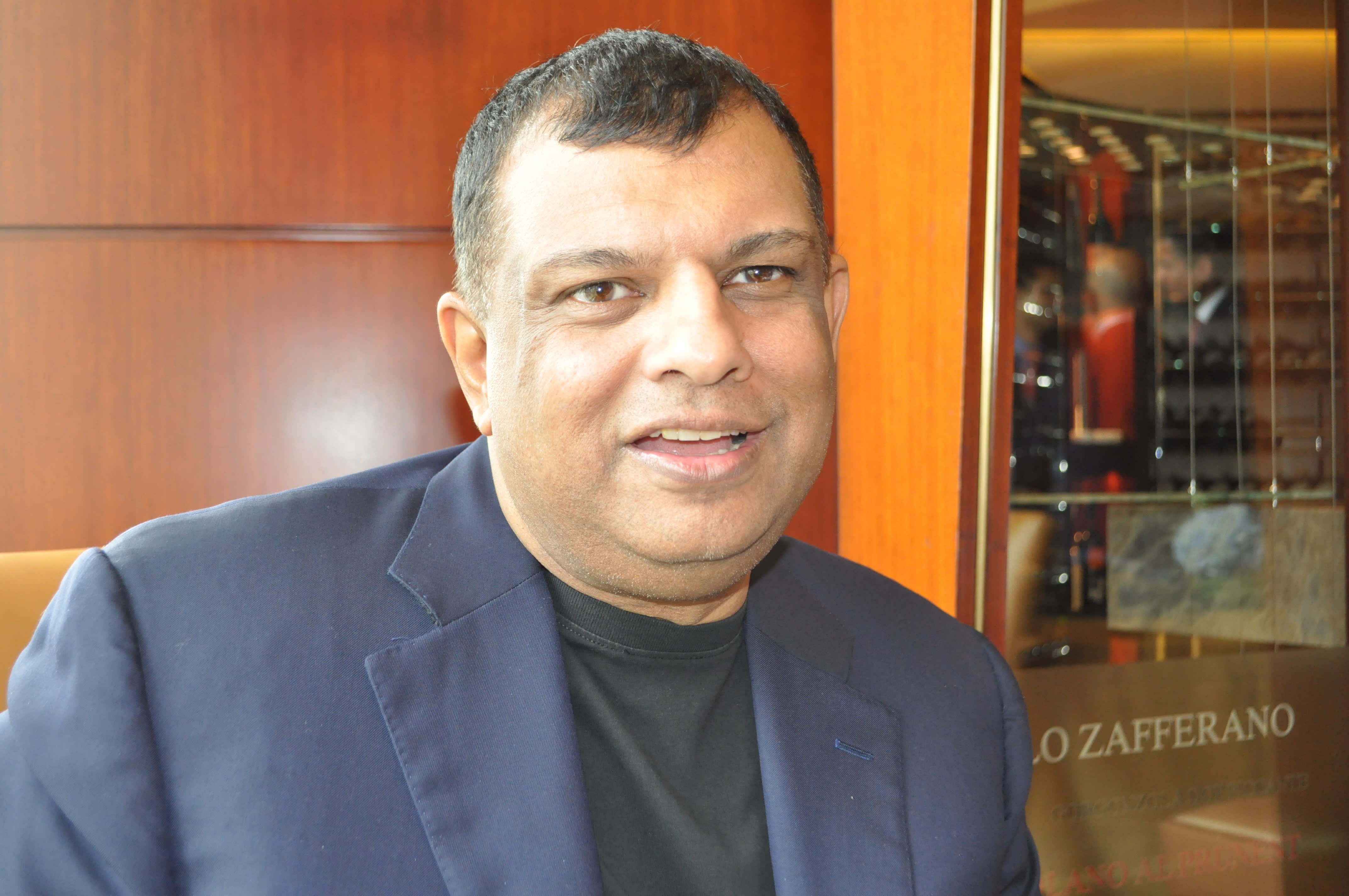 Tony Fernandes said he met HNA co-founder and Chairman Wang Jian and spoke with him about a wide range of possible cooperation, adding that he "for sure" will consider acquiring businesses from HNA.

"We had a discussion," Fernandes told the Nikkei Asian Review on the sidelines of the Credit Suisse Asian Investment Conference. "They own a lot of airlines ... lots of infrastructure and catering. They are a big boy in the aviation industry. If we can work together, learn from them, why not?"

Asked if he is interested in buying Hong Kong Airlines and Hong Kong Express, which are owned by HNA, Fernandes said, "We are always interested in whatever opportunities go our way." But he said the discussions he has had so far with Wang have not been about airlines in Hong Kong specifically.

HNA, which also owns Hainan Airlines, was an aggressive buyer of overseas property, hotels and businesses. Chinese regulators and creditors are now pressuring HNA, which is hurriedly offloading assets to ease its debt load. The Hong Kong-based airlines are on a list of assets the company could sell.

On another front, Fernandes said AirAsia Japan is his airline group's "big priority," adding that AirAsia Japan's growth is hindered by country's the conservative regulators and slow route approval process.

"Our expansion could be much bigger and quicker, but we are held back. Nowhere in the world do the [regulatory approvals] take so long," Fernandes said, describing the process as "old fashioned."

AirAsia, which offers service in countries such as Thailand, Indonesia, the Philippines and India, flew 89 million passengers last year, Fernandes said. It also plans to set up airlines in Vietnam and Myanmar.

AirAsia Japan began operating in October 2017 out of Nagoya, the country's third-largest city. Japan has been a difficult market for Fernandes to crack. He first set up AirAsia Japan in 2011 in partnership with All Nippon Airways, now ANA Holdings, but the joint venture broke up in 2013. The current AirAsia Japan, a joint venture with online retailer Rakuten and other shareholders, is his second attempt.

Fernandes has decided to move to Japan to work more closely with regulators and better understand the market. Although the relocation is expected to be temporary, "I will live there a lot. I will have to learn Japanese," he said.

He warned that Japan, which is hoping for a big increase in inbound tourism as Tokyo prepares to host the Summer Olympics in 2020, will miss opportunities due to regulatory bottlenecks. "Japan is open to the world. Now they need to bring the world to them," he said. But, he added, "Japanese regulators are not helping the development of the aviation industry."

The expansion plan in Japan includes long-haul routes between Japan and Europe, as well as Japan and the U.S. AirAsia is in talks with both Airbus and Boeing to buy more wide-body, long-range jets. Fernandes said he plans to make a purchase decision in the "next couple of months."

Along with Japan, the Malaysia-based carrier's immediate focus is on the Indian market, where its joint venture with Tata Sons is set to list on a local stock market. "Credit Suisse has been driving the transaction," Fernandes said. Along with the initial public offering planned for its low-cost carrier in the Philippines, the Indian listing will happen this year, he said.

The Malaysian entrepreneur is also diving into digital businesses. Fernandes, anticipating an initial coin offering, plans to turn the airline's frequent flyer points into a cryptocurrency called BigCoin. Starting in April, ticket prices will be quoted in conventional currency as well as BigCoin on the group's website. It will be possible to pay for seat upgrades, in-flight meals and other services using the digital currency in six months, Fernandes said.

In January, AirAsia rolled out a mobile wallet service called BigPay. The company aims "to take cash off the planes," allowing passengers to make payments by smartphone through its onboard Wi-Fi network.