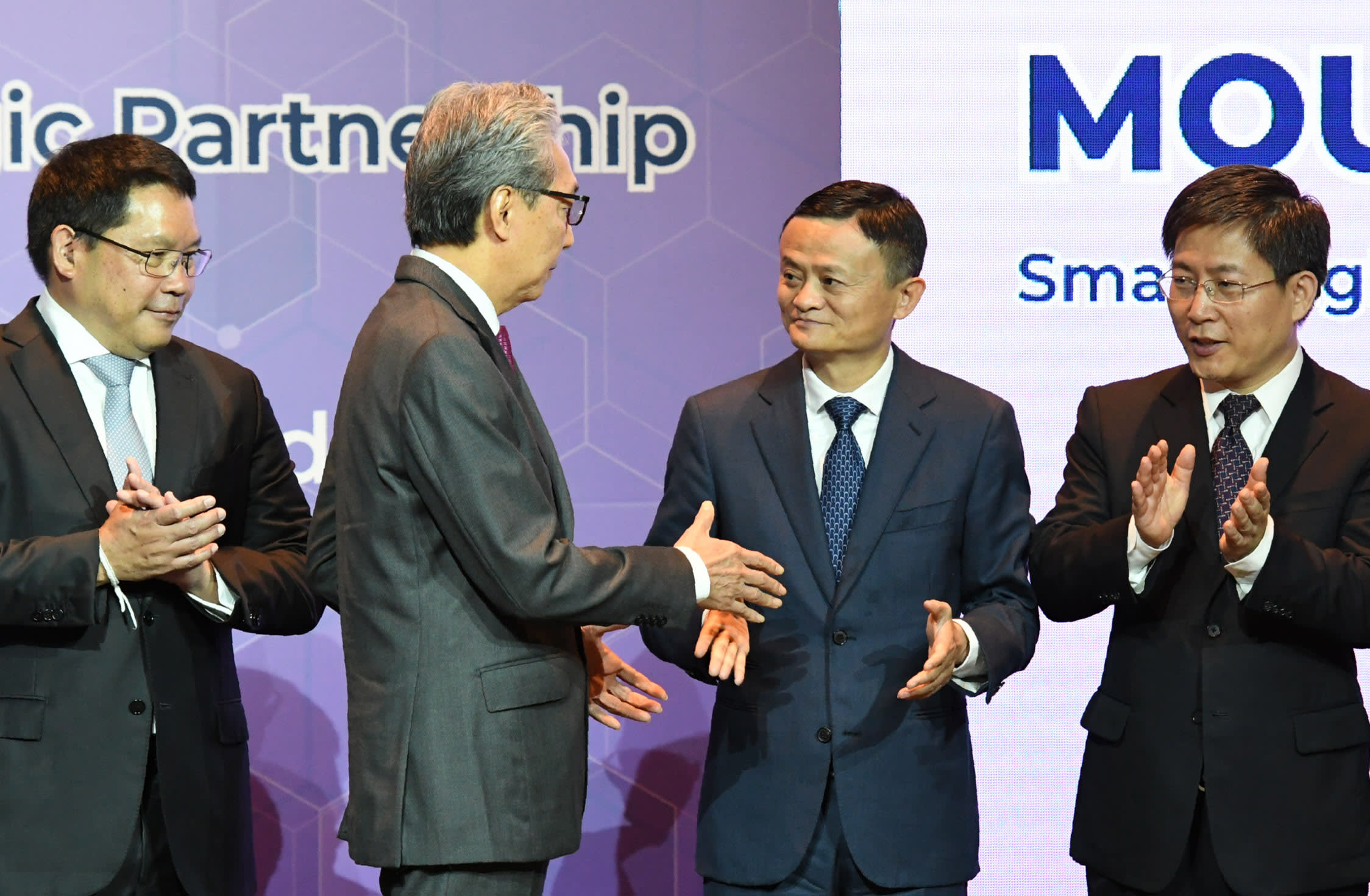 Jack Ma, Alibaba's co-founder and executive chairman, visited Bangkok on Thursday to announce the launch of a distribution hub in Thailand's Eastern Economic Corridor, a heavily promoted special economic zone east of Bangkok. The facility, dubbed a Smart Digital Hub, will feature a fully-automated warehouse for products to be shipped to China and sold on Alibaba's websites.

Investment is planned at roughly 11 billion baht ($352 million). Cainiao Network, the logistics arm of Alibaba, will initiate the project. The company will work with the EEC Office and Thai customs authorities to digitize and facilitate customs procedures.

"What Alibaba wants to do in Thailand, our mission, is to help the young people, small business and farmers, women," Ma told reporters in Bangkok on Thursday. "We can make use of the internet to help promote their goods."

Thailand's jasmine rice and tropical fruits, such as durian, are examples of products that can be sold using the platform, Ma said, promising that fresh produce will be shipped to China within 24 hours of harvesting. On Thursday the Thai Ministry of Commerce launched a flagship store to sell Thai rice on Alibaba's online marketplace Tmall.

Ma stressed that Alibaba had been able to grow quickly in China thanks to the support of SMEs and farmers, the main merchants on its online marketplaces. "We are interested in and focusing on enabling entrepreneurs and partners, making sure that they are successful because ... only when they are successful, we will be [successful]."

Our vision is to make the world more inclusive, sustainable and support more developing countries, small and mid-size enterprises and young people.

The Smart Digital Hub project is in line with Alibaba's strategy to expand its Electronic World Trade Platform, or eWTP, a cross-border e-commerce infrastructure, to developing countries outside China.

Last year it announced its first such eWTP launch, in Malaysia, whose government is also focusing on developing e-commerce as a driver for economic growth.

Ma, a non-paid adviser to the government, is guiding the development of the country's Digital Free Trade Zone, a virtual and physical economic space in Kuala Lumpur International Airport.

As a start, airport operator Malaysia Airports Holdings is working with Cainiao to convert KLIA's old budget carrier terminal into an air cargo facility. Work is in progress for a handover in the third quarter this year. When it is fully operational in 2020, the 111,500 sq. meter facility will be equipped with a cargo sorting system and warehouse, doubling KLIA's cargo volume to 1.5 million tons in the next 10 years.

Some critics fear that the eWTP, which is established in close collaboration with respective government authorities, will give Alibaba too much control and could lead to a monopoly in e-commerce. But Ma countered: "Our vision is to make the world more inclusive, sustainable and support more developing countries, small and mid-size enterprises and young people. At this date and time, forget about monopoly, forget about manipulation -- it is almost impossible. We will continue to promote free trade and globalization."

Nevertheless, he sees immense opportunities in Southeast Asia and hopes to expand further by strengthening the company's links with small enterprises and local governments.

On Thursday, Ma signed multiple agreements between Alibaba and various Thai authorities for collaboration in areas including e-commerce and training, and digital tourism.

In March, Alibaba announced to inject an additional $2 billion into Singapore-based e-commerce operator Lazada Group, increasing its stake from 83% to an undisclosed amount. The company had already invested $2 billion in Lazada, one of the largest e-retailers in the region, since 2016.

E-commerce in the region is still in its early days, but competition is intensifying due to the rise of local groups and the recent entry of U.S. rival Amazon.

"We think that e-commerce and the internet are a great opportunity in Asia," Ma said. "We go to places with countries with young people, countries that have a lot of small and mid-size companies, because big companies -- they don't need us."