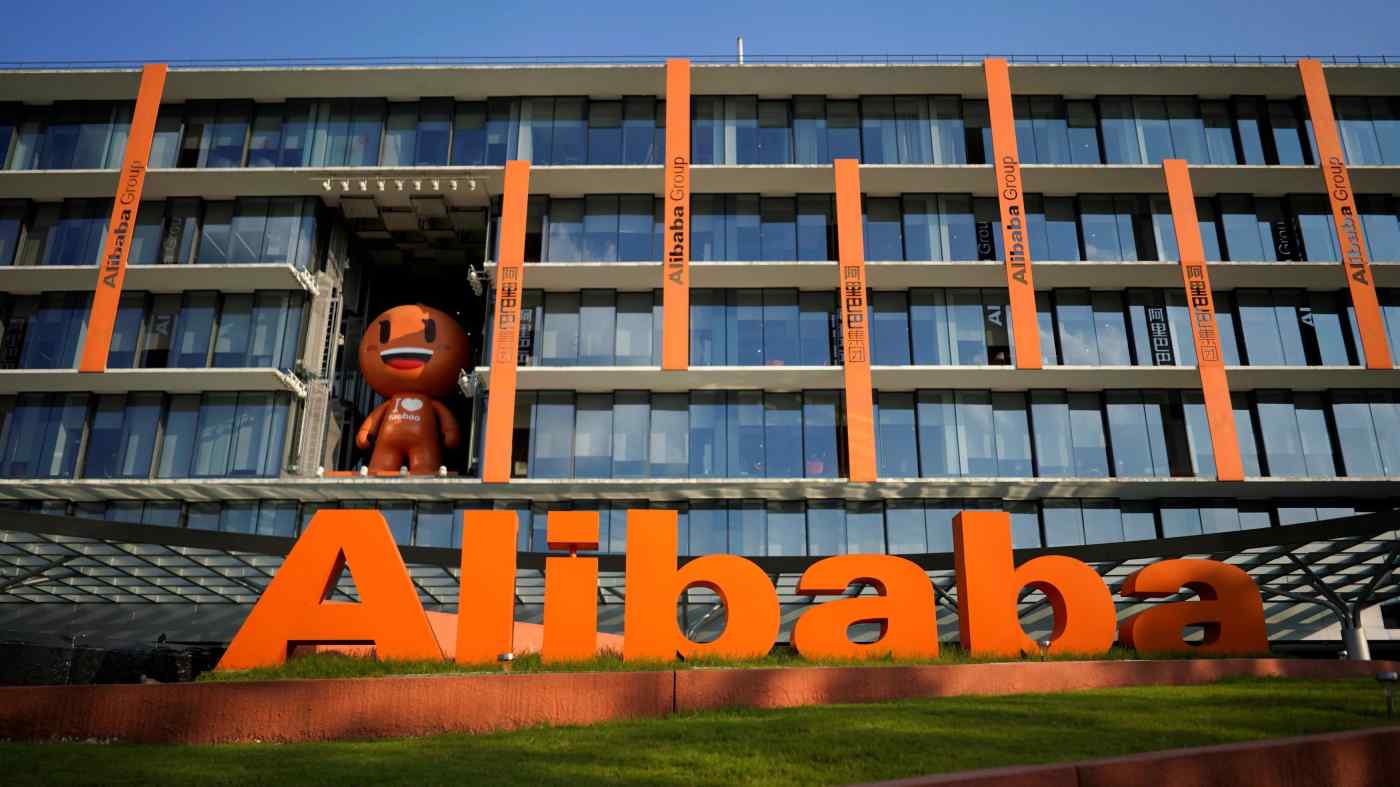 Areas outside of Alibaba's traditional business, primarily new retail initiatives such as its Freshippo grocery chain, now contribute nearly half of the growth in the company's core commerce revenue segment. Sales in cloud computing also grew 64% on the year to reach 9.3 billion yuan.

A $9.7 billion gain from Alibaba's acquisition of equity in affiliate Ant Financial in September lifted the e-commerce company's earnings, which also topped estimates at nearly $4.6 billion on a non-GAAP basis. Alibaba shares rose as much as 3% in morning trading.

The one-time gain also translates to a profit of 277 billion yen ($2.6 billion) attributable to SoftBank Group, a major shareholder of Alibaba. The Japanese group is scheduled to announce half-year results next week. 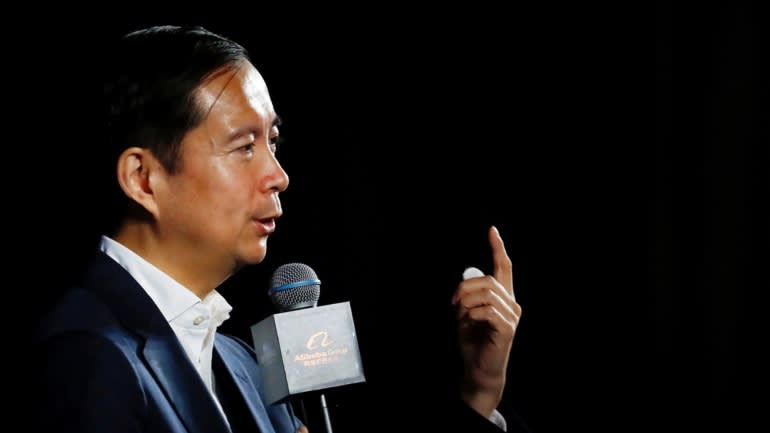 Alibaba Group Executive Chairman and CEO Daniel Zhang attends a ceremony marking the announcement of a strategic partnership between Alibaba Group and Universal Beijing Resort to pioneer a next-generation theme-park experience in Beijing on Oct. 17.   © Reuters

On Friday's earnings call, Alibaba executives also referred to new efforts such as livestreaming, in which merchants or influencers take to Taobao Live or other video platforms to boost sales, as a new consumption driver.

Daniel Zhang, who succeeded company founder Jack Ma as executive chairman, looked into Alibaba's third decade as he spoke about a five-year vision for future growth on the same call Friday, including a goal for annual gross merchandise volume to reach 10 trillion yuan by 2024 from 5.7 trillion yuan last fiscal year.

"We are identifying and executing new initiatives to convert the users from our China retail market business to users of the local services and the digital entertainment platforms," Zhang said. Alibaba operates food delivery platform Ele.me and video site Youku.

The e-commerce company made inroads into China's rural areas and smaller cities as well, a market once seen as a niche occupied by younger rival Pinduoduo, to seek new growth.