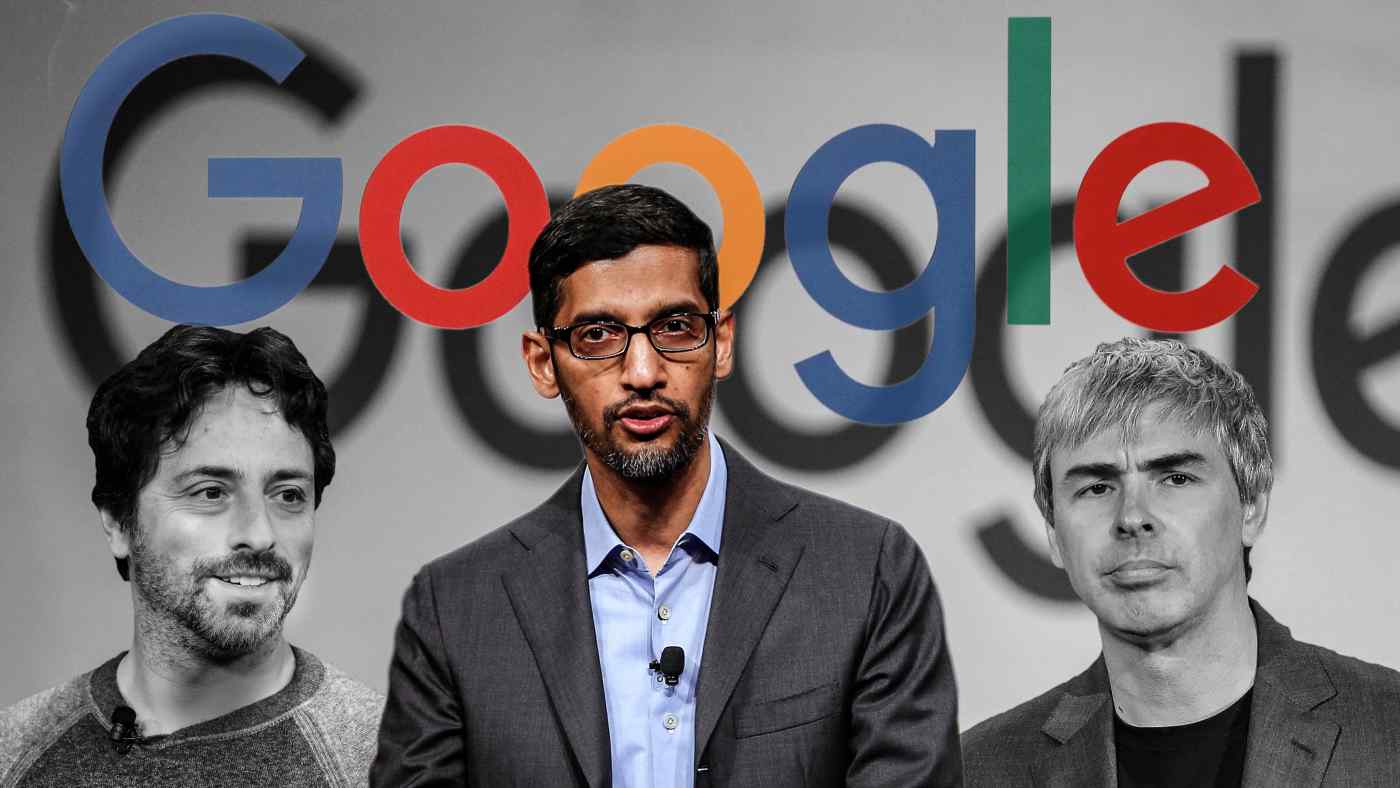 LAS VEGAS/MUMBAI -- India-born Sundar Pichai has been elevated to CEO of Google's parent company, Alphabet, taking over from founders Larry Page and Sergey Brin, who announced their immediate retirement from a company that has grown so dominant in online advertising that it has begun to draw scrutiny from lawmakers around the world.

Page and Brin, both 46, will remain directors on the company's board and its two largest individual shareholders. The co-founders were graduate students at Stanford University when they started Google 21 years ago. Their search engine grew, pivoted into new businesses and went on to define the way internet users sort out the dazzling amounts of data that can be served to their smartphones, TVs and other gadgets.

Born in a university lab, Google has since conquered much of the online world. It is one of Silicon Valley's most iconic brands, and the larger group of companies it is now a part of reflects the shifting paradigm in the heartland of the global tech industry, in American entrepreneurship and in the spirit of innovation itself.

"Today, in 2019, if the company was a person, it would be a young adult of 21 and it would be time to leave the roost," the co-founders wrote in a public letter published on Dec. 3.

The announcement is true to the founders' playful spirit, which they call "Googliness."

Google established Alphabet, a holding company, in 2015. Page served as its chief executive officer, while Brin held the post of president.

Since the establishment of Alphabet, Pichai has been in charge of the company's core online ad business and cloud computing unit, which has assumed increasing strategic importance. Investors believe the absence of Page and Brin from the management team will have no major impact on the company's performance.

One increasingly pronounced trend lurks in the background of the pair's departure. The powerful leadership some founders exert over their tech companies has become a liability rather than an asset. Facebook founder Mark Zuckerberg has become a target of growing criticism concerning privacy and other issues that his social network amplifies.

Amazon.com founder Jeff Bezos finds himself under repeated attack from U.S. President Donald Trump, partly over his ownership of The Washington Post newspaper.

Tim Cook, who took over from co-founder Steve Jobs as CEO of Apple, has so far performed a delicate balancing act over the U.S.-China trade war, allowing his company to remain largely unscathed as the world's two largest economies fight for dominance.

At Microsoft, CEO Satya Nadella, who like Pichai is also India-born, has pushed ahead with the company's foray into the cloud business and has overseen Microsoft's return to the top of the global ranking for market capitalization.

Pichai, who has been CEO of Google since 2015, has a reputation as a corporate captain who keeps his ship stable and balanced. He joined Google in 2004, after working at Applied Materials, the big U.S. semiconductor manufacturing equipment maker, as well as consultancy McKinsey & Company. He was the product manager for Google Drive and Google Chrome, and was a developer of Google Maps and Gmail.

Nadella and Pichai are part of another Silicon Valley trend -- corporations have become smitten with India-born executives. Shantanu Narayen is chairman, president and CEO of Adobe Systems, and Ajaypal Singh Banga is CEO of MasterCard.

As the U.S. presidential election cycle draws near -- the primary process begins next month -- there have been calls to rein in tech titans like Google, Facebook and Amazon. Amid these calls, from pundits and presidential candidates alike, Pichai is well-qualified for his new role at Alphabet.

But there are concerns. One Google executive said it will be a major challenge for a colossal Google, with over 100,000 employees around the world, to exercise proper responsibility while also maintaining its uniqueness.

Google has been able to attract some of the world's best minds by maintaining a startuplike culture, which includes a company compound designed to resemble a college campus.

As for the co-founders' Googliness, Brin once stunned visitors by having Google Glass-wearing sky divers descend on a trade show venue in central San Francisco where the wearable was unveiled. And Page's flamboyant nature every year turns his Palo Alto neighborhood of billionaires into a Halloween carnival that welcomes all-comers.

Their styles are unconventional even by U.S. West Coast standards.

When Google went public in 2004, Page and Brin wrote to shareholders: "Google is not a conventional company. We do not intend to become one." On Dec. 3, the pair posted a letter that says Google's culture will remain unchanged.

But this promise cannot be guaranteed. Going forward, no one knows whether Google and Alphabet will continue to evolve or fall into decline.