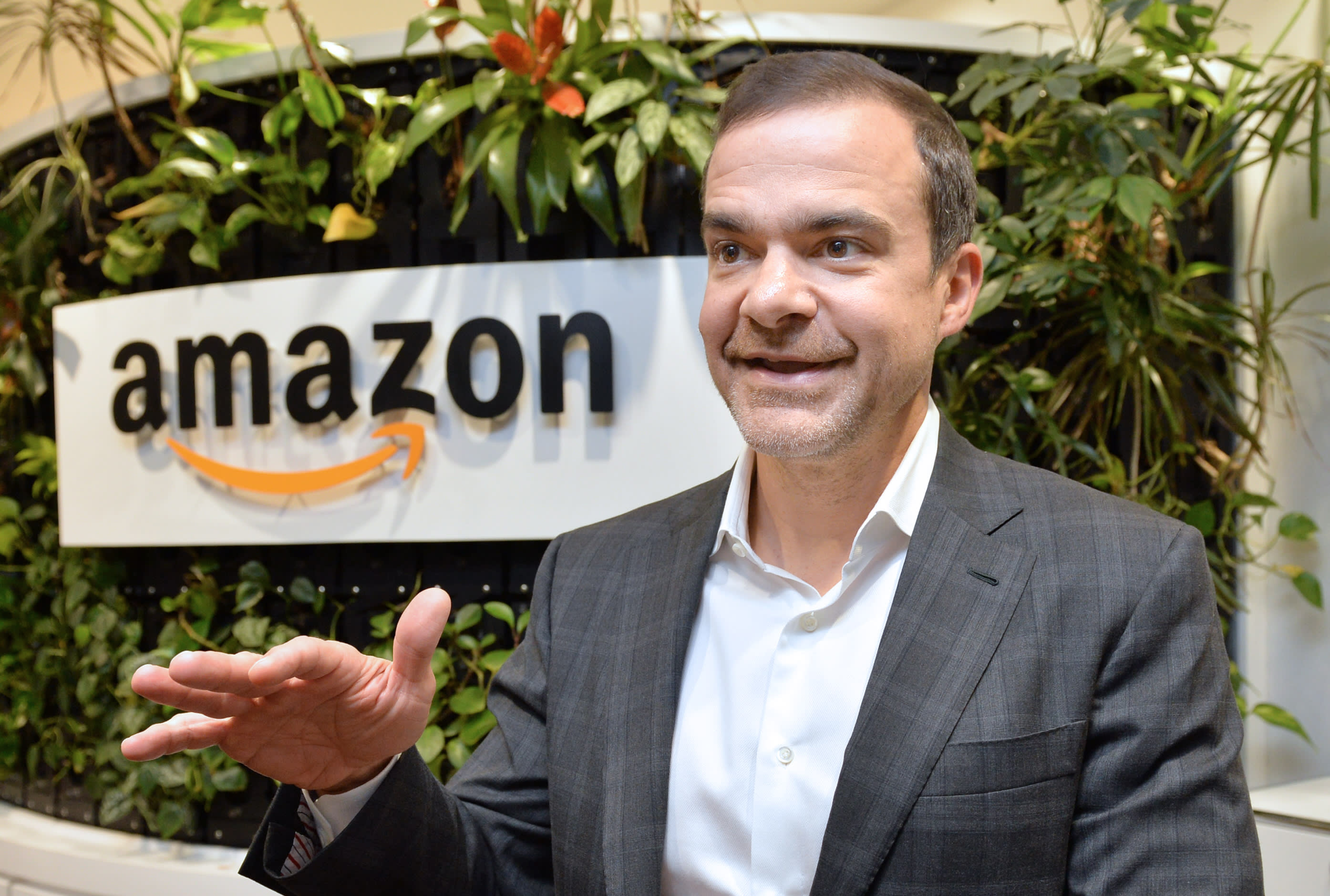 TOKYO -- A senior Amazon executive played down fears that the company's expansion into the physical retail sector will drive competitors out of business. Jeff Wilke, Amazon's CEO of Worldwide Consumer, also defended his corporation's data collection practices during an interview with Nikkei.

"There's no one company that will win all of retail," Wilke said, then used a baseball metaphor. "This is not like a World Series. This is a very large playing field that will have many successful companies."

Wilke's remarks come amid growing concerns of the so-called "Amazon effect," in which the stock prices of companies get hammered on fears that Amazon is about to enter another sector. Last June, when Amazon said it would pay $13.7 billion for the Whole Foods Market grocery chain, the news triggered a sell-off in shares of other U.S. retailers like Walmart.

There are reasons why Amazon's foray into new areas scares off other companies' shareholders.

One is Prime, Amazon's paid subscription program that began as a free shipping service. Subscribers now get a raft of other benefits, like free access to video and music streaming services. On May 16, Amazon announced that Prime members will receive an additional 10% off sale items at Whole Foods.

Prime membership has topped 100 million. Wilke, who oversees the program, said Amazon will "keep adding millions and millions of items that will be available for fast, free shipping," and that he is "looking for other benefits" to add.

Another factor stoking fear of Amazon is that the company has become a leader in artificial intelligence, machine learning and other advanced technologies. In January, a cashier-less convenience store opened to the public in Seattle. Amazon Go gets by with sensors and cameras. "It will take time," Wilke said, "but we will see Go in more and more cities."

Wilke said the store is designed to eliminate the hassle of waiting in checkout lines more than it is to maximize cost efficiency. "I would emphasize that there are people in stores," the executive said. "They are just not operating checkout lanes." 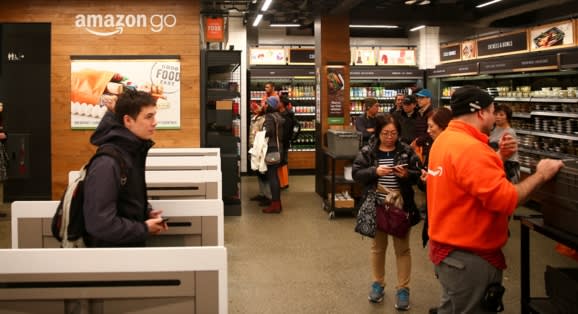 Amazon Go, a cashier-less convenience store, was opened to the public in Seattle in January.   © Reuters

Thanks to its Echo smart home speaker, Amazon is the leader in voice recognition technology. Wilke said Echo will increasingly cater to local languages, including in Japan, where it was rolled out in March, and be able to hold longer conversations.

When asked about possible forays into healthcare, where Amazon announced a joint venture with Berkshire Hathaway and J.P. Morgan Chase, and into finance, Wilke said, "We don't have any plans at present."

But the growing dominance of a handful of tech companies -- including Amazon, currently the world's second most valuable company with a market capitalization of $762 billion -- has drawn scrutiny from regulators in the U.S. and elsewhere. Calls for data collection laws and privacy protections have grown, particularly since Facebook said nearly 90 million users may have had their data harvested by an analytics company tied to Donald Trump's U.S. presidential campaign.

Wilke defended Amazon's data collection practices, saying the company gathers "the same data that retailers have been collecting forever. We use that data to make suggestions to [customers] just like a boutique might remember what you bought last time and suggest clothing that matches it."