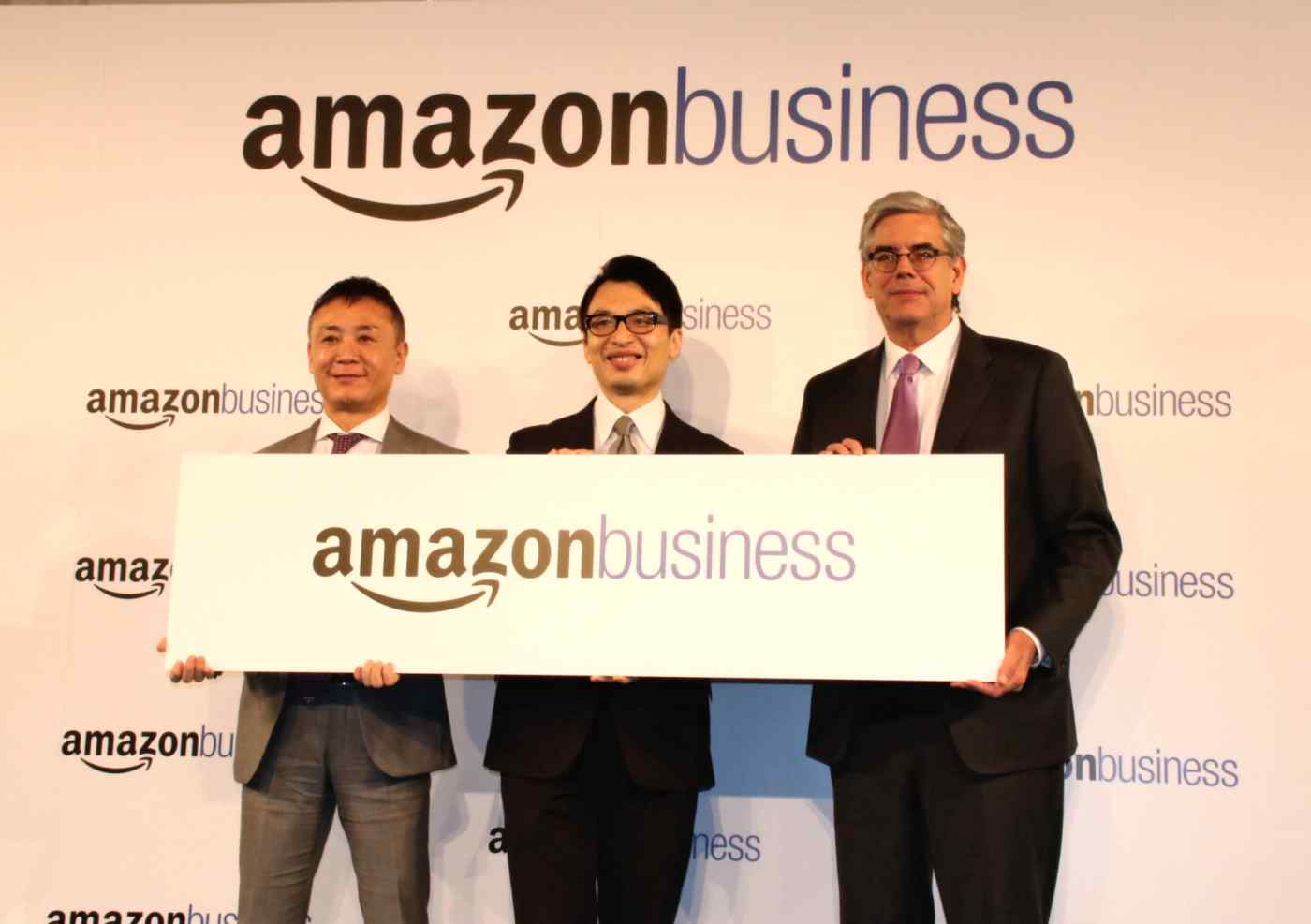 TOKYO -- Amazon.com has launched its business-to-business operation in Japan, where the U.S. tech giant is expected to carve out space against long-established rivals well-versed in this country's corporate norms.

Debuting in April 2015, the Amazon Business online marketplace now connects 1 million companies in America. By setting up a multi-user corporate account, purchasers from separate divisions within a company can access a broad selection of office equipment and other supplies while sharing a single payment method. The platform also supports features such as account controls, for making it necessary to obtain approval for purchases exceeding a certain amount, for example.

Amazon Business later made its way to Germany and Britain. This March, Tokyo-based subsidiary Amazon Japan rolled out the service domestically on a trial basis, reportedly registering thousands of businesses.

When Amazon Business officially went live in Japan on Wednesday, Amazon Japan President Jasper Cheung said the service will meet clients' needs, such as bulk-purchasing of low-priced items across multiple corporate divisions. The statement is backed by Amazon's price competitiveness and the vast catalog of up to 200 million items. Askul, Japan's largest online office supplier, provides access to only about 3.7 million products.

On the Amazon platform, some products are sold by multiple third-party sellers. In such cases, Amazon Business customers can compare prices and merchants. And for now, same-day and next-day deliveries are free, as well as deliveries at specified times.

Amazon Japan even developed features that match domestic business practices. Business account holders can choose to receive an itemized invoice at the end of the month and settle the balance. A feature has also been added to make it easier to put together documents needed for internal purchasing approval.

Late to the game

However, Amazon still has to contend with the fact that Japanese rivals already have a head start in business-to-business e-commerce. Askul, Otsuka and Kaunet, a subsidiary of major stationery and office supply manufacturer Kokuyo, take in roughly 500 billion yen ($4.48 billion) in combined annual sales through their mail-order office supply operations.

Amazon made a name for itself in the consumer market by creating an online operation that is undermining its brick-and-mortar predecessors. This time around, the tech company will be competing for business customers on the same online playing field.

The domestic business-to-business mail-order market stood at 291 trillion yen last year, up 1.3% from the year before, according to data from the Ministry of Economy, Trade and Industry. Japanese corporations, however, place a heavy focus on established business ties and stable procurement. Not a small number of blue chips place purchasing orders for office supply automatically via internal systems. In order to convince them to switch suppliers, Amazon will have to offer attentive services.

Amazon would also be competing with established domestic rivals for orders from small businesses, but it faces challenges here as well. While the number of small and midsize Japanese businesses reaches several millions, not a small proportion of them are not tech-savvy. The likes of Askul accommodate these clients by providing printed catalogs and taking orders by fax.

Domestic rivals also send representatives directly to clients to deal with defective products or other problems. An executive at a major Japanese online retailer is skeptical of Amazon's success in the new business, predicting that Amazon won't be able to offer the level of customer support that Japanese businesses expect from suppliers.

Such doubt is unlikely to stop Amazon, however, since the online retail giant sees enormous potential demand here in Japan. Outside of e-commerce, the company also provides cloud-based systems and logistic solutions. By establishing an online corporate wholesaling presence, Amazon can provide multifaceted services to Japanese businesses with the aid of big-data analysis.

In a way, Amazon Business represents a test case to gauge whether Amazon can further expand its reach in Japan. Steve Frazier, vice president for Amazon Business International, avoided elaborating on that view, only saying that Amazon will start by responding to customer requests for improvement.