An affordable device to aid mobility for the visually impaired 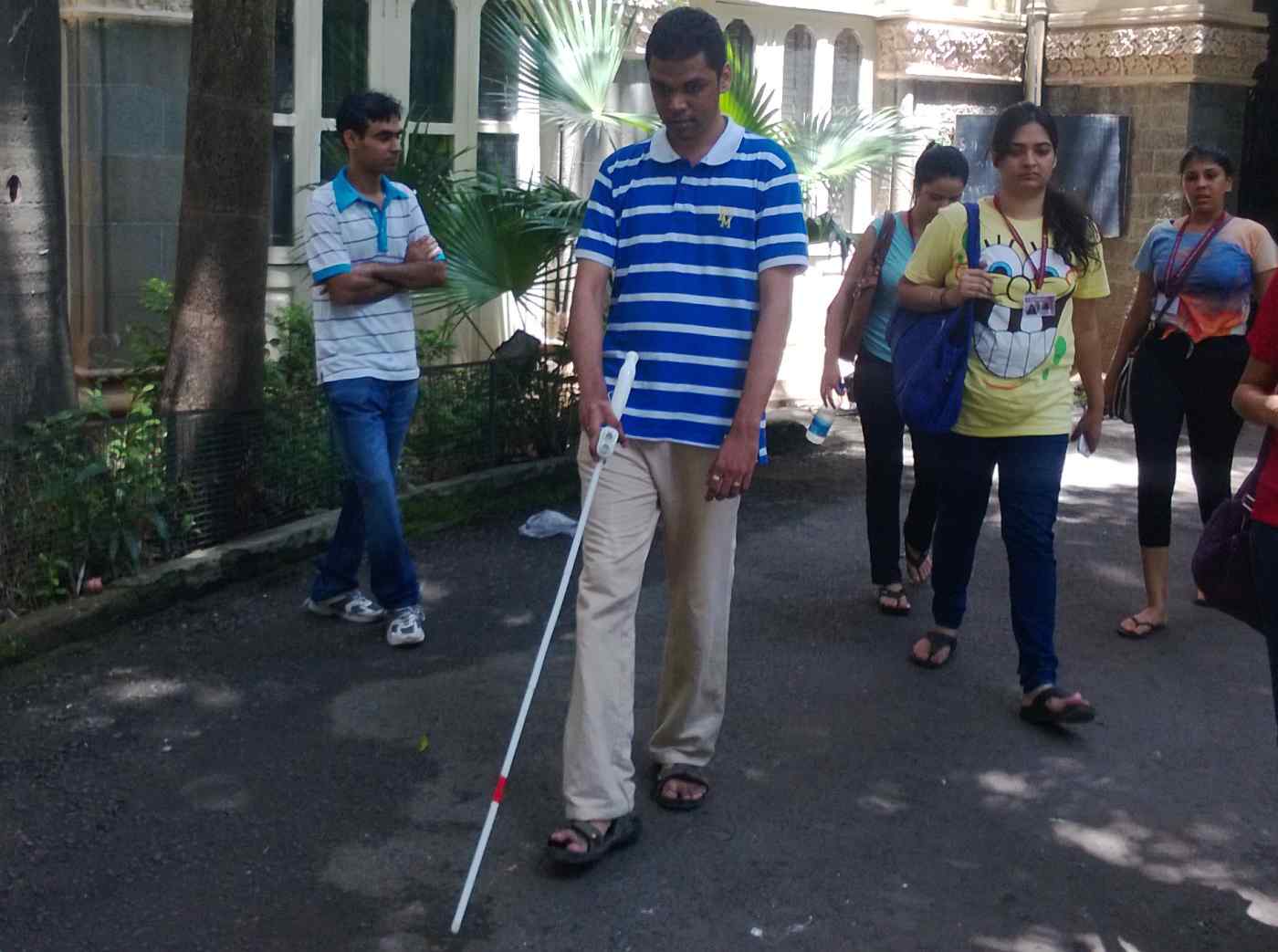 NEW DELHI -- Technology experts in India, home to 12 million blind people, have come up with the "Smart Cane" -- an affordable device to help the mobility of the visually impaired. With 30% of the world's blind population in the country, the device is already helping Indians to get around more safely.

The Smart Cane, which costs 3,000 rupees ($45.6), is the result of a joint effort between the Indian Institute of Technology-Delhi (IIT-D), Phoenix Medical Systems, a Chennai-based manufacturer of health care equipment, and the charity Saksham Trust. The project was funded by the U.K.'s Wellcome Trust.

The device, which can be mounted onto a traditional white cane, uses ultrasonic sensors to detect obstacles at a range of up to three meters. The range of the detected obstacles is conveyed to the user by vibrations to the hand, therefore aiding safer mobility.

A traditional white cane, the most commonly used mobility aid for the visually impaired, cannot detect obstacles that are above knee height, such as a metal barrier on the road or a tree branch, but with the help of a Smart Cane these issues can be overcome, according to IIT-D. The key objective of the project -- the idea for which was conceived in 2005 -- was to create an affordable device. Phoenix Medical Systems is the manufacturer of the product, while Saksham Trust is the distributor.

According to Anubhav Mitra, Executive Director of the Saksham Trust, more than 6,000 Smart Canes have been sold in India, and there is also demand from overseas. "This Smart Cane is already selling in Sri Lanka and Iran," he said, adding that countries including Kenya, Ethiopia and Qatar have also shown interest.

In Japan, a company called Amedia is testing the cane for use in the Japanese market. After initially procuring some devices, the company ordered another 20 for further testing. "The device is expected to be sold in Japan within the next two months," Mitra told the Nikkei Asian Review.

He said their aim is to sell 18,000 Smart Canes in India in the current financial year, which ends in March 2016. "We are also trying to make it available in at least six countries outside India by that time," he said, adding that they have also received individual requests for the device.

In India, where the blind population includes 300,000 children, the device is available at a subsidized price of 3,000 rupees. A comparable cane costs 65,000 rupees or above outside India.