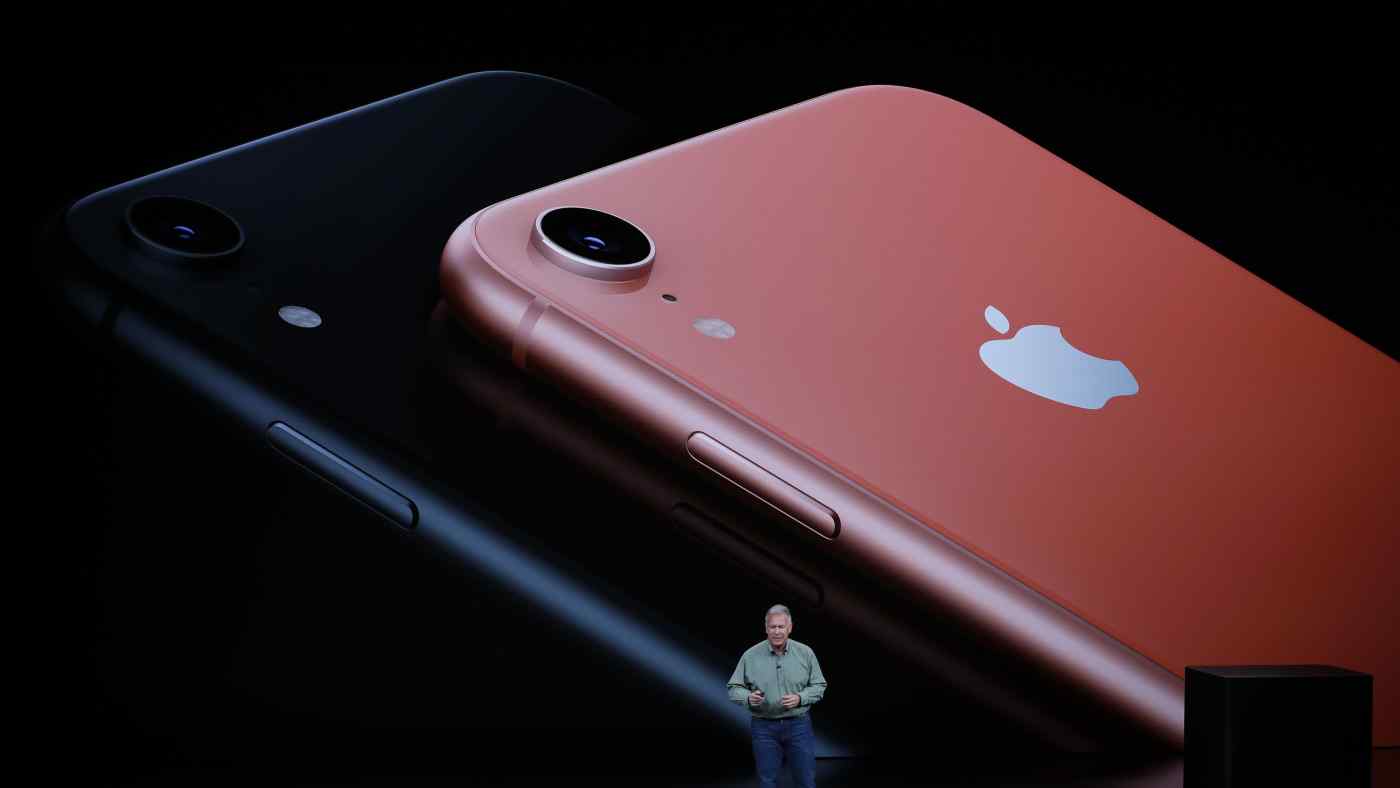 Demand for the iPhone XR has been weaker than expected, based on Apple's discussions with suppliers.    © Reuters
LAULY LI and CHENG TING-FANG, Nikkei staff writersNovember 5, 2018 18:27 JST | North America
CopyCopied

"For the Foxconn side, it first prepared nearly 60 assembly lines for Apple's XR model, but recently uses only around 45 production lines as its top customer said it does not need to manufacture that many by now," a source familiar with the situation said.

That means Foxconn, the Taiwanese company traded as Hon Hai Precision Industry, would produce around 100,000 fewer units daily to reflect the new demand outlook -- down 20% to 25% from the original optimistic outlook, this person said.

"The utilization for the XR production is not reaching its maximum capacity now," the source added.

Apple also had asked smaller iPhone assembler Wistron to stand by for rush orders, but supply chain sources say the company will receive no orders for the iPhone XR this holiday season.

Apple, the world's most profitable smartphone company, had great expectations that the iPhone XR would jump-start shipments this year. This lower-cost model debuted alongside the iPhone XS and top-of-the-line XS Max.

Yet the California-based tech company instead is requesting more of the older iPhone 8 and iPhone 8 Plus models, which are up to 20% cheaper than the XR's starting price of $749.

"Suppliers of iPhone 8 and iPhone 8 Plus are getting a combined order of around 5 million more units," one source said. Apple previously planned 20 million units for the older iPhone models this quarter, but raised the figure to 25 million units, the individual said.

Foxconn is the main supplier for iPhone 8 Plus, while Pegatron is the key supplier for the smaller-screen iPhone 8.

Apple did not respond to Nikkei Asian Review's request for comment. Foxconn, Pegatron and Wistron declined to comment.

The moves to add orders for year-old iPhone models while suspending extra production for the latest product illustrates Apple's lack of innovation and inability to energize consumers with such a pricing strategy. Last year, Apple gave rush orders for the iPhone 7 series following the launches of the iPhone 8 series and premium iPhone X.

The company is now reviewing iPhone demand weekly to adjust orders quickly in response to the market, a source said.

Apple gave a lukewarm forecast for the holiday season on Thursday. The company also said it will cease disclosing unit shipments for iPhones, Macs and iPads beginning in the December quarter. The unexpected policy change raised concerns that the U.S. tech giant is struggling to spur unit sales growth looking ahead.

"Apple's move will hamper the predictability of earnings," Jeff Pu, a Hong Kong-based analyst for GF Securities, told the Nikkei. The American company's reluctance to disclose shipment volumes also suggests that Apple faces the possibility of its first annual decline next year and wants the public to focus elsewhere, the analyst said.

"The chance for Apple to revise upward its production for iPhone XR and iPhone XS during this Christmas holiday season is very thin, given the forecast provided by the company and our supply chains check," Pu said. Demand for the most premium iPhone XS Max is only slightly better than that for the other two new models, the analyst said.