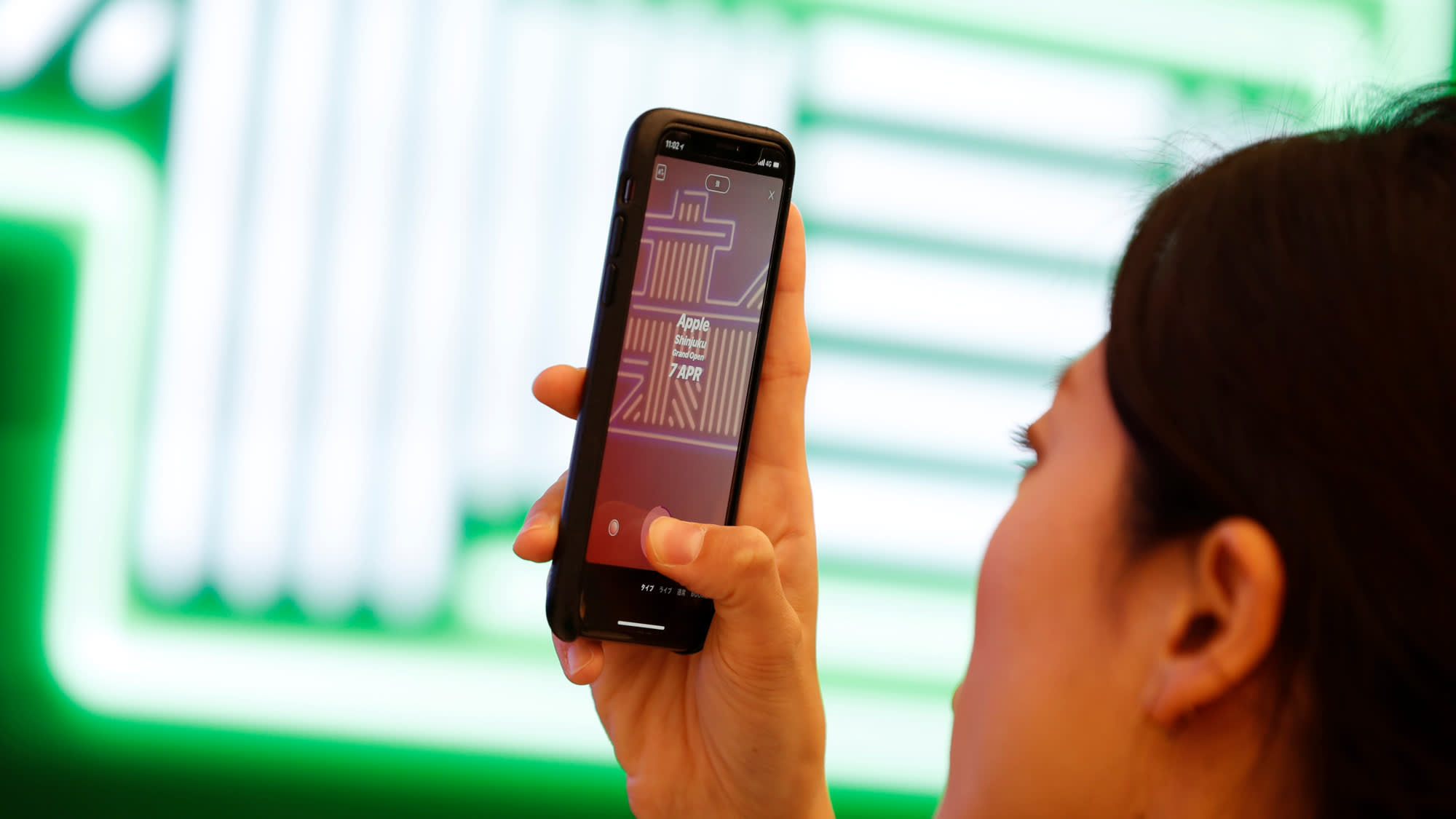 A guest takes a video using her iPhone during at the Apple Shinjuku store in Tokyo. TSMC's revenue from mobile-related chips, the most important growth-driver for the past decade, is expected to decline in 2018.   © Reuters
CHENG TING-FANG, Nikkei staff writerJuly 19, 2018 23:30 JST | Taiwan
CopyCopied

TAIPEI -- Taiwan Semiconductor Manufacturing Co., the world's biggest contract chipmaker and a key Apple supplier, on July 19 forecast a mobile revenue decline for this year, while cutting its full-year sales growth target for the second time in three months. It cited continuous weakening of demand for cryptocurrency-mining chips.

The Taiwanese chipmaker has been the sole supplier of iPhone core processor chips since 2016, and is a barometer for global electronics demand. Some 450 chip builders worldwide -- including Apple, Nvidia, Broadcom, AMD, NXP, Qualcomm, MediaTek, and Huawei's chip unit Hisilicon -- rely on TSMC's chip production technology.

"We forecast TSMC 2018 revenue in U.S. dollars will grow by a high single-digit rate, rather than the previously stated forecast of about 10%, due to weakness in cryptocurrency mining demand," Chief Executive and Vice Chairman C.C. Wei told an earnings conference.

In April, TSMC revised down its revenue growth target of 10%-15% to "about 10%" in U.S. dollar terms, citing soft premium phone demand and volatility in the cryptocurrency mining market.

Although Wei said his company currently saw a "slight improvement" in demand for high-end phones from three months ago, the company's revenue from mobile-related chips, the most important growth-driver for the past decade, would still decline in 2018 from the previous year.

Mobile-related revenue would account for around 40% to 43% of revenue this year, compared with around 50% of the company's sales in 2017, according to the company.

Chairman Mark Liu said the current U.S.-China trade war would have a "minimal impact" on TSMC's business and its customers, under its current evaluation. 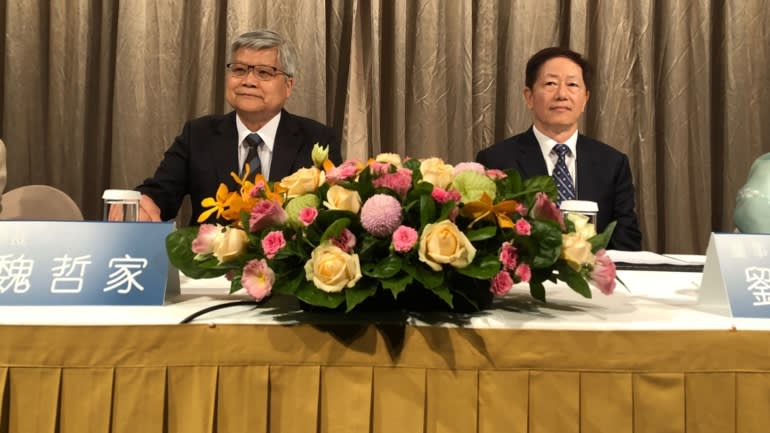 For the July-September period, TSMC forecast revenue of between $8.45 billion and $8.55 billion -- assuming an exchange rate of NT$30.5 to the dollar -- up 1.5%-2.7% on the year, and up 8.25% at the midpoint quarter-over-quarter. The sales guidance was conservative for a traditionally robust season in which many would normally expect growth of 15% from the previous quarter. But the guidance is already a bit more bullish than the views of some analysts more concerned about demand for smartphones and cryptocurrency. Gross margin for the current quarter will be 48%-50%.

Wei said TSMC's leading-edge 7 nanometer process technology is already entering mass production and would contribute more than 10% of the company's revenue for the September quarter, and more than 20% for the last quarter this year. Wei also said the even more advanced 5 nanometer process technology -- which will be the industry's first -- would enter mass production by early 2020. The smaller the nanometer size, the more expensive and challenging it is to develop, and the more powerful and advanced the chips.

Apple's latest A12 core processor chips that will go into upcoming iPhones this Fall -- currently under production -- adopt the 7nm technology. Huawei's upcoming premium Kirin 980 chipset and Qualcomm's flagship Snapdragon 855, which will be available in early 2019, also both adopt the technology.

TSMC trimmed full-year capital expenditure by $1.5 billion to between $10 billion and $10.5 billion for 2018, from up to $12 billion in April. The company attributed the $700 million reduction to delayed payment for a leading-edge production tool, to be pushed into 2019. This could have an impact on the 2018 revenue of TSMC's key equipment suppliers, such as Dutch chip gear maker ASML. But company Chief Financial Officer Lora Ho said the cut was unrelated to market demand, while "planned capacity remained unchanged." TSMC is seen as a barometer for global electronics demand.

"We believe weakening demand for cryptocurrency mining chips could continue to next year and we are also concerned about the risk on stock market performance due to the escalating Washington-Beijing trade war," said Mark Li, an analyst at Sanford C. Bernstein.

The market has been digesting the slowing demand woes for a while, which could create an entry point for investors, he added. "Even if the current quarter, a traditional robust season, looks relatively lackluster, we still think there might be some upside for the last quarter to be stronger than seasonality this year as Apple's orders continue to kick in."

"For the fourth quarter, we see downside from China smartphones, while cryptocurrency mining chips are likely to stay weak," said Gokul Hariharan, an analyst at JP Morgan, in a research note. "On the upside, we believe Apple iPhone-related chip builds are too cautious and could see scope for upward revisions post-iPhone launch in September."

Randy Abrams, an analyst at Credit Suisse, lowered annual sale forecasts made earlier in the quarter, but expects TSMC to gain share from making chips on the 7nm process technology for Qualcomm and AMD in 2019.

TSMC's Ho said the chipmaker maintains its revenue compound annual growth rate forecast at 5%-10% until 2021, with the gross margin at around 50%.