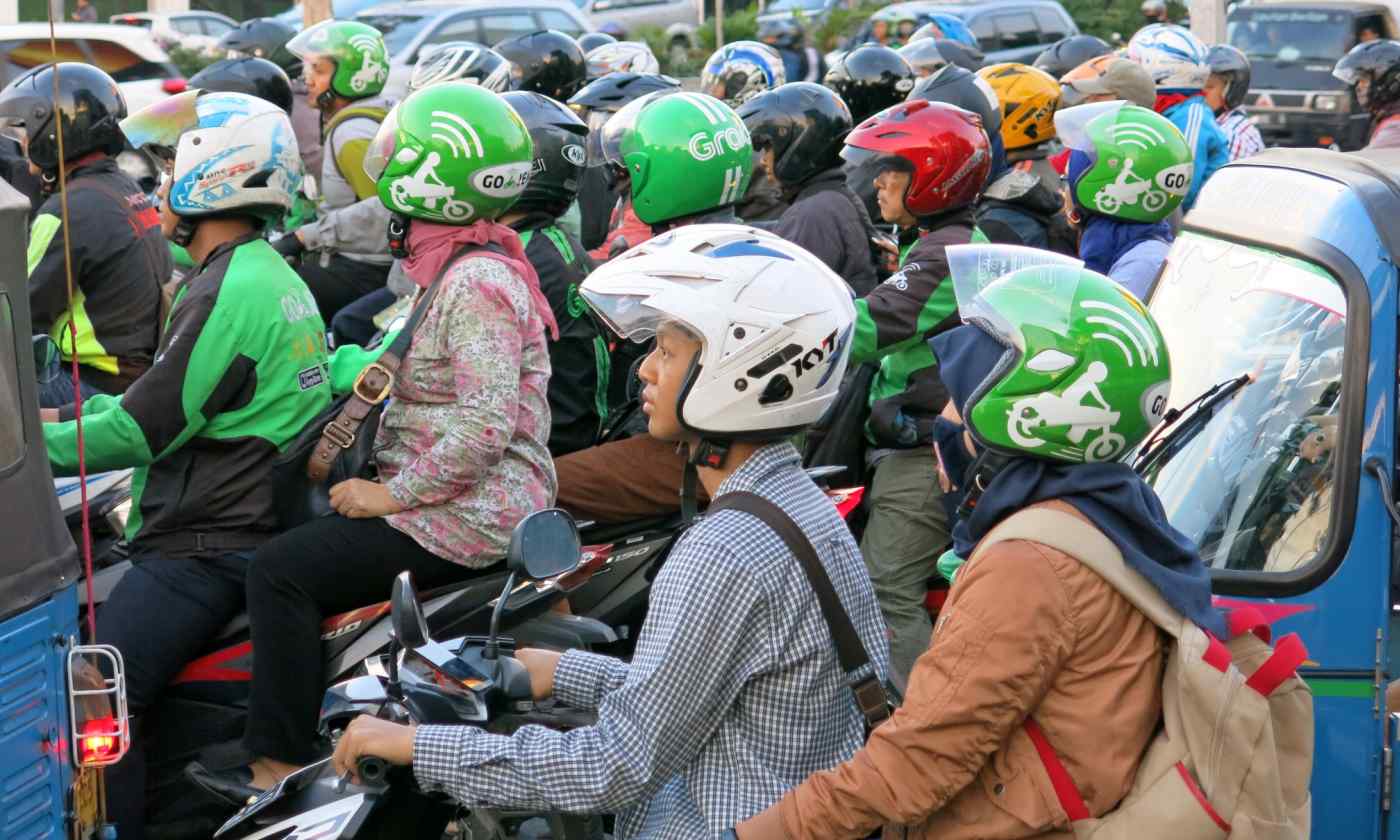 TOKYO -- Asia now has 75 unicorn startups, accounting for 40% of the global total by value, a feat made possible by the region's booming on-demand industry -- especially in China.

Founded in 2012, Didi Chuxing Technology now boasts over 400 million users of its popular ride-hailing app. Last year, the Chinese startup bought out the mainland operations of U.S. rival Uber Technologies. The app has penetrated so deeply that it is now often difficult to find a regular cab in China.

"I use [Didi] whenever I take a taxi," said a Beijing resident in her 30s. "It's very convenient because you can pay by smartphone."

Globally, there were 220 unicorns -- unlisted startups worth over $1 billion -- as of Dec. 1, according to U.S. research firm CB Insights. Their aggregate appraised value topped $763 billion. 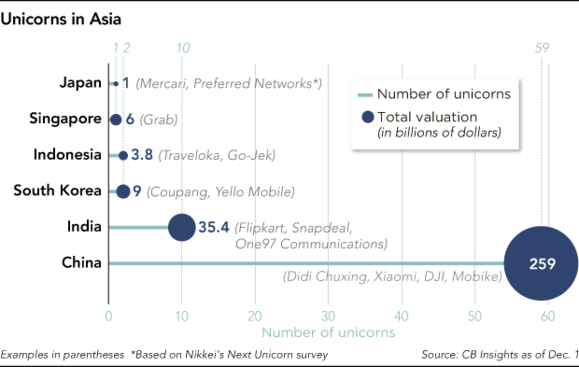 Uber is the biggest unicorn of them all at $68 billion. These outfits are named after a mythical creature because they used to be so rare. But they currently inhabit 22 countries worldwide. Africa has three.

India has 10 unicorns. E-commerce retailers Flipkart and Snapdeal are the two most valuable. Flipkart is the eleventh-ranked unicorn in the world at $11.6 billion, but the biggest e-tailer in India, beating out U.S. giant Amazon.com, which ranks second in the South Asian country.

Flipkart launched its MarQ private label for home appliances this October, selling 24- and 32-inch televisions under the label, with a 40-inch model on the way. The company is also said to be considering a stake in an online ticket seller. Southeast Asia, home to more than 600 million people across 10 countries, has three unicorns. Two are ride-hailing companies: Grab, a Malaysia-based company whose main market is Singapore, and Indonesia's Go-Jek. Rounding out the trio is Traveloka Holding, also based in Indonesia, which runs an online travel-booking portal. What makes Grab and Go-Jek unique are their fleets of two-wheelers and other services tailored to local needs. The two startups also deliver food and other items, which one chief of an Indonesian online retailer says is "bringing about a revolution in e-commerce."

Grab offers three-wheeled vehicles with sidecars in the Philippines, and multipassenger wagons in northern Thailand modified from pickup trucks. The company is providing "hyperlocal" services, said Brian Cu, the head of Grab Philippines.

But Japan, a traditional technological leader, is largely missing from the picture. CB Insights only notes Tokyo-based Mercari, which runs a trendy virtual flea market. The Next Unicorn survey, conducted jointly by The Nikkei and the Japan Venture Capital Association, also identifies Preferred Networks, a Tokyo artificial intelligence company seen valued at over 230 billion yen ($2.05 billion). Given Japan's economic standing, its lineup of unicorns does not compare favorably with those of emerging nations.