Taiwan's Asus hopes to put the price manipulation case behind it by paying roughly 65 million euros to settle the matter.   © Reuters

TAIPEI -- Taiwan's Asustek Computer, known as Asus, on Friday said it reached an agreement with the European Union to pay about 65 million euros ($77.6 million) to settle allegations of price manipulation in its PC business in Europe.

"Although it is a high price to pay, this is the outcome we have to face and accept," Asus Chief Financial Officer Nick Wu said at the company's earnings briefing for the January-March quarter in Taipei. "Asus will train employees more carefully to abide by the law to prevent a similar case from happening again."

The European Commission in February 2017 launched separate antitrust investigations into Asus, Denon & Marantz, Philips, and Pioneer for allegedly breaching EU competition regulations. The companies were probed for restricting the ability of e-commerce operators to set their own prices for consumer electronics such as notebooks, hi-fi products and household appliances.

The suspected price manipulation may have a broader impact on not only the online retailers who collaborate with the companies but also on other e-tailers. This is because the pricing software of many online retailers automatically adjusts prices to those of leading e-commerce competitors, according to the European Commission's press release in February last year.

"As a brand vendor, it is not uncommon to negotiate a setting price with retailers in each region to ensure a certain level of margin. But [that practice] could easily step on the EU's red line if not handled carefully," an industry source said. 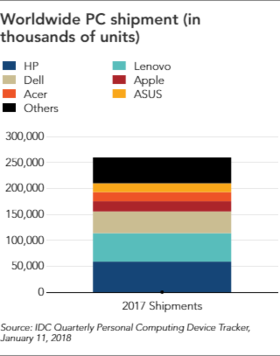 It is unclear how long Asus engaged in the alleged behavior as the Taipei-based company declined to provide details about the case.

The probe into Asus lasted nearly a year, with the company's offices in France and Germany searched. Asus' legal team and high-ranking management flew to Europe to provide documents to the commission, as a way to show the company's sincere cooperation, according to a source at Asus.

As the investigation wound down, CFO Wu said Asus had set aside 65 million euros to settle the case. That took a toll on the bottom line for the January-March quarter, which plunged 35% on the year and 41% on the quarter.

Looking ahead, Asus said its PC-related device shipments could shrink by as much as 12.5% in the April-June quarter from the preceding quarter as it is a traditionally slow season. Asus was once the world's fourth-largest PC vendor, but it has been overtaken by Apple and had dropped to sixth place as of last year. Taiwanese peer Acer ranked fifth, the IDC data showed. Among the world's top six vendors, Asus' shipments dropped the most, falling 10.6% last year.

Asus Chief Executive Officer Jerry Shen said the company continues to shift its focus from mid- to low-end notebooks to higher-margin ones, such as gaming and thin-and-light notebooks, amid the PC industry's persistent headwinds. 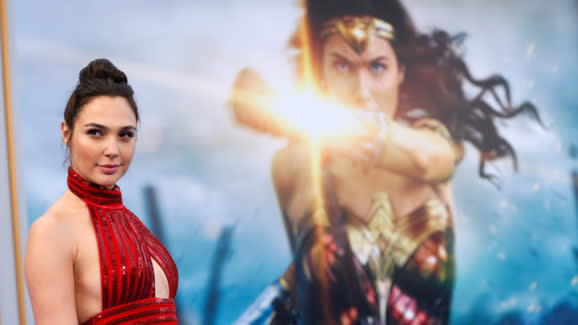 Asus has hired Gal Gadot, the star of the Hollywood blockbuster "Wonder Woman," to be the company's notebook ambassador this year.

The company also rehired South Korean actor Gong Yoo, who received a warm response from audiences in Northeast and Southeast Asia for his character in the TV drama "Guardian: The Lonely and Great God," to be the face of Asus' smartphone brand in the Asia-Pacific region for a second consecutive year.

It is debatable whether the celebrity fame will do much for Asus' PC and smartphone sales, as both industries are slowing down, said Calvin Wei, an analyst at Yuanta Securities Investment Consulting. "But one thing certain is that Asus' operational expenses are expected to surge this year on the endorsement expense," he said.