Automakers in China put the brakes on production 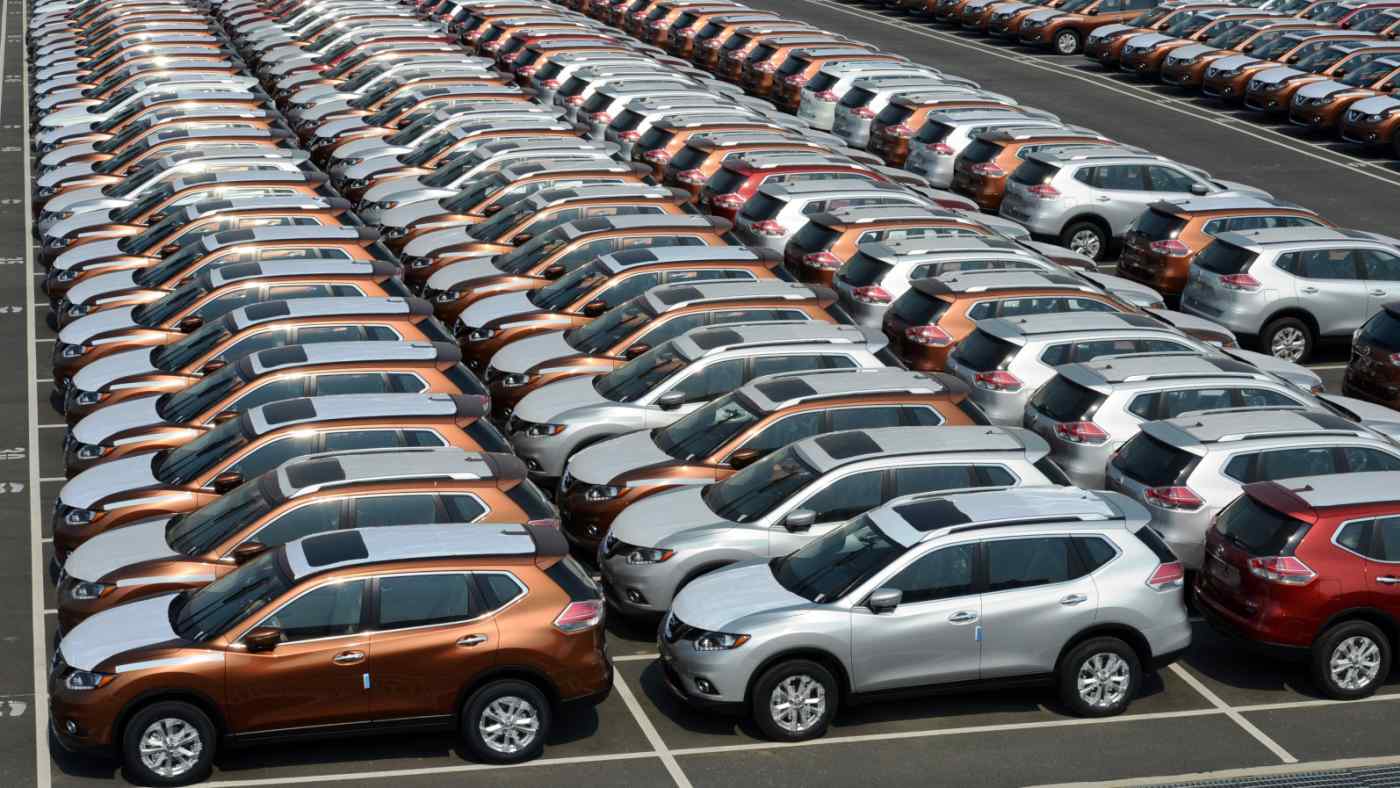 BEIJING/TOKYO -- Global automakers are slashing production at their plants in China as sales stall in the world's largest car market, a slowdown that threatens to become a drag on the nation's economic growth.

Companies that are cutting back include Ford Motor of the U.S., whose sales remain stuck in reverse, and South Korea's Hyundai Motor. More recently, Japan's Nissan Motor and Mazda Motor are cutting output in China by about 20%.

New car sales in the country this year are expected to fall for the first time in 28 years, with the overall plant utilization rate dropping to just over 60%.

Starting this month, Nissan began reducing output at three key plants, including ones in Dalian, Liaoning Province and Zhengzhou, Henan Province. The automaker plans to cut back by about 30,000 vehicles per month until March, suspending production lines and implementing other measures to bring inventory down.

Mazda is looking to cut output, including local contract production, by up to 20% on the year in the six months through June 2019.

Although Japanese automakers had performed well compared to their slumping American and South Korean rivals, they are now starting to feel the impact of the shrinking market.

Ford's vehicle sales in the 11 months through November fell 34% and its plant utilization rate sank below 50%. General Motors' output at a small commercial vehicle plant in southern China fell 40% in November. A congested street in central Beijing. The Chinese capital has reduced the number of licenses it issues to cut down traffic. (Photo by Akira Kodaka)

Hyundai started to curtail output in 2017, and its plant utilization rate is slumping at about 60%, according to an executive at a local parts maker.

Chinese automakers, including China FAW Group and China Changan Automobile Group, are thought to have reduced output of their own brands.

Meanwhile, neither Toyota Motor nor Honda Motor has plans to cut output, as sales remain solid for their key models. Germany's Volkswagen had to cut output only several percent in November, as sales of its luxury brands remain brisk.

China's new car sales for 2018 are expected to fall for the first time in 28 years, with monthly figures having dropped for the fifth consecutive month in November.

Analysts attribute the slump in part to difficulties in having new cars registered due to government policy aimed at alleviating traffic congestion and air pollution. Restrictions are in place in eight cities, including Beijing and Shanghai, and were introduced into Hainan Province in 2018.

A broader consumer trend of declining luxury spending associated with falls in property prices has also brought down new car sales in smaller regional cities, which had been the drivers behind sales. Another factor is the spike in demand in late 2017 ahead of the discontinuation of tax incentives for small cars, which had temporarily bumped up figures.

According to PricewaterhouseCoopers, the utilization rate for China's vehicle plants was over 70% five years ago, but has recently fallen below that figure. Local media have reported that total annual production capacity is projected to increase to 45 million vehicles in 2025, from 40 million at the end of 2018.

The government is also on guard against excess capacity in production from developing and plans to ban new manufacturing plants for gasoline-powered vehicles unless the plant utilization rate of the region is above the national average.

Autos are China's largest industrial sector, estimated to account for about 3% of GDP. Once sales and services such as maintenance are included, some see the industry accounting for around 10% of GDP. This gives it a large influence over the nation's overall economy.