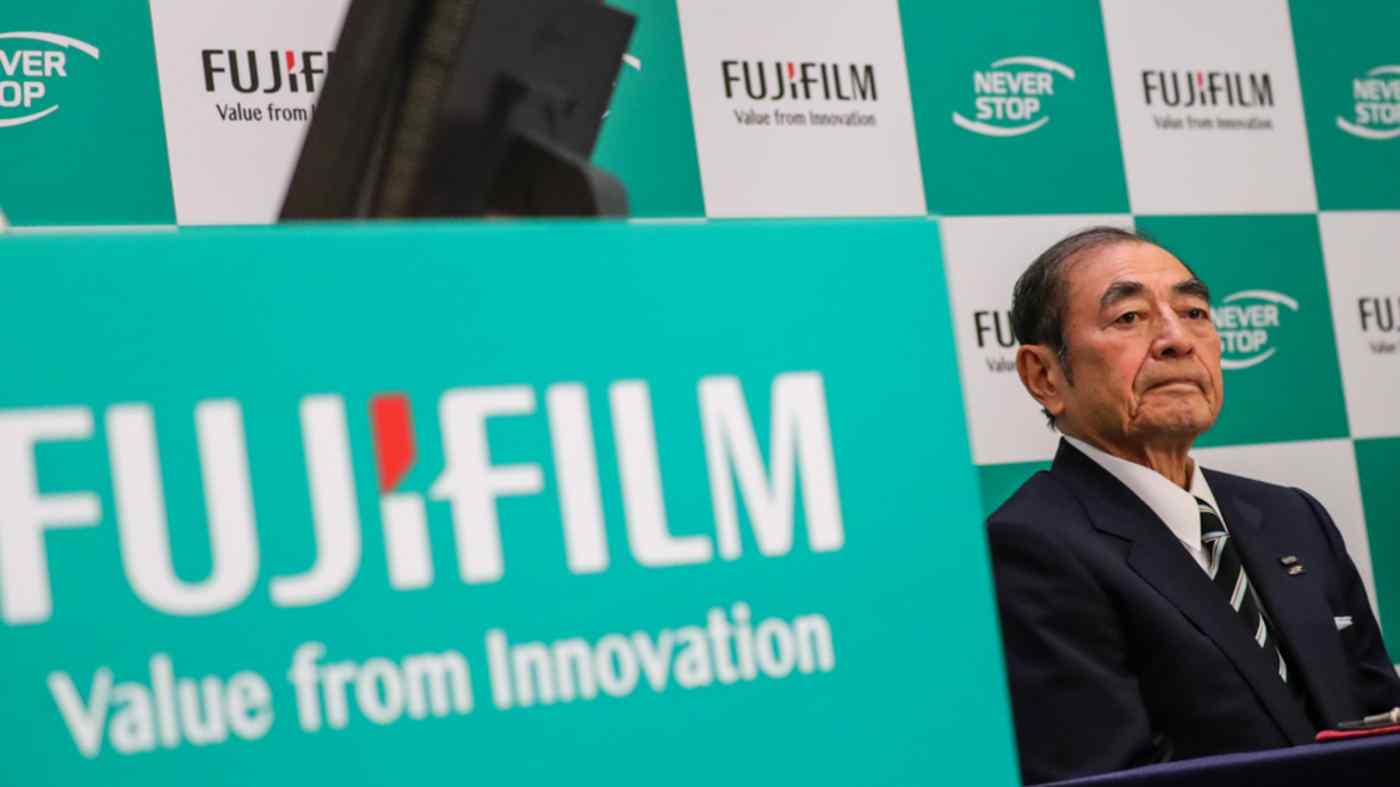 TOKYO -- Fujifilm continues to call itself a photographic filmmaker, but the Tokyo-based company sees its future in the health care business.

The idea may sound over the top but it was brought sharply into focus on Wednesday after Chinese authorities said Avigan, an anti-flu drug developed by Fujifilm's Toyama Chemical unit, had been shown in trials to be an effective treatment for the new coronavirus. Shares in Fujifilm rose 15%.

For the 86-year-old company, transformation has been part of its history. Established in 1934 out of the need to create a filmmaker in Japan following the failure to license technology from Eastman Kodak, the Japanese company has evolved from film to photocopiers to cameras, and now to drugs and medical equipment.

Currently, health care accounts for 20% of Fujifilm's 2.5 trillion yen ($22.86 billion) in revenue, but the company has a goal of doubling the division's revenue over the next five years or so, to make it a pillar of its business along with office equipment.

Fujfilm has made big transitions before. When it partnered with Xerox in 1961, the company started its transition from old school silver halide photography to electronic imaging, which is now widely used in photocopying equipment.

The company went on to transition to digital imaging, office equipment and other areas of business, when rival Eastman Kodak stuck with the film business and went bankrupt in 2012.

"Growth at Fujfilm will be driven by medical equipment and biopharmaceutical businesses," said Tomoki Komiya, analyst at Mitsubishi UFJ Morgan Stanley Securities, in a research note. Fujifilm's health care business began in earnest in 2008 with the acquisition of Toyama Chemical through a takeover bid.

In the past few years, the company has aggressively expanded in the health care field, acquiring U.S. iPS cell developer Cellular Dynamics International in 2015, Japan's Wako Pure Chemical in 2017, a biopharmaceutical production unit of Biogen in 2018 and Hitachi's diagnostic imaging unit in December.

The man behind the M&A drive is Shigetaka Komori, the company's 80-year-old CEO.

A well-known golf-buddy and supporter of Prime Minister Shinzo Abe, Komori may now have a chance to help the prime minister deal with the coronavirus. The pandemic is the biggest economic and political challenge since Abe came into office in 2012, and comes as Japan is desperate to persuade the world that the Olympics, scheduled to start in Tokyo in July, can remain on track.

Avigan has been more cautiously received in Japan and South Korea as a potential treatment for coronavirus patients, partly because of its side effects. But Fujifilm is also now developing a new testing reagent for the coronavirus, a development that could allow large-scale testing.

Komori, who has been at the helm of the company since 2000, stresses the need for long-term investment while dismissing what he sees as the short-termism of American capitalism, calling it "too shareholder-centric."

Komori was blocked from taking over Xerox, a joint venture partner, by Carl Icahn, an 84-year-old American activist investor and Xerox shareholder, who demanded the Japanese company pay more for Xerox, saying it was significantly undervalued. The dispute resulted in a dissolution of the 57-year-old office equipment joint venture, Fuji Xerox.

The office equipment business is now the pillar of Fujifilm's operations, accounting for over 40% of its revenue. The business will continue, but under a new brand, Fujifilm Business Innovation, starting in 2021.

Komori's M&A strategy depends on the office equipment business, which is not expanding in the age of paperless offices but remains a solid profit earner.

The company's success in changing course when necessary means some analysts voice confidence in its future.

"Fujifilm began restructuring in the early 2000s, and we think further large-scale structural reforms will be unnecessary," analysts at Citigroup Global Markets Japan said, "given the alertness of both the management team and mid-tier executives compared with peers and their crisis response track record."