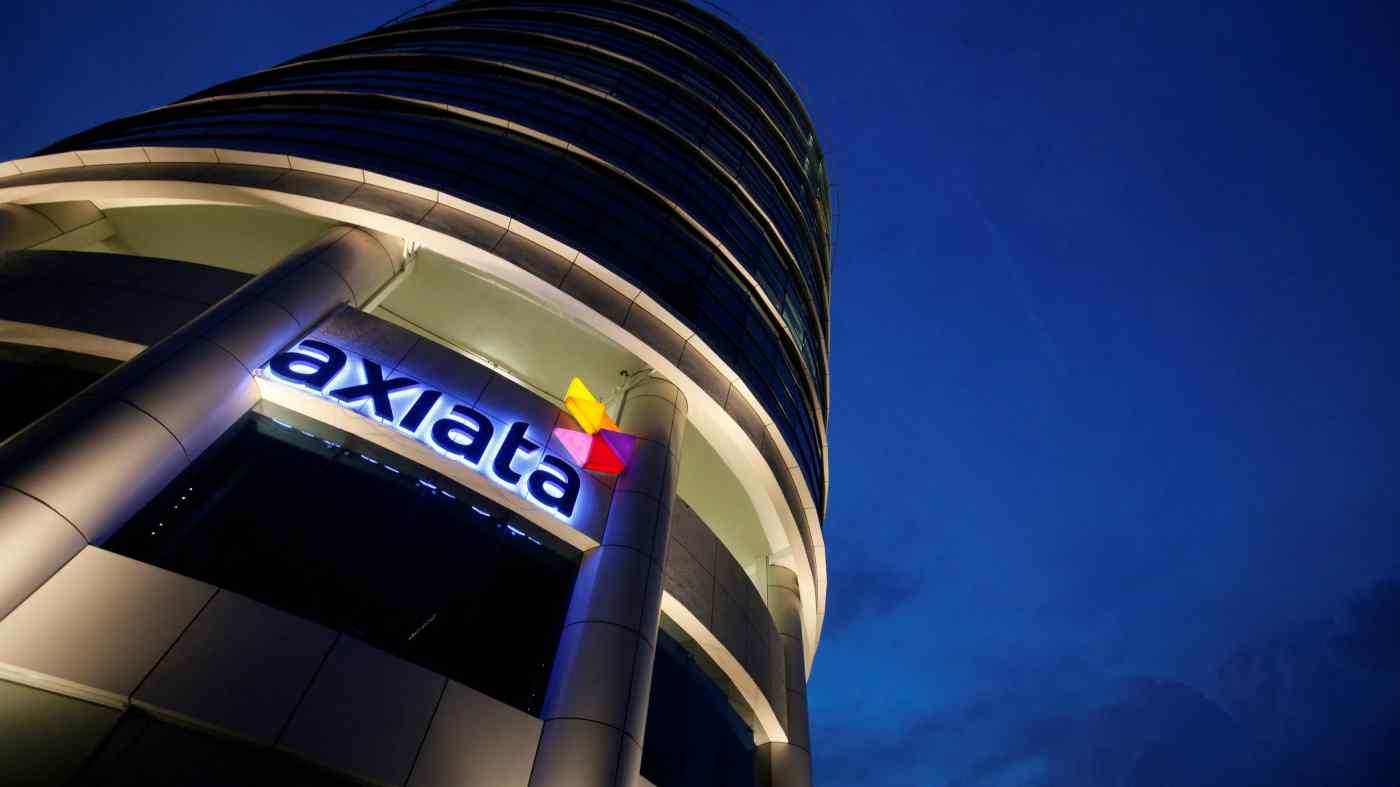 Axiata, which is headquartered in Kuala Lumpur, said that it is in talks with Telenor about joining their Asia operations.   © Reuters
KENTARO IWAMOTO, Nikkei staff writerMay 7, 2019 23:32 JST | Malaysia
CopyCopied

Axiata's stock closed at 4.64 ringgit, up nearly 15% from Friday after a trading halt on Monday. The benchmark Kuala Lumpur Composite Index rose 0.4% on Tuesday.

Telenor and Axiata said the talks could produce a telecom that operates in nine Southeast and South Asian countries, with expected revenue of 50 billion ringgit ($12 billion).

They claimed that the merged entity would be the biggest operator in Malaysia, Cambodia, Myanmar, Bangladesh, Nepal and Sri Lanka, while ranking second in Indonesia and Pakistan, and third in Thailand.

"The combination of Telenor's strong management team and global best practices with Axiata's vast geographical footprint should result in substantial business synergies and cost savings," Chow noted in a report on Tuesday.

Affin Hwang Capital raised its target share price for Axiata from 4.09 ringgit to 5.20 ringgit, saying that it removed the Malaysian group's discount factor in the valuation as the Telenor deal would "help unlock the value of its underlying operating companies."

Malaysia's MIDF Research also noted in a Tuesday report that the latest development was positive.

"The telecommunications industry has been highly competitive. As such, having sizable presence would provide Axiata with certain competitive advantages," the report noted. MIDF said the deal also would give the company "a stronger balance sheet to execute future expansion," as "the industry is capital intensive."

The synergies would be particularly beneficial for Axiata, which booked a net loss of 5 billion ringgit in 2018 due to an impairment related to its investments in India.

Telenor's shares rose 4.7% on Monday after the deal was announced that morning in Norway. Though Telenor is a European company, Asia accounted for over half its revenue last year.

Axiata and Telenor aim to reach a binding agreement by September and complete the deal next year. But in a statement released on Monday, they noted that "there is no certainty the proposed transaction will result in any binding agreement or obligations on the parties."

Chow of Affin Hwang Capital therefore cited the possibility of "an unexpected termination of the deal" as a key risk.

The merged entity would challenge regional leader Singapore Telecommunications, which is the city-state's largest telecom and holds stakes in major peers in Indonesia, the Philippines, Thailand and India.

But investors did not see the proposed Telenor-Axiata deal as a serious threat to Singtel. The Singaporean telecom's shares rose 1.9% on Tuesday, outperforming the benchmark Straits Times Index's 0.7% gain.