HONG KONG -- New World First Bus Services and Citybus, wholly owned subsidiaries of NWS Transport Services, will introduce their first electric buses by the end of this year, in line with the region's policy to reduce greenhouse gas emissions. 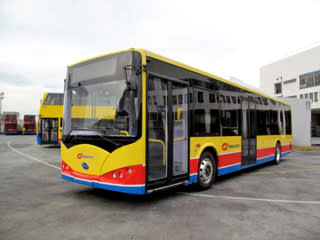 This electric bus is expected to be rolling through Hong Kong by the end of the year.

The companies recently announced the arrival of the first of five buses they had ordered from major Chinese automaker BYD using Hong Kong government funding. BYD's k9 can go 250km on a full charge, which takes about four hours at a bus depot. The 11.6-meter bus can seat 31 and has standing room for 35 more passengers.

The operators said they will conduct internal testing to ensure performance and safety before accepting delivery of the remaining four buses.

Hong Kong's government plans to work with the companies to assess vehicle performance and driving performance after the buses hit the streets.

According to BYD, over 5,000 k9s have been sold around the world and are in use in more than 150 cities across North America, Europe and Asia.