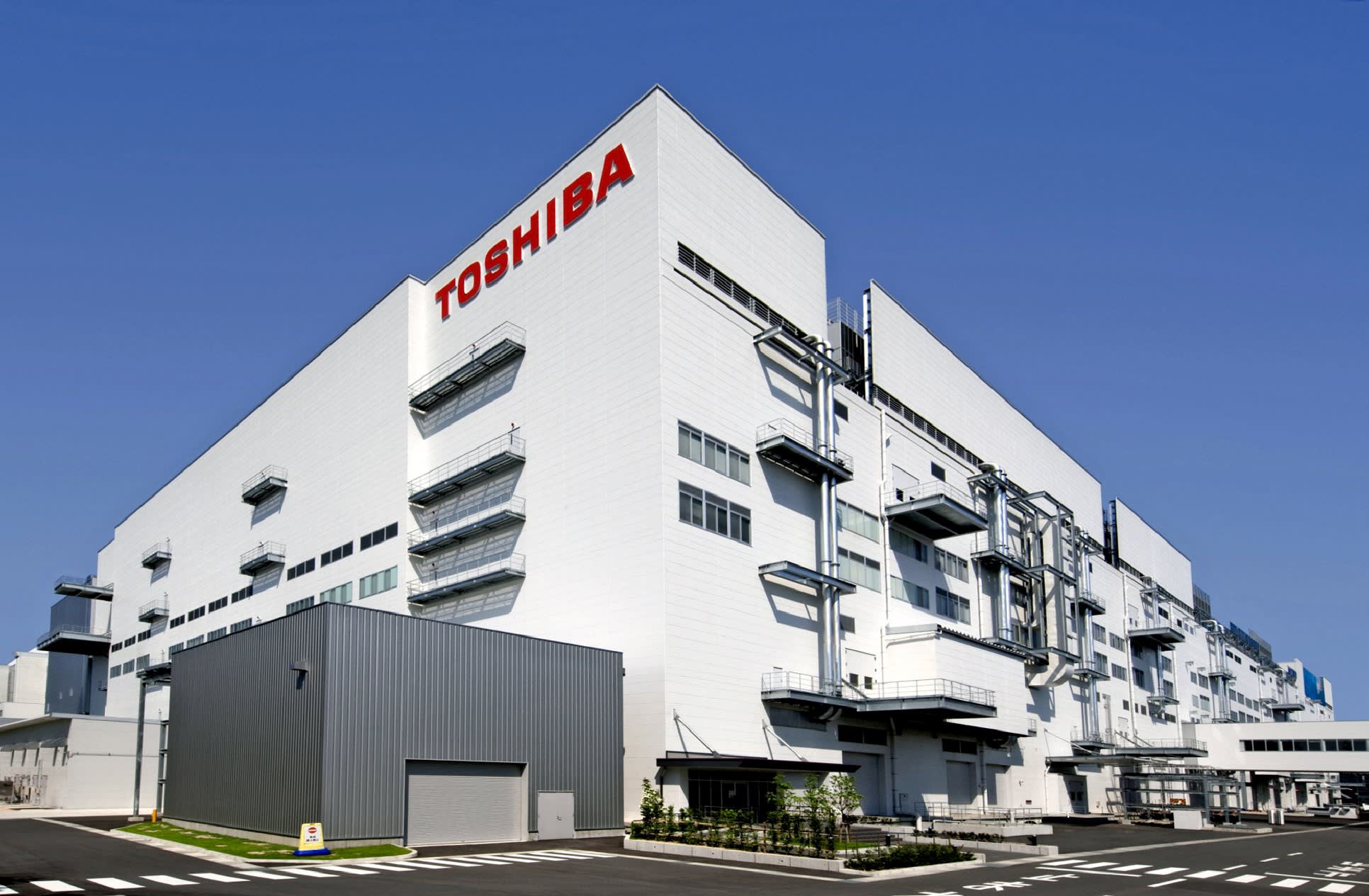 TOKYO -- U.S. private-equity firm Bain Capital will tender a bid for Toshiba's memory chip unit that would leave a substantial stake in the conglomerate's hands, it was learned Thursday.

Bain would acquire at least 51% of Toshiba Memory through a special-purpose company. The rest would go to the Toshiba group, such as to the memory manufacturer's management team and the conglomerate itself, and possibly the public-private Innovation Network Corp. of Japan. South Korean chipmaker SK Hynix would contribute money to the special-purpose company but avoid direct involvement to keep from running afoul of antitrust law.

The American firm intends to sound out the INCJ about taking a minority stake to help win over the Japanese government and the public. Bain reckons that an offer involving Toshiba, the unit's current management and the INCJ could simplify the antitrust review process.

The INCJ was approached by Kohlberg Kravis Roberts, another U.S. private-equity firm, for a joint bid. But with KKR having failed to win over the Japanese fund with its offers so far, whether they will actually team up remains unclear. The Japanese fund will likely compare Bain's and KKR's proposals before selecting a partner.

Bain aims to recoup its investment by listing Toshiba Memory on the Tokyo Stock Exchange about two years after the acquisition.

The offer is seen at more than 1 trillion yen ($9 billion) -- less than 2 trillion yen or more sought by Toshiba, which hopes to use the sale to fill the financial hole left by massive losses on U.S. nuclear operations. Bain hopes to persuade the Japanese conglomerate to accept the lower bid by pitching the growth potential that working with SK Hynix would bring.

Bain's offer is unlikely to sit well with Western Digital. The American hard-drive maker, which works with Toshiba on memory production, filed a request for arbitration days ago in an effort to halt the sale. Any transfer of the memory operations without its consent would violate joint-venture agreements, Western Digital argues. The move has unnerved potential buyers.

Bain has indicated that it will discuss its offer with Western Digital. It has informed Toshiba and Japan's Ministry of Economy, Trade and Industry that it would maintain memory fabrication facilities in Yokkaichi, Mie Prefecture, that are jointly run by the Japanese company and Western Digital.

Toshiba has narrowed the field of candidates since the first bidding round that ended in late March. Bain, KKR, the INCJ and Western Digital have been performing due diligence on Toshiba Memory. Others still in the game include SK Hynix; American chip company Broadcom; and Taiwanese contract manufacturer Hon Hai Precision Industry, or Foxconn.

Toshiba intends to effectively extend the second round of bidding if it does not receive enough offers by the Friday deadline. A likely aim is to secure better terms by waiting for a planned all-Japanese consortium consisting of a large number of companies making small contributions.

The dispute with Western Digital still has no end in sight. Waiting for a ruling from arbitration would bog down the sale, potentially preventing Toshiba from completing it by fiscal year-end as planned. This would likely leave the company with negative net worth for a second straight fiscal year and thus at risk of getting delisted.