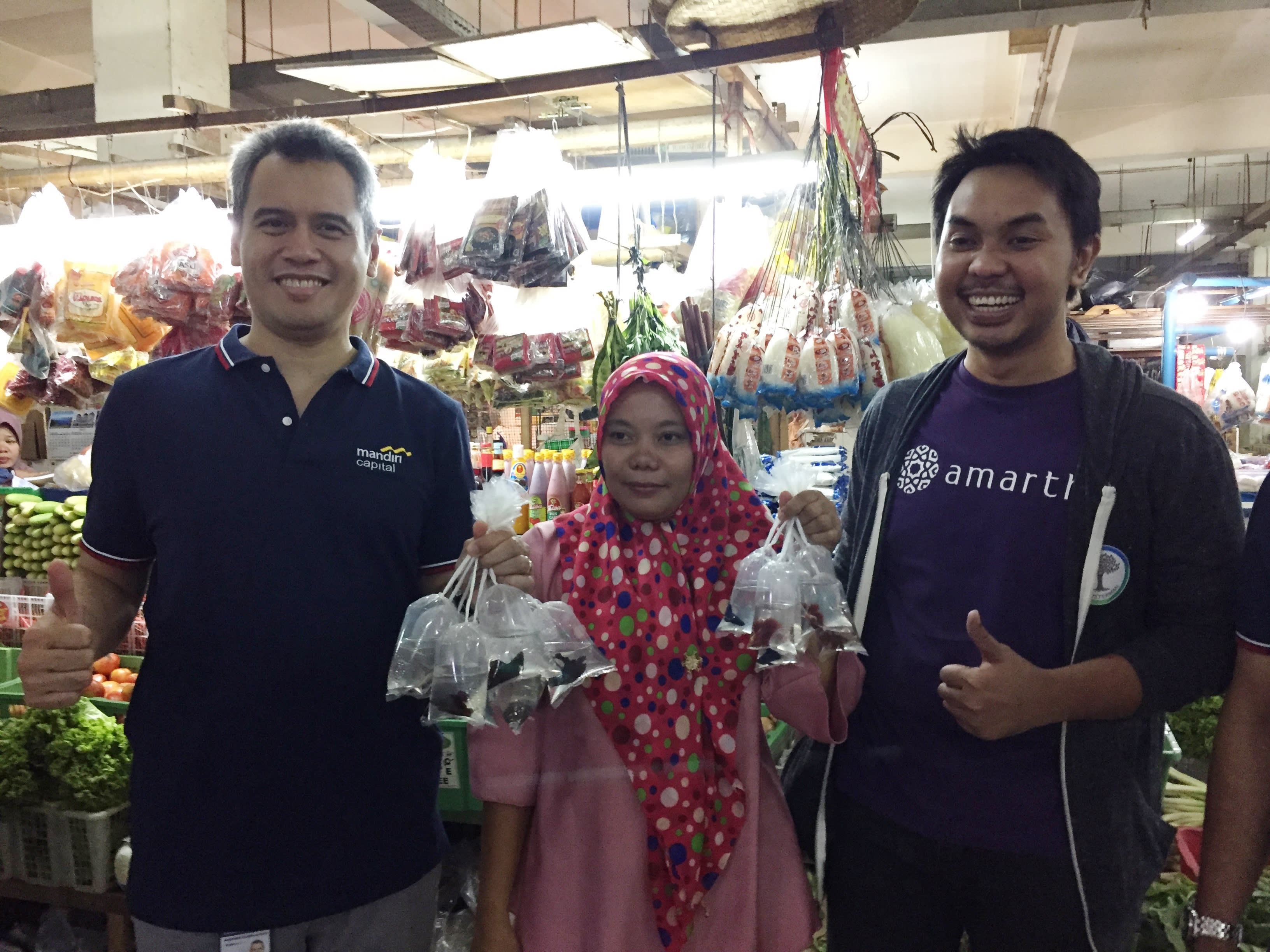 Amartha Mikro develops credit-scoring technology that evaluates small businesses that conventional banks have deemed too risky to lend to. It then connects them with individual lenders over a website.

It specializes in loans under 10 million rupiah ($750) and has a network of agents in Java that helps potential customers submit online applications.

Bank Mandiri, meanwhile, finds itself in a transition phase. Its main corporate banking division is facing more and more competition. As a result, it is trying to find new ways to lend to the archipelago's millions of small companies.

Amartha Mikro aims to use the fresh capital and pick up some of Mandiri's expertise to boost the number of its borrowers from 30,000 businesses to 100,000.

Mandiri Capital Indonesia, the group company that made the acquisition, did not disclose the value of the investment but said Amartha Micro's fundraising round, which included other venture capital firms, was below $5 million.

Yet the fledgling industry has struggled to attract substantial investment, partly due to regulatory uncertainty. Last year's guidelines and Tuesday's announcement, however, could break the ice.

Mandiri is majority-owned by the government.

Established in mid 2015, Mandiri Capital focuses on investing in startups across payment, lending and back-end technology businesses. It has so far announced investments in three startups.