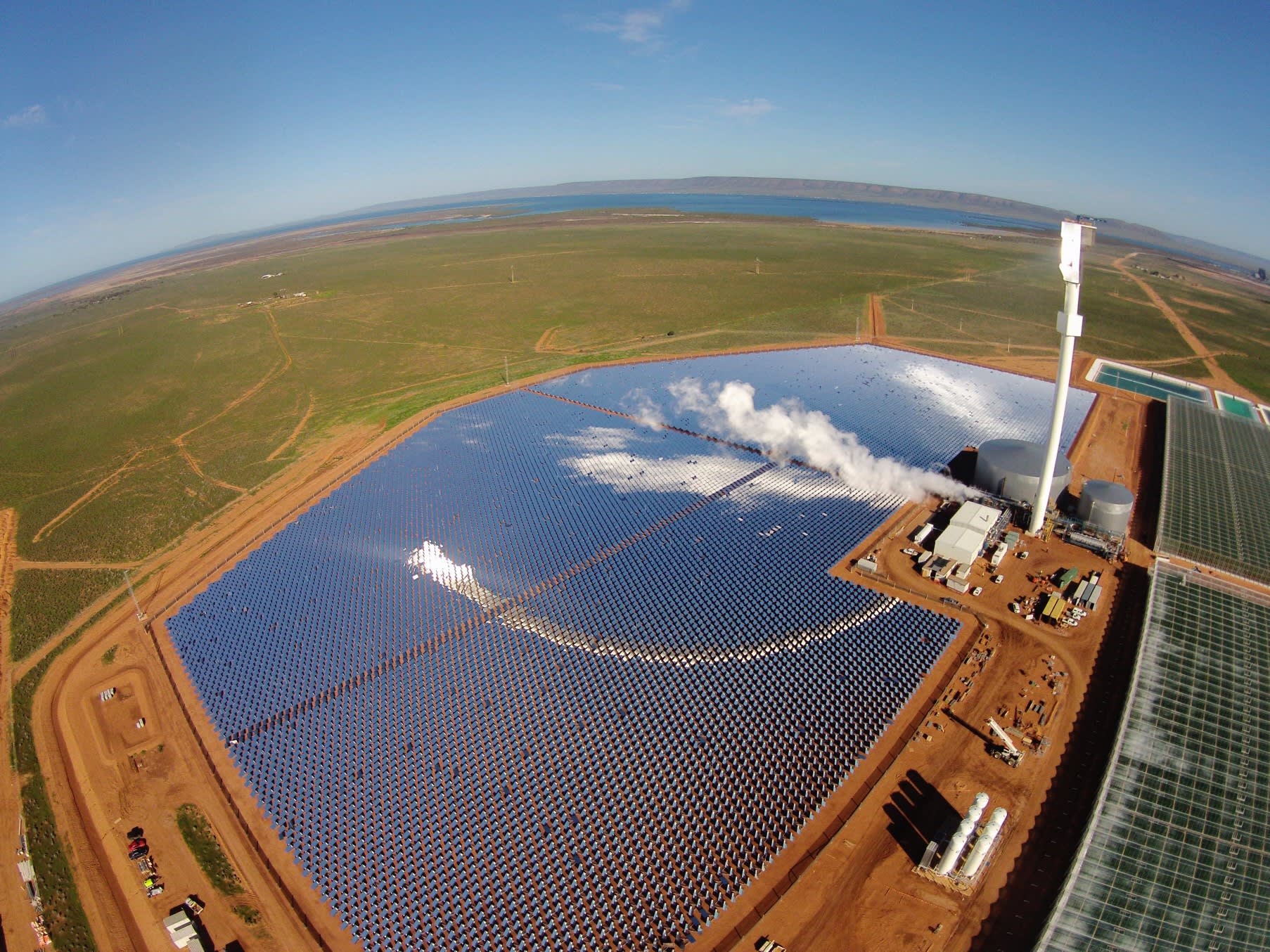 SYDNEY -- Sundrop Farms' tomatoes are thriving on nothing but sunlight and seawater in a barren, unproductive expanse in Port Augusta.

According to the company, it's the first farming system of its kind to have gained commercial scale. The 65-hectare facility is also the recipient of the largest bet made on Australian horticulture. An investment of 200 million Australian dollars ($148 million) paid for a desalination plant, greenhouses and other installations. The project is also a model of sorts for turning other desert wastelands into farms; the company is already testing its system in the U.S. and Europe.

Sundrop turned its piece of desert into a tomato farm in October, using four 5-hectare greenhouses in Port Augusta, about 300km north of Adelaide, the capital of the state of South Australia where the company is based.

The greenhouses are powered by sunlight -- 23,000 mirrors that reflect rays toward the top of a 127-meter high receiver tower that takes the heat of the sun and turns it into electricity.

This power is enough to operate the desalination equipment, which pumps in seawater from a gulf 5km away. The facility produces 1 million liters of fresh water every day.

More seawater -- of the unfiltered variety -- cools the greenhouses.

Sundrop Farms was founded in 2009 with the intention of creating a sustainable farming system that does not rely on fresh water, oil and other resources which cannot be replaced. That same year, the company began operating a 0.2-hectare test farm.

The current project got underway after the company in December 2014 raised A$100 million from Kohlberg Kravis Roberts (KKR), a U.S. private equity company.

Sundrop Farms CEO Philipp Saumweber, a former investment banker, described the agriculture model as "innovative" in that it harnesses only seawater and sunlight.

Pesticides are not used. Saplings are grown hydroponically in coconut husks instead of soil.

Most days are sunny throughout the year in Port Augusta, and the city is surrounded by a vast, arid wasteland.

Coles Supermarkets Australia, a large Australian supermarket chain has signed a contract with Sundrop Farms to purchase 15,000 tons of tomatoes a year. It made the deal partially because of Sundrop's assurance that it can produce stable yields all year long.

The contract runs for 10 years, an unusually long term for Coles, so Sundrop won't have to rush in establishing an eco-friendly tomato brand.

On Monday, Sundrop tomatoes were going for A$5.90 per kilogram, almost the same as tomatoes grown outdoors, which are priced between A$5.50 and A$5.90.

According to Coles, feedback from buyers has been good; many say the tomatoes have a nice flavor.

Commonwealth Bank of Australia, which has offered A$75 million in loans to Sundrop Farms, said that although it has provided loans to photovoltaic power generation projects and to desalination plants, it has never lent to a project combining the two technologies.

"Sundrop," he said, "provides a solution to this societal and environmental challenge."

Others say the initial costs for desert tomato farming are too high for developing countries facing acute food shortages.

In the developed world, Sundrop is constructing and testing similar systems in Portugal and the U.S.