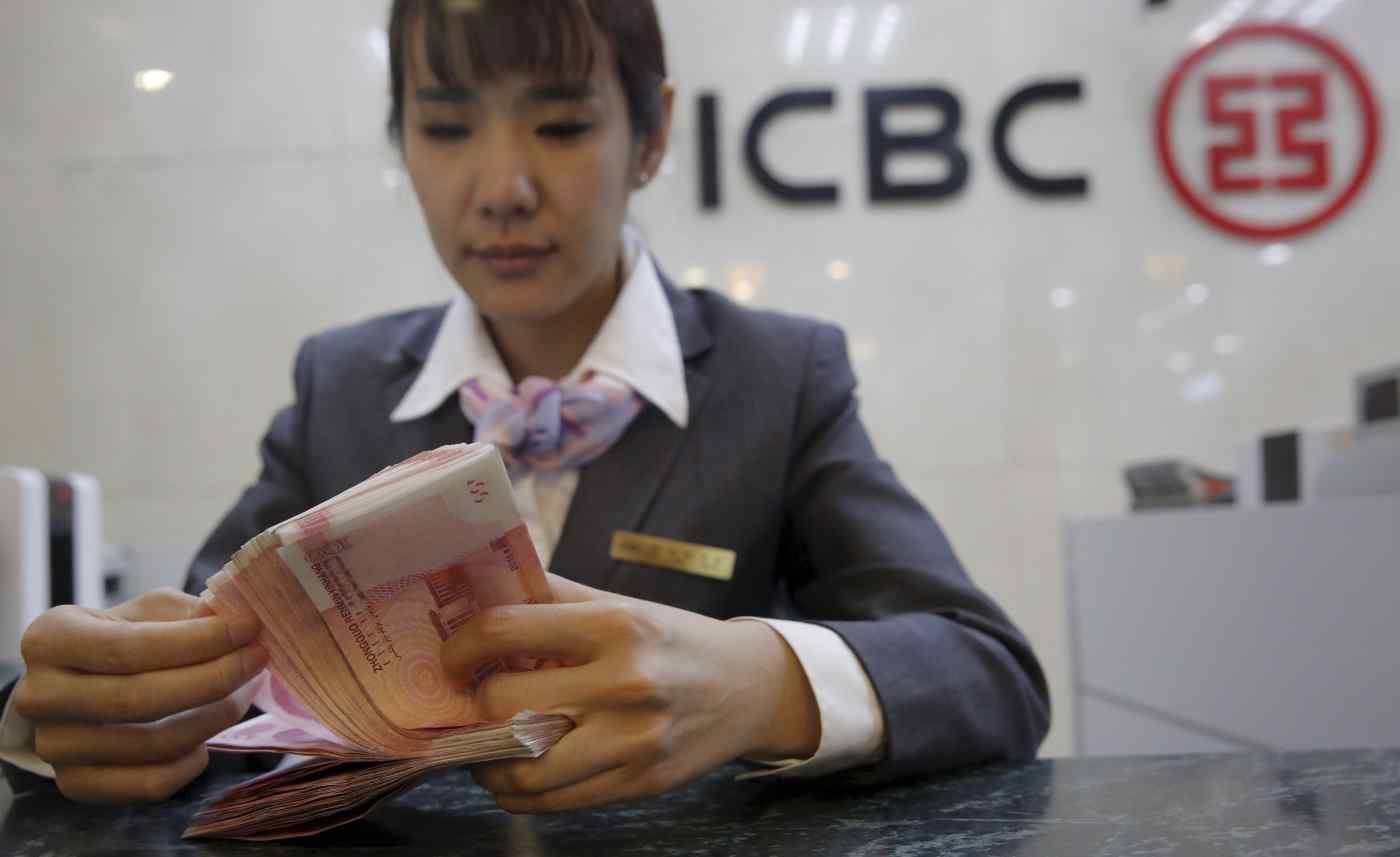 HONG KONG -- Bad loans at China's top four banks fell last year for the first time since 2011 amid pressure from regulators to clean up balance sheets and broad economic improvement.

Industrial and Commercial Bank of China, China Construction Bank, Agricultural Bank of China and Bank of China had a total of 765.7 billion yuan ($122 billion) in non-performing loans on their books at the end of 2017, marking a 0.2% drop on the year.

Non-performing loans ratios -- a gauge of asset quality -- averaged 1.57% at the four state-owned lenders, 0.15 percentage point less than at the end of 2016. "Special mention" loans with an elevated potential for default decreased 0.9% to 1.59 trillion yuan. All four banks had reported 2017 results as of Thursday.

Under President Xi Jinping, China's government has made disposing of bad debt a top economic priority. The country's banking and insurance watchdogs have merged to better tackle this and other challenges.

ICBC President Gu Shu said asset quality would continue to improve amid a macroeconomic upturn. China's economy grew 6.9% in real terms in 2017, beating the government's target of around 6.5% growth. Progress toward cutting excess production capacity in industries such as steel and coal has buoyed commodity prices. At the same time, the big banks are selling off bad loans to clean up their balance sheets. Agricultural Bank of China alone has disposed of 300 billion yuan in bad debt over the past two years, according to President Zhao Huan. In 2017, the bank's non-performing loan balance dropped 16% to 194 billion yuan.

In other cases, banks are converting loans into equity in corporate borrowers, simultaneously cleaning up their own books and giving companies room to turn struggling operations around. A dedicated asset management company China Construction Bank set up last July has so far made 48 debt-for-equity swap deals worth around 590 billion yuan, according to the bank.

While the overall picture may look brighter than it the past, it obscures lingering problems in three of the four banks' loan books. Last year's drop in non-performing loans owed mainly to the sharp decline at Agriculutral Bank of China. At the other institutions, bad debts increased, although nonperforming loan ratios fell.

At ICBC -- the world's largest lender by assets -- bad loans to the manufacturing sector increased 11.5% to 67.6 billion yuan.

This rise was "principally driven by macroeconomic fluctuations and weakened domestic and overseas demand," which led to defaults in "some light-industry manufacturers" as well as those in "highly cyclical industries and some industries with overcapacities," the bank wrote in its earnings report.

These trends may also be behind the particularly severe bad debt problem in Northeastern China, home to a high concentration of old-economy industries. These steelmakers and other producers have borne the brunt of government-led supply-side reforms meant to curb overcapacity and bolster productivity.

Government-led reforms are pinching in other ways as well. A regulatory crackdown on the sale of high-yielding financial products at teller windows led to a 5.4% drop in commission income at the four big banks.

Even as regulatory oversight on banks grows, new entrants like tech groups Tencent Holdings and Alibaba Group Holding have brought increased competition to areas where financial institutions were once unchallenged, such as payments and remittances.