Indonesian authorities did not only blame design, saying 'effective management' was also a problem 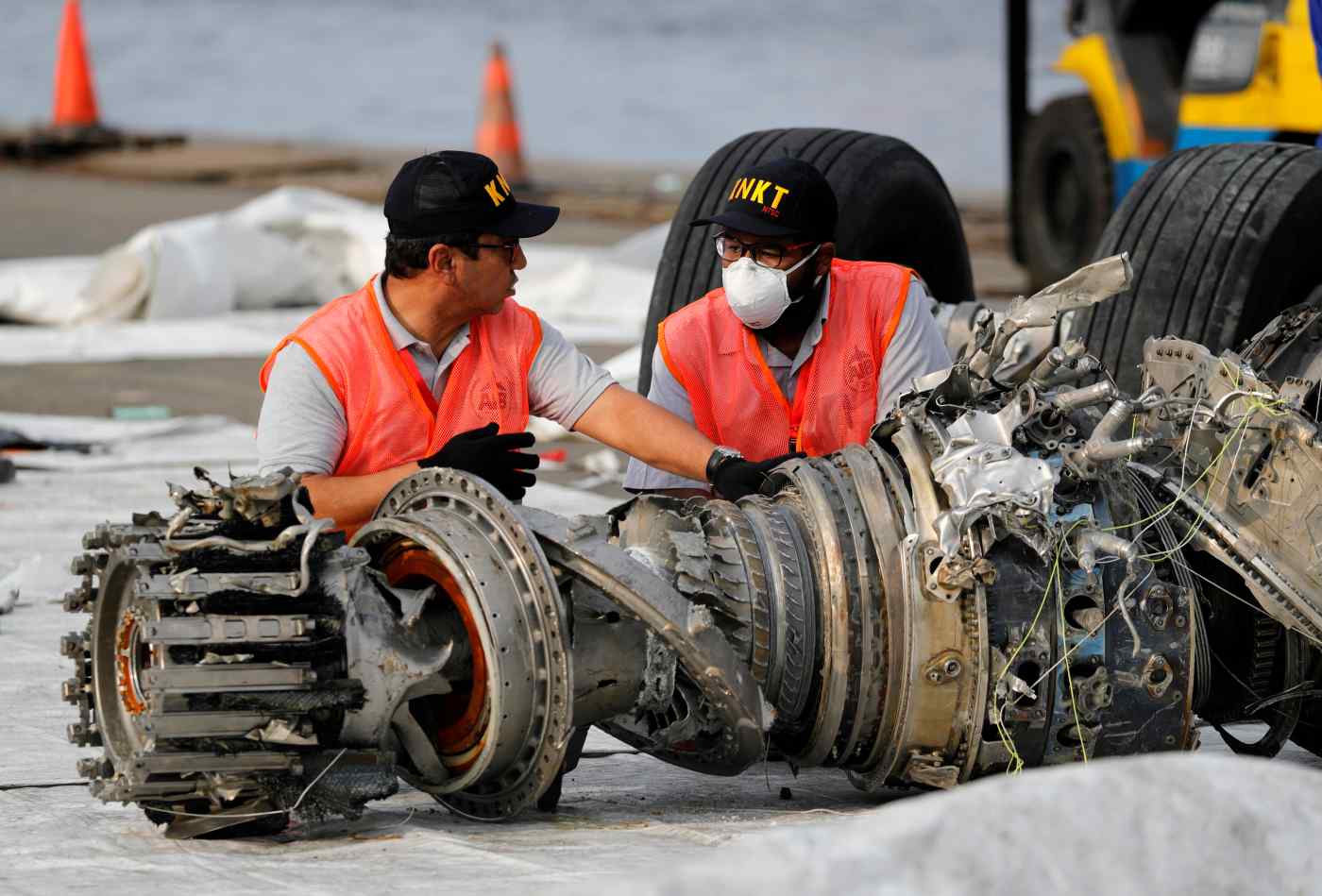 JAKARTA -- Mechanical and design issues led to the crash of a Boeing 737-8 Max operated by Indonesia's Lion Air in October last year, the country's aviation investigators told victims' families at a briefing on Wednesday.

In visual slides shown to families and obtained by the Nikkei Asian Review, investigators wrote that "assumptions were made about pilot response to malfunctions" during the design and certification of the 737-8 Max, which, although consistent with industry guidelines, "turned out to be incorrect."

They said MCAS, an anti-stall device, relied on readings from a single sensor "making it vulnerable to erroneous input from that sensor," while "the absence of guidance on MCAS or more detailed use of trim in the flight manuals and in pilot training, made it more difficult for flight crews to properly respond to uncommanded MCAS."

The slides, based on the final crash report to be released on Friday, did not pin the blame squarely on mechanical and design issues, saying the problems on board the Lion Air flight "were not able to be effectively managed" due to "deficiencies in manual handling...and flight crew communication" which were identified during training.

"I regret this briefing was carried out on the day of [Indonesia's new cabinet announcement] because many families [found it] difficult to come," said Anton Suhandi, a victim's family. "They only explained that the aircraft was not worthy of flying and did not explain what Lion Air was doing wrong."

Lion Air Safety and Security Director Daniel Putut Kuncoro said the company could not comment on the findings, as it has yet to receive the final report and "explanation to the family was still not shared to us."

The 737 Max was grounded worldwide after a second deadly crash in Ethiopia in March 2019.

Lion Air's Flight 610 crashed into the Java Sea on Oct. 29 last year, a mere 13 minutes after takeoff from Jakarta on a scheduled one-hour flight to Bangka island. All 189 people on board were killed. A preliminary report into the crash in November said the pilots lost control after grappling with the plane's MCAS software.

The latest findings by the Indonesian investigators is a further blow for Boeing, which is already under increasing pressure after a Reuters report revealed newly released instant messages from November 2016 showing that a top 737 Max test pilot told a colleague that the jet's MCAS flight control system was "running rampant in the [simulator] on me."

Boeing replaced the head of its commercial airplane unit on Tuesday.

Boeing reported a 53% drop in core operating earnings for the third quarter on Wednesday, as the world's largest planemaker was hurt by the grounding of its best-selling 737 Max.

On Wednesday's conference call, CEO Dennis Muilenburg touched on Lion's accident. "We are sorry, and we continue to extend the deepest sympathies to the families and loved ones," he said.

Boeing still expects U.S. regulatory approval for its grounded 737 Max in the fourth quarter, which sent its shares higher despite a slump in quarterly profit.