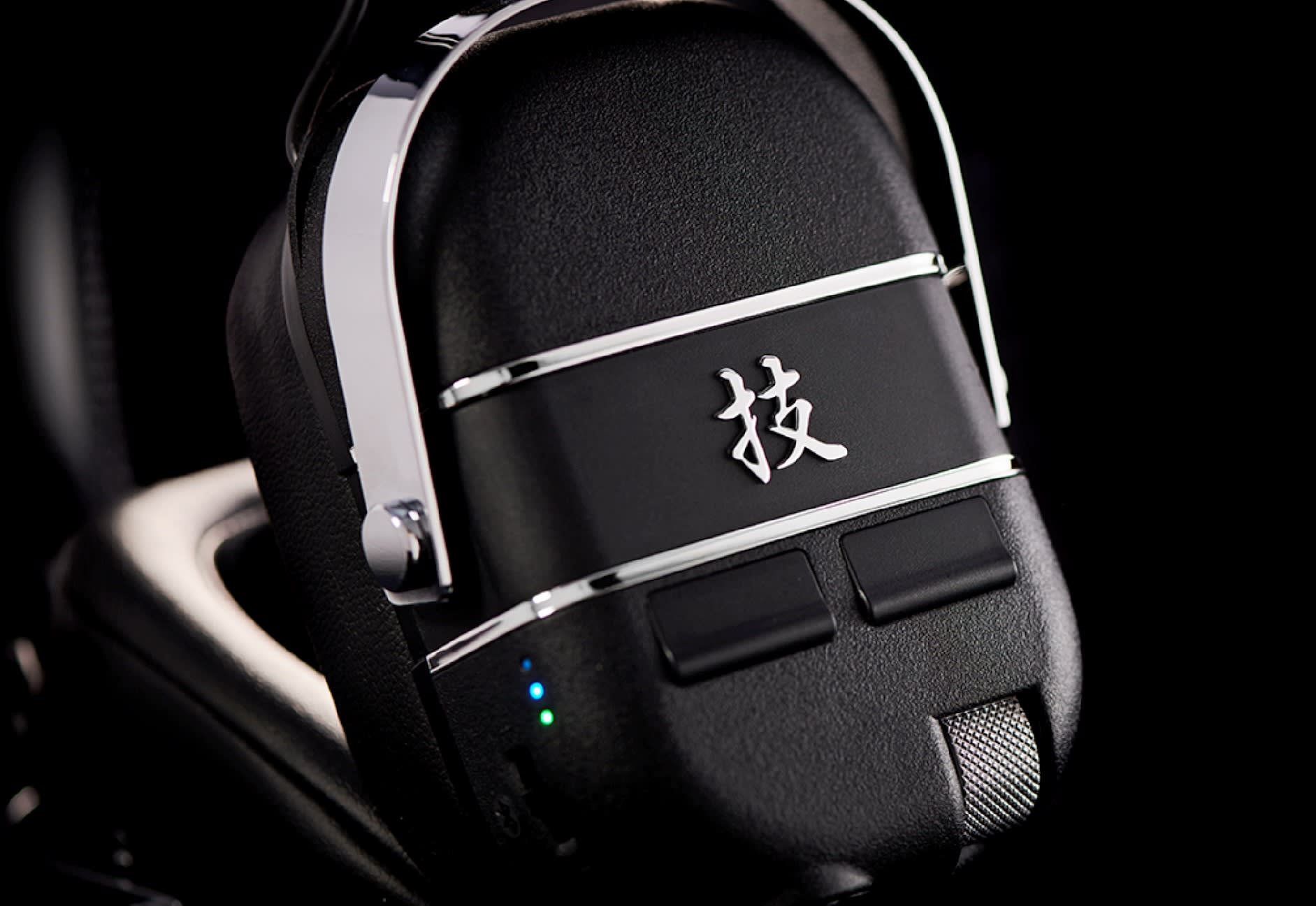 If you can read the writing on this guitar amplification headphone, you probably do not live in one of the target markets. (Psst -- it says "waza.")
AKIRA KITADO, Nikkei staff writerMarch 22, 2020 19:15 JST | Japan
CopyCopied

TOKYO -- Electronic musical instrument maker Roland's Boss line of guitar accessories, coveted by rock 'n' rollers of past decades, is leaning on its Japanese heritage in an attempt to regain sales overseas.

That heritage takes the form of something most Americans and Europeans cannot read, kanji, prominently emblazoned on new products.

Using headphones to listen to oneself play the electric guitar has always been less than ideal, but the Waza-Air creates a spatial experience in which the sound seems to come from in front and behind, as if playing in a music studio.

They "make me feel as if I'm playing in Budokan," musician Tamio Okuda said, mentioning the Tokyo arena originally built to host the 1964 Olympics judo competition but that has since gained global renown as a concert venue.

"They create a sensation of being absorbed," Okuda added.

There are other fans.

"Recently, Boss has been releasing products unavailable in the past," said Masataka Yamada, managing director at Tokyo's Ikebe Musical Instrument store. Yamada added that it is rare to find Waza-Air headphones in stores due to a flood of advance orders. Online stores list the product at 44,000 yen (about $410).

Roland logged record sales in fiscal 2007. After that, however, instrument sales began to decline in its principal markets of Japan, North America and Europe. Unable to pull out of its high-cost operations, the company incurred net losses for four consecutive years through fiscal 2012 and was delisted from the first section of the Tokyo Stock Exchange in October 2014.

"Boss products began to be seen as boring and something less than top-rated," said Yoshihiro Ikegami, the director in charge of the Boss brand. Boss's Katana-Artist Mk-II guitar amplifier is being released this month.

Boss's rebranding began with the launch of the Waza Craft series of musical effects gear. In 2016, the brand released the high-end Waza Amp guitar amplification system for rock music.

In the same strategic line, Boss has introduced the Katana guitar amplifier, which incorporates the mainstream sounds of the 1980s.

But to turn the amps into a hit product, Roland knew it would have to lure overseas customers, who account for roughly 80% of the company's electronic musical instrument sales.

With this in mind, Ikegami visited U.S. and European sales agents to sound them out on how to best boost Boss's sales. These conversations led Boss to adorn its products with two kanji -- those for waza, skill, and katana, sword.

Ikegami explained why Boss believes it must decorate its products with Japanese. While Roland is maintaining its mission of "creating innovations by technological strength," he said, "drastic technological innovations are decreasing nowadays, so clear messaging has become more important."

The kanji also help Boss differentiate its products from those offered by its American rivals Fender Musical Instruments and Gibson Guitar, who have turned to executives from the apparel industry to raise the value of their brands.

The Waza and Katana series began establishing themselves around 2017, attracting price-sensitive European users. But in Boss's principal market for musical effects gear, Chinese makers are gaining power with price-competitive products. 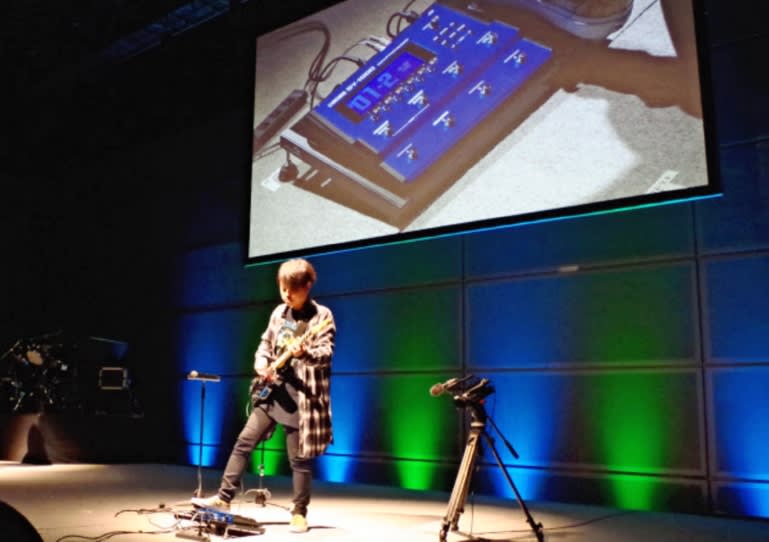 A musician gives some new guitar accessories a workout at a Boss event in Tokyo in February.

Boss was absorbed by its parent in 2018 "as a necessary step for management rationalization," Roland President and CEO Junichi Miki said. Building the brand back up is also a key to Roland realizing its goal of relisting on the TSE.

After Roland was delisted nearly six years ago, it gave itself two years to complete some structural reforms. But it has yet to work all the way through that restructuring, and analysts say the company is also taking more time than expected to improve profitability.

There are other hurdles. Roland has to reinforce its presence in emerging markets, such as China and Southeast Asia, if it is to sustain growth. But rock culture has yet to take hold in these areas.

"It's difficult," Ikegami said, "to bring products [to emerging markets] that are made in accordance to U.S. and European trends."