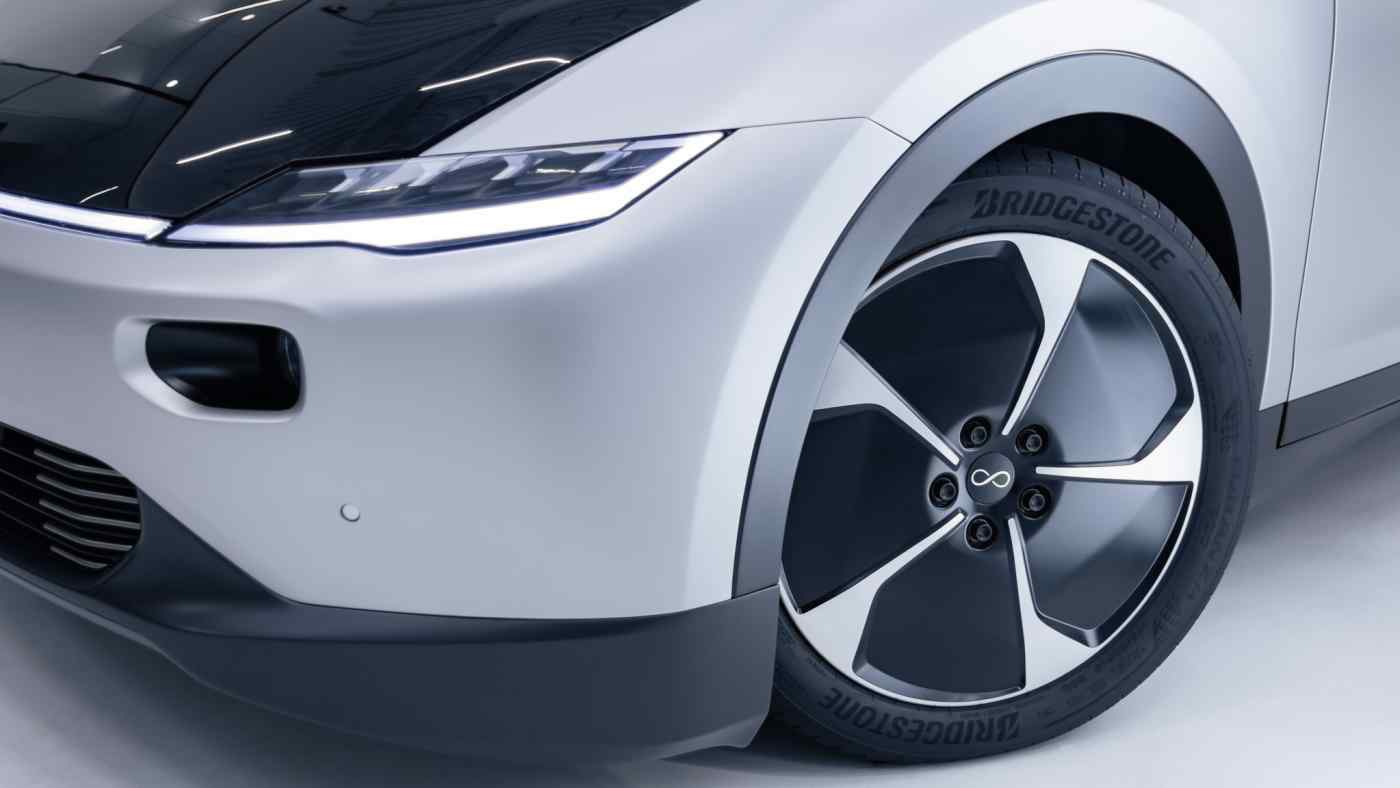 Tires for EVs are 20% lighter because they use less rubber and other materials than tires made for gas-powered cars. (Photo courtesy of Bridgestone)
SHIZUKA TANABE, Nikkei staff writerSeptember 15, 2021 03:48 JST | Japan
CopyCopied

TOKYO -- Bridgestone will switch its focus to the electric vehicle segment, planning to have EV tires account for 90% of all its new automotive tires by 2030 as the company exits intense competition with low-cost Chinese and South Korean brands.

Assembly lines in Europe will be the first to be converted to accommodate EV tires, as the Japanese company ends production of low-priced tires for gas-powered vehicles in the region this year. Similar changes are expected in the U.S. and Japan, while South America will also likely see EV tire manufacturing.

Eventually, the majority of the company's 50 automotive tire factories around the globe will likely be transformed into EV tire plants.

Assembly line updates generally require hundreds of millions of dollars per factory. The envisioned modifications will likely be paid, for the time being, from the roughly 350 billion yen ($3.19 billion) Bridgestone set aside for tire investments for the three-year period through 2023.

Because they require batteries for extended range, EVs are heavier than their gasoline-powered cousins. According to a PwC Japan Group study in 2019, an electric vehicle would have to weigh 60% more than a conventional car with the same range.

Tires for EVs are 20% lighter because they use less rubber and other materials, and face 30% less resistance. This means EV tires boast a longer mile-life than their conventional counterparts. Bridgestone says it made sure durability does not suffer with deep treads and their special designs.

Some electric vehicles, including Volkswagen's ID models, already use Bridgestone's special-made tires. Starting in 2023, the company aims to increase supplies to European automakers while also launching retail sales for consumers in the bloc. Plans for Europe also include installing about 3,500 EV charging stations at directly run dealerships by 2026 in a bid to appeal to environmentally conscious drivers.

Bridgestone is also eager to reach out beyond established automakers and partner with new players. Last month it announced that it would supply tires to American EV startup Fisker's all-electric sport utility vehicle. Fisker plans to begin production in November 2022.

Bridgestone also plans to produce tires for electric trucks, which have not yet been widely adopted.

The shift to EV tires comes a decade after the company debuted fuel-efficient tires for gasoline vehicles in 2010. These products now make up 80% of the company's passenger-car tire sales. But the global decarbonization movement has spurred the company to shift its focus to EV tires even if it has to make new investments.

The global tire market remained steady at $167 billion in 2019, according to a U.S. industry magazine, with Bridgestone taking a 14.6% share, right behind industry leader Michelin's 15%.

Meanwhile, the rise of Chinese and South Korean peers has intensified a price war, mainly for low-end products, and Bridgestone's profitability has suffered. Its operating margin fell by half to 7% in 2020 from five years earlier, although accounting changes must be taken into consideration.

This is why Bridgestone wants to expand its lineup of high-value-added products, particularly in Europe and the U.S.

Bridgestone is not alone in eyeing the EV segment. Michelin offers tires for electric cars in such markets as Europe and China, with retail sales in Japan. Sumitomo Rubber supplies tires for the new EV Lexus model from Toyota Motor.