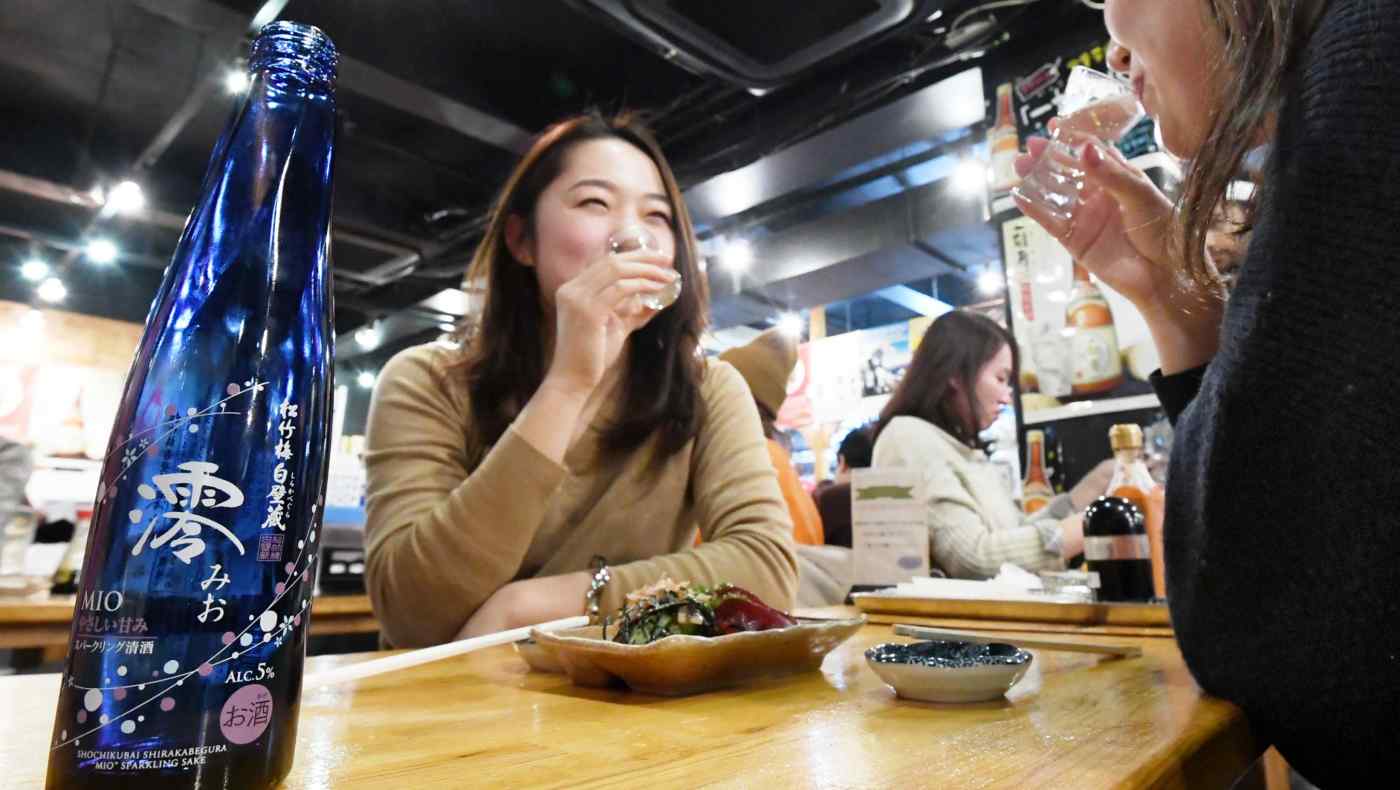 TOKYO -- Sake brewer Takara Shuzo is toasting a very good 2018, having shipped the largest amount of sake in Japan last year on sales driven by the popularity of Mio, a sparkling version of the country's traditional beverage.

Launched in 2011, Mio owes its popularity to Takara's success in marketing the Champagne-like beverage as a drink for celebrations, targeting young revelers in their 20s and 30s, many of whom do not regularly imbibe normal sake.

The Kyoto-based brewer shipped about 51,000 kiloliters domestically last year, overtaking Hakutsuru Sake Brewing, which had held the top spot since 2002. Gekkeikan Sake had been the country's previous sake king in postwar Japan until being dethroned by Kobe-based Hakutsuru.

Takara spent about six years developing Mio -- more than double the time it takes to create ordinary sakes -- and now commands over 80% of the carbonated sake market. Using technology carried over from its flagship alcopop canned beverage, the brewer was able to make bubbles in Mio just the right size and with about the same pop as Champagne or sparkling wine.

Another reason for Mio's popularity was Takara's decision to develop new sales channels, selling mainly to restaurants and bars frequented by women in their 20s to 40s. These include western-style bars and Italian restaurants as opposed to Japanese food restaurants and local pubs, where ordinary sake is favored.

The company was also keen to brand Mio as a drink for celebrations, so it pitched the pioneering beverage to hotels and wedding venues, recommending Mio as a substitute for Champagne.

Both these efforts helped carve out a place for sparkling sake in Japan's crowded alcoholic beverage market. Despite Mio's own success, the country's sake market overall remains in the doldrums, eclipsed by the increasing popularity of wine. In 2018, taxable shipping volume of sake dropped 7% from 2017 -- just one-third its highs of the 1970s. Moreover, the age range of key sake drinkers, who typically prefer cheaper products, has risen to between 50 and 80.

Regional sakes are being consumed more in recent years, but have yet to make a notable splash in the market.

The emergence of Mio and other sparkling sakes may help spark the domestic market, especially if they can continue attracting younger drinkers.

"Many young people have shown more interest in sake after trying Mio," said Takara's Ayako Tawa, who was heavily involved in the product planning and marketing of Mio. "We now need to make sake that will keep them coming back."