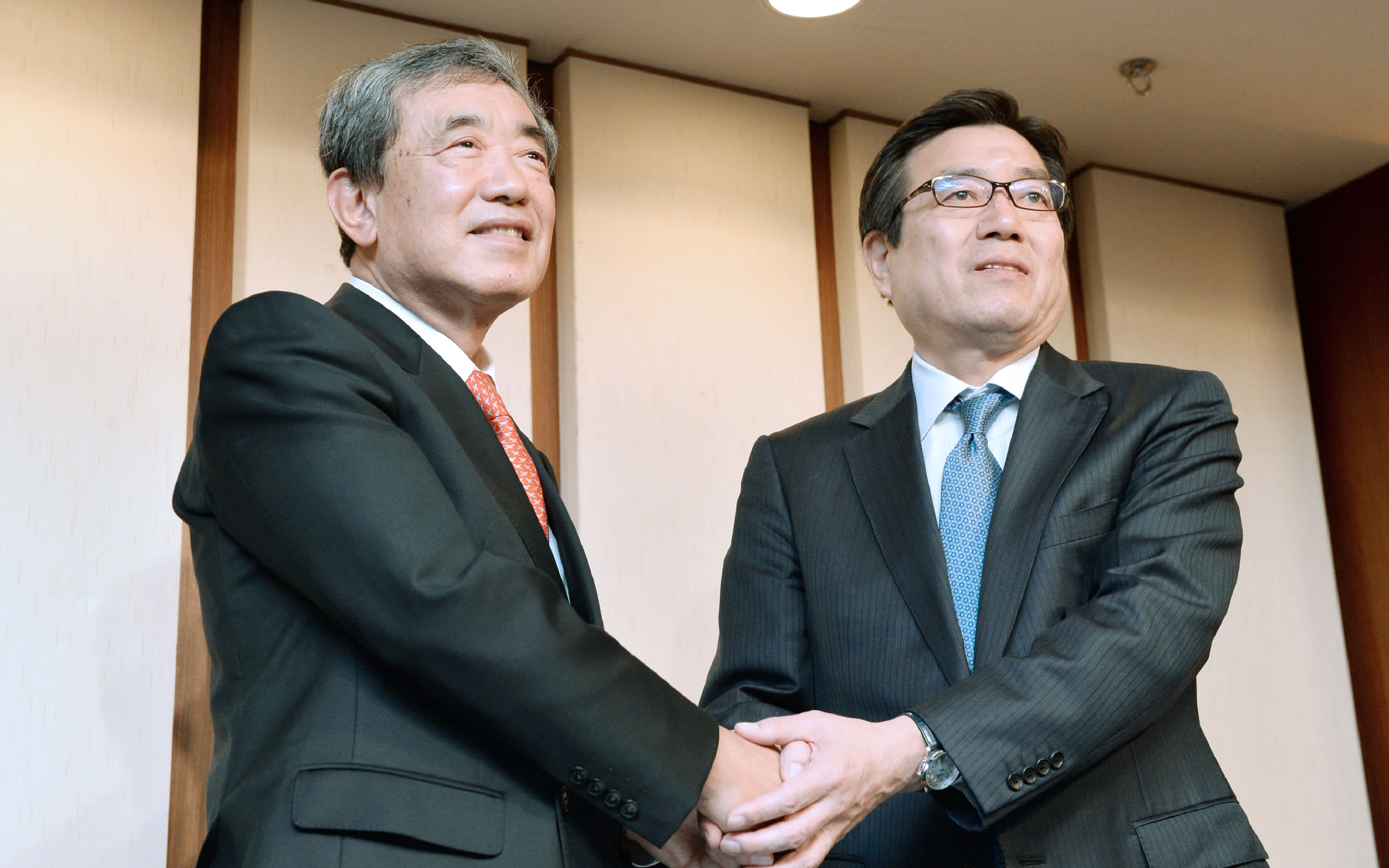 TOKYO -- Calbee turned itself from a struggling privately held maker of snacks like potato chips into a highly profitable public company under the leadership of Chairman and CEO Akira Matsumoto, a charismatic reformer whose retirement, announced Tuesday, surprised many.

The Japanese company said that Matsumoto, 70, will retire from both positions after a shareholders meeting in late June. He will not even stay on in an advisory capacity.

Matsumoto became Calbee's chairman and CEO in 2009 at the founders' request, vowing to "destroy" a culture of complacency. He started with tighter cost management. Calbee curbed capital spending on snack production while raising factory efficiency to lower prices, taking market share away from rival snack makers like Koike-ya.

During his nine-year tenure at the helm of Calbee, group sales jumped 70%.

Matsumoto also spent nine years as president of a Japanese unit of Johnson & Johnson before joining Calbee. He decided to end his time at Calbee the same way, he said in a news conference held in Tokyo's Imperial Hotel on Tuesday. Matsumoto gave no other reason for stepping down.

"If there is something challenging, I would like to try it," he said.

He led U.S.-style governance reforms that removed the founders from management. President Shuji Ito, 61, and Matsumoto are the only members of the company to sit on its board, while the other five seats are filled with independent directors.

Despite Japan's dwindling population and rising health-consciousness, Calbee improved sales by marketing products like Frugra, a cereal released in 1991, as nutritious breakfast foods. Frugra is now a major revenue source with yearly sales of about 30 billion yen ($280 million).

Matsumoto's decision to resign, which came as a surprise to many -- disappointed the market. When Calbee made the announcement at 1 p.m. Tuesday, its shares sunk by as much as 5.6% from the previous day to 3,465 yen as retail investors reacted to the news.

Growth is a challenge for Calbee at this juncture. Domestic sales of Frugra are slowing, and eight straight years of operating profit growth are expected to come to an end for the year through this March. The drop in stock price reflects the market's doubts about the company's outlook.

Calbee's relationship with PepsiCo, which took a 20% stake in the snack maker in 2009, is also a source of concern. PepsiCo will become free to adjust its holdings under a special provision that ends in July 2019.

"Right now the relationship is good. But I have no idea about the future," Matsumoto said frankly. He plans to visit the U.S. in late May to discuss PepsiCo's plans.