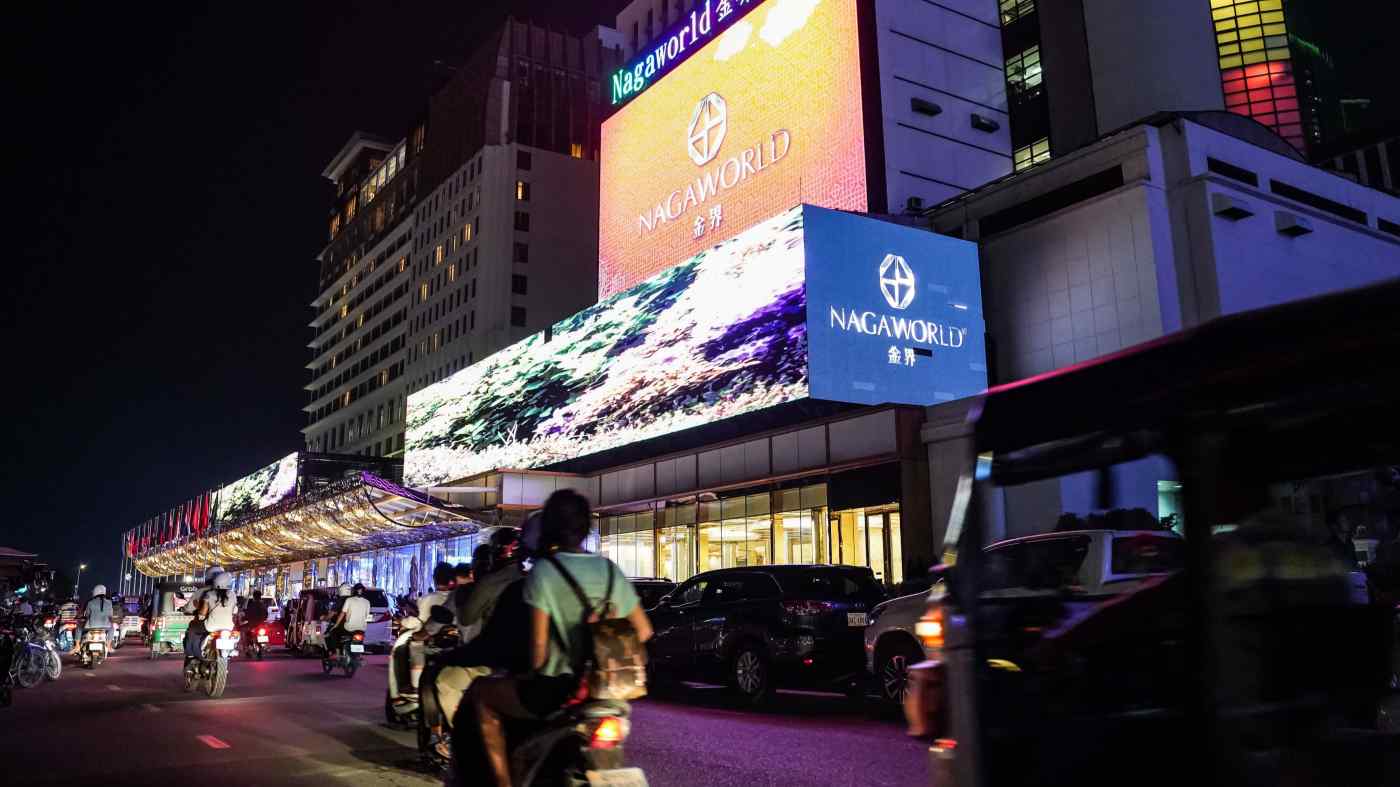 PHNOM PENH -- Cambodia's Ministry of Culture and Fine Arts has rejected a proposal by casino operator NagaCorp to build a resort and theme park near the country's famous Angkorian temples.

The rejection, revealed on Tuesday, is a rare blow for NagaCorp, which proposed plans for the 75-hectare development in Siem Reap Province in November. The Hong Kong-listed company, which runs the NagaWorld complex in Phnom Penh, enjoys exclusive rights to operate gaming facilities in the capital and is generally seen as being on good terms with the government.

Its proposal for a nongambling resort just 500 meters from the Angkor Archaeological Park, however, ran into opposition, including concerns from UNESCO. The U.N. body said in February that experts on the International Coordinating Committee for Angkor were against the $350 million project. The proposed development's proximity to the protected temples and its "scale, scope and concept" could impact Angkor's "outstanding universal value," the experts said.

The Angkor Archaeological Park, covering some 400 sq. km, includes the remains of capitals of the Khmer Empire, dating from the ninth to the 15th century. Its most famous temple is Angkor Wat.

In a statement, the culture ministry said it "shared the views" of the ICC, a committee that coordinates donor assistance to safeguard and develop the world heritage site. As such, the "project put forward by the Naga Group cannot be implemented in this context," the ministry ruled.

Sum Map, secretary of state for the ministry, said the decision meant the plans submitted would not go ahead. "The proposed project by Naga has been rejected," he told Nikkei Asia. "Future proposed development activities from Naga or other public or private companies need to be in compliance with World Heritage [values]."

Representatives from NagaCorp did not respond to requests for comment.

According to notices for its shareholders, the company had engaged U.S.-based Steelman Partners and Gensler to plan the resort, provisionally called Angkor Lake of Wonder.

The first phase, including a water park, two 500-room, five-star hotels, a canal system, a "Chinatown" and an indoor "high-tech" theme park, was scheduled for completion in 2025.

But although the future of its Siem Reap project is uncertain, the company is moving forward on a $3 billion expansion to its complex in Phnom Penh, which will be called Naga 3. Naga also released its 2020 financial report, which reported gross gambling revenue of $869 million for the year and a net profit of $102 million. The robust result came despite a three-month government-ordered closure of casinos amid the pandemic, which has also slammed international arrivals.

NagaCorp attributed the "satisfactory recovery" to the "reasonably sized expatriate community" and visitors from China, South Korea and Taiwan.

The company's shares in Hong Kong were trading down more than 1.5% Wednesday afternoon.