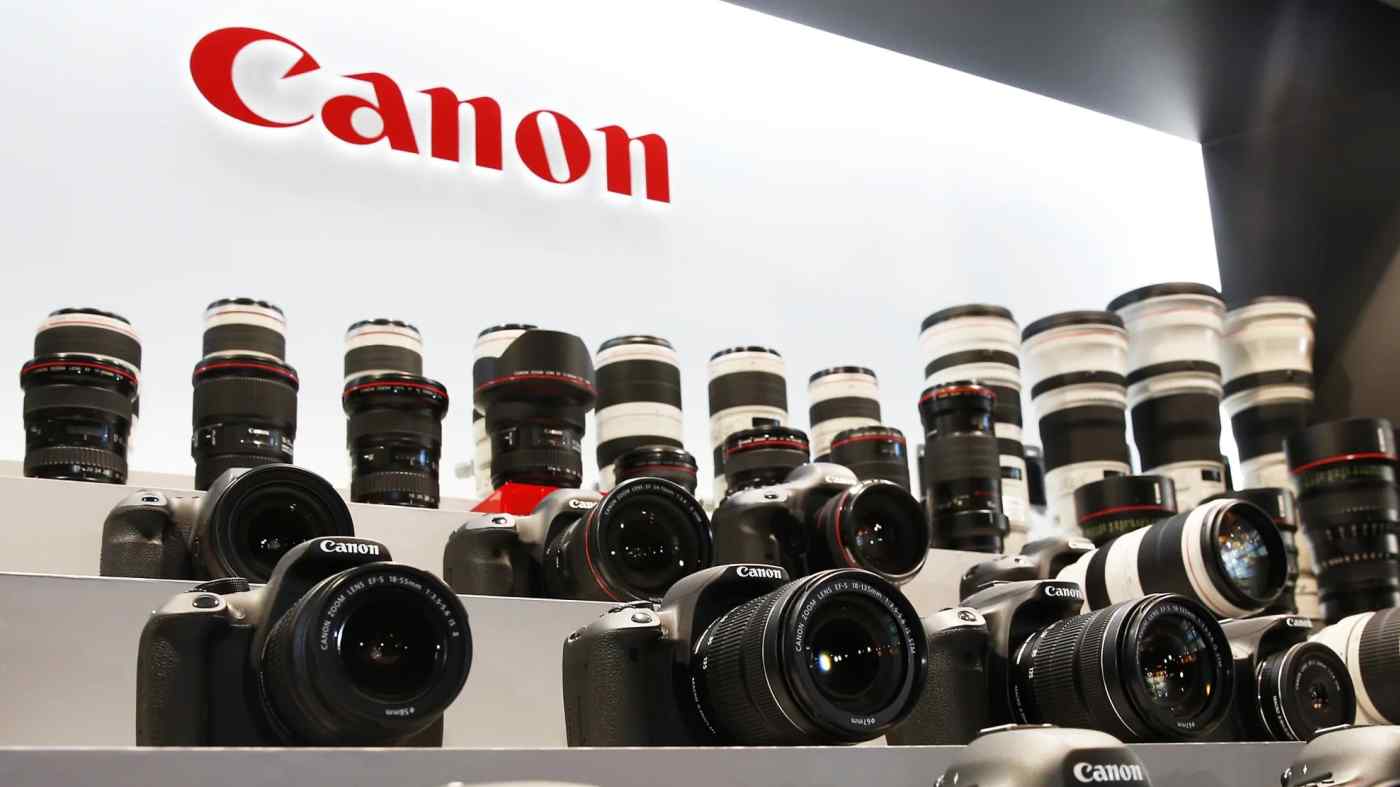 TOKYO -- Canon's operating profit is on track to sink 40% this year to slightly over 200 billion yen ($1.85 billion), Nikkei has learned, amid a slowing European economy and slumping chip market.

The Japanese company's profit for the year ending in December is seen falling roughly 60 billion yen short of its downgraded guidance in April. Sales likely will shrink 6% to a figure above 3.7 trillion yen, off about 100 billion yen from April's forecast. The full-year projections are expected to be lowered again when Canon presents first-half earnings next week.

Worsening economic conditions in Europe have caused corporate clients to hold off on investments, softening sales of office equipment and other machinery. The depreciation of the euro against the yen also undercut profitability in exports.

This comes on top of a global market downturn for semiconductors used in data centers and smartphones. Semiconductor manufacturers have withheld capital spending on chipmaking equipment, one of Canon's products, and deliveries have been postponed.

The shrinking camera market continues to hurt Canon. Deliveries of digital cameras worldwide tumbled 24% on the year during the first five months of 2019, according to the Camera & Imaging Products Association, based in Tokyo. Sales of Canon's single-lens reflex camera, a high-margin product, have declined in China and elsewhere.

Canon is expected to report a first-half operating profit of around 80 billion yen, down 50% from a year earlier, with sales slipping 10% to roughly 1.7 trillion yen.

For the second half, the company aims to expand revenue by rolling out new offerings such as additional lenses for the popular mirrorless cameras. Medical devices, security cameras and two other new businesses are performing strongly, and are altogether anticipated to account for more than 25% of sales this year, up from 23% last year.

Canon has begun streamlining efforts, focused on its overseas camera and office equipment operations. These changes will start translating to improved profitability as early as next year. But the restructuring apparently will cost more than the 20 billion yen originally planned.

Canon's woes reflect the difficulties facing Japan's businesses amid the U.S.-China trade war and the slowing global economy. Yaskawa Electric, a maker of industrial robots, last week reported a 70% drop in net profit to 4.7 billion yen for the quarter ended in May.

With a slew of April-June results on the horizon, some observers are bracing for more companies to unexpectedly undershoot expectations.