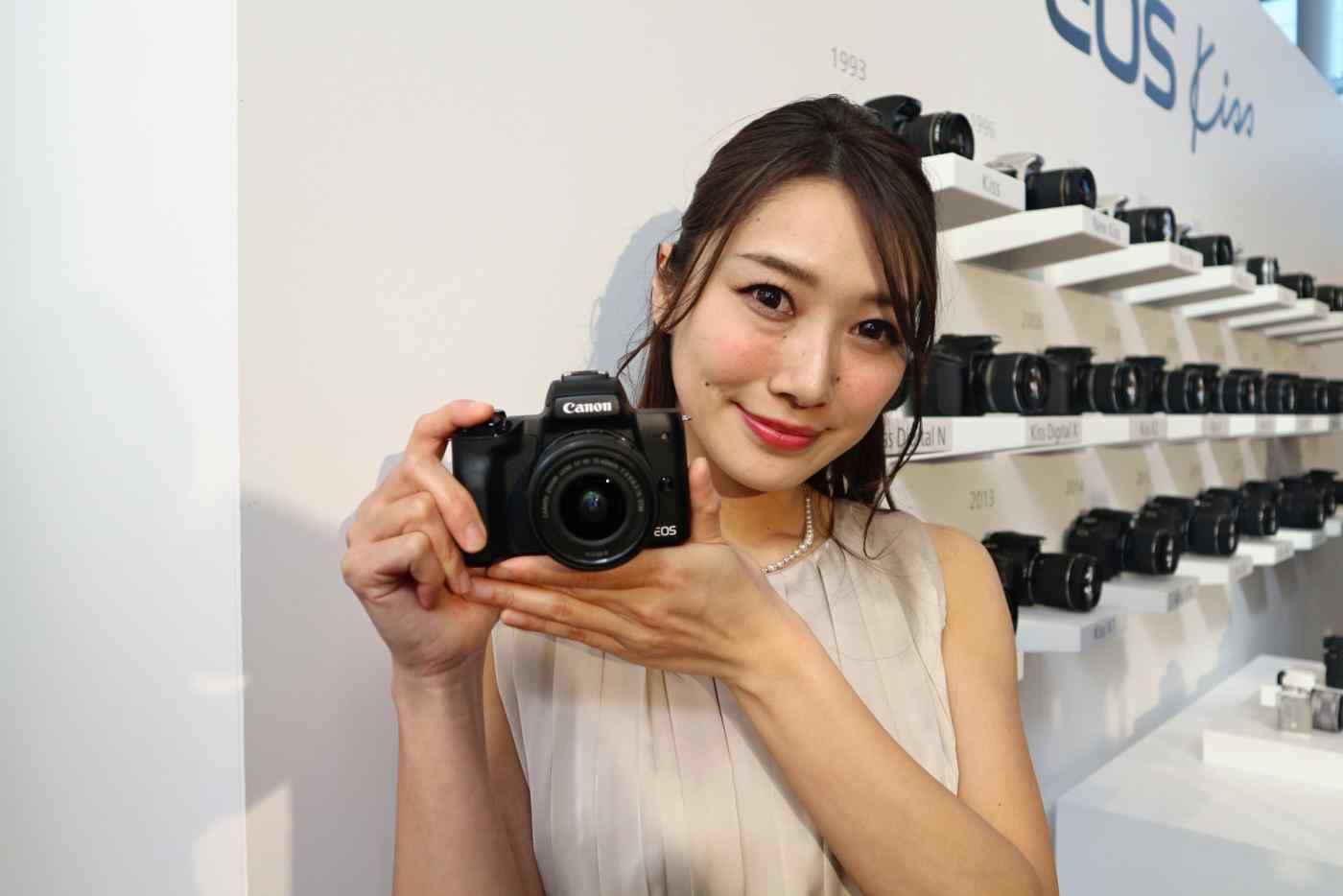 TOKYO -- Canon will shift more of its focus to mirrorless cameras, a change in strategy spurred by sharp growth in the market.

The company boasts a commanding share of the global single-lens reflex market but was reluctant to enter the mirrorless field over concerns about cannibalizing SLR sales.

Canon said Monday that it will release an entry-level mirrorless camera next month. The product is positioned as "a strategic model" for mirrorless cameras, according to Masahiro Sakata, president of Canon group member Canon Marketing Japan.

Canon hopes that the new product will attract demand from families, including mothers who enjoy taking pictures of their children.

A latecomer to the mirrorless market, Canon released its first model in 2012 under the EOS M brand. The company held 23% of the domestic market for these cameras in 2017, ranking second behind Olympus. It aims for the top spot with the new offering.

With mirrorless cameras rapidly gaining popularity and rivals like Sony breaking into SLRs, Canon decided it must "actively roll out products for a growth market even if there is some cannibalization," Sakata said. 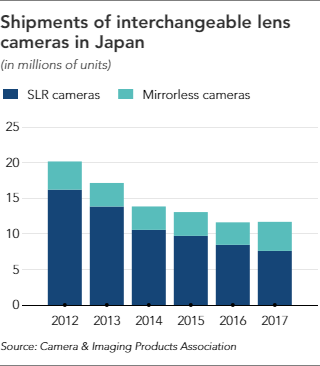 The company is making efforts "to be able to respond to customer needs in any region by offering both SLR and mirrorless cameras," said Go Tokura, a Canon executive officer.

SLR cameras from Canon and Nikon dotted the media area at the just-ended Winter Olympics in South Korea. Both companies set up support booths for photographers using their cameras, gaining favorable reviews among professionals.

Sony is attempting to break down Canon and Nikon's strength in the professional market with mirrorless cameras.

Sakata did not say much about the possibility of Canon releasing a high-end mirrorless camera. "We will look at the timing and consider it," he said.