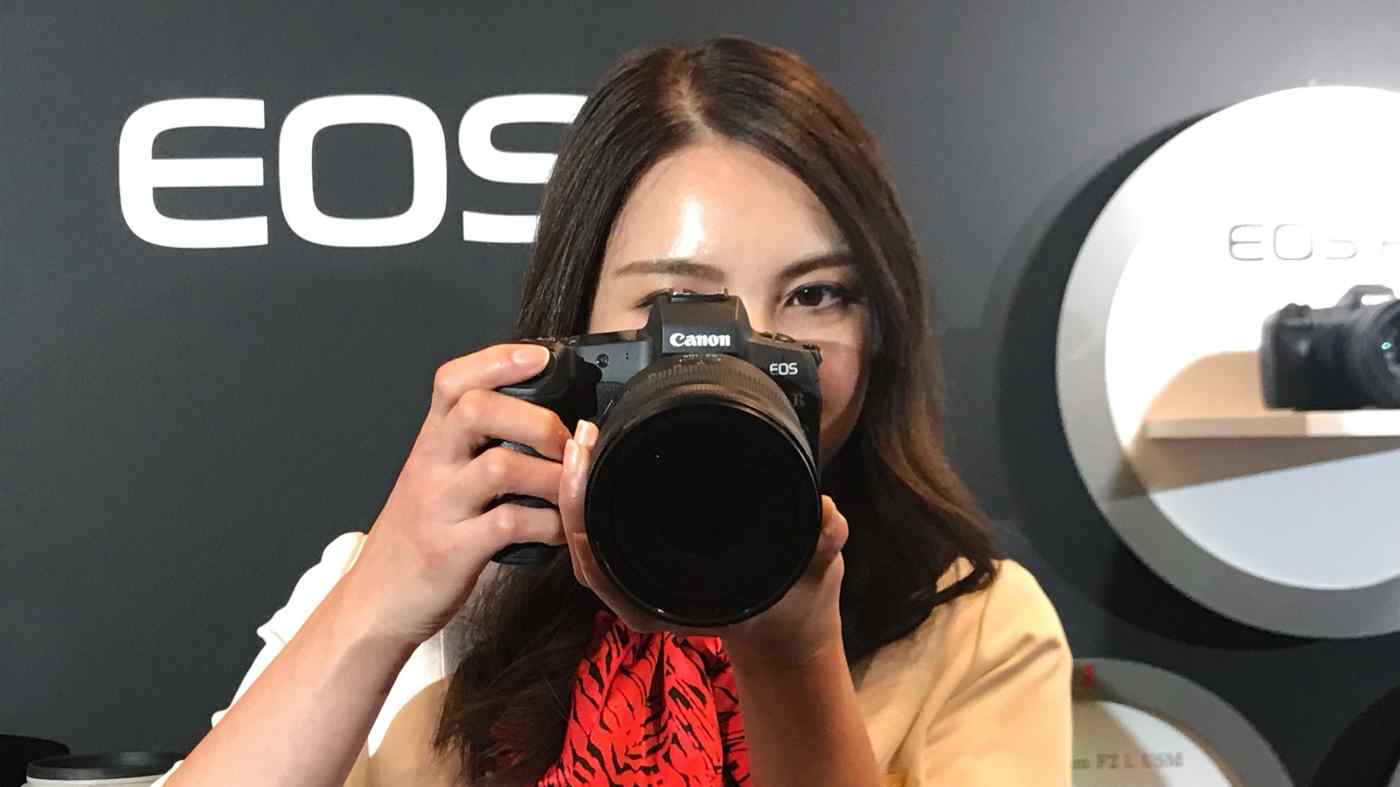 TOKYO --  Canon announced on Wednesday its first professional-grade mirrorless camera, just weeks after compatriot Nikon debuted its own version to challenge Sony's dominance in the segment.

"We have achieved a picture quality that we had not reached before," Canon President Masaya Maeda said at the unveiling event.

Mirrorless cameras are the only bright spot in the generally sluggish digital-camera market. They initially caught on among Instagram users who wanted to post better images than photos taken by smartphone cameras. As sensor technologies improve, the cameras are now making inroads into the high-end segment serving professional photographers.

Canon's EOS R, a high-end model for professional photographers and amateur connoisseurs, is expected to be priced at 230,000 yen ($2,061) before taxes when it hits the market in late October. A set of dedicated lenses will also be available.

The new product does not have the compact and light-weight body of other mirrorless cameras, Maeda stressed. Instead, it features light-weight lenses which are structurally unworkable with those used by single-lens reflex (SLR) cameras, the mainstay for professional photographers.

To date, Canon has sold only entry-level mirrorless cameras. The high-end version will compete with its own SLR lineup to a degree, Maeda concedes. But the company decided to prioritize slowing the loss of customers to Sony, which is strong in mirrorless cameras, and will focus its development resources on such offerings going forward.

Sony has come to control 40% of the mirrorless camera market by leveraging its proprietary sensors to offer high-quality images. The company has a virtual monopoly in high-end mirrorless cameras, encroaching into the professional-grade segment dominated by the SLR cameras of Canon and Nikon.

But Sony's rivals will likely fight back by touting the lens quality of their products. Lenses are a key part of professional cameras as photographers switch them depending on the subject, like a landscape or sports matches. Canon will employ state-of-the art optical technologies in its products.

Nikon returned to the mirrorless camera arena in August after an earlier withdrawal, putting all three big players in digital cameras in the high-end mirrorless game.