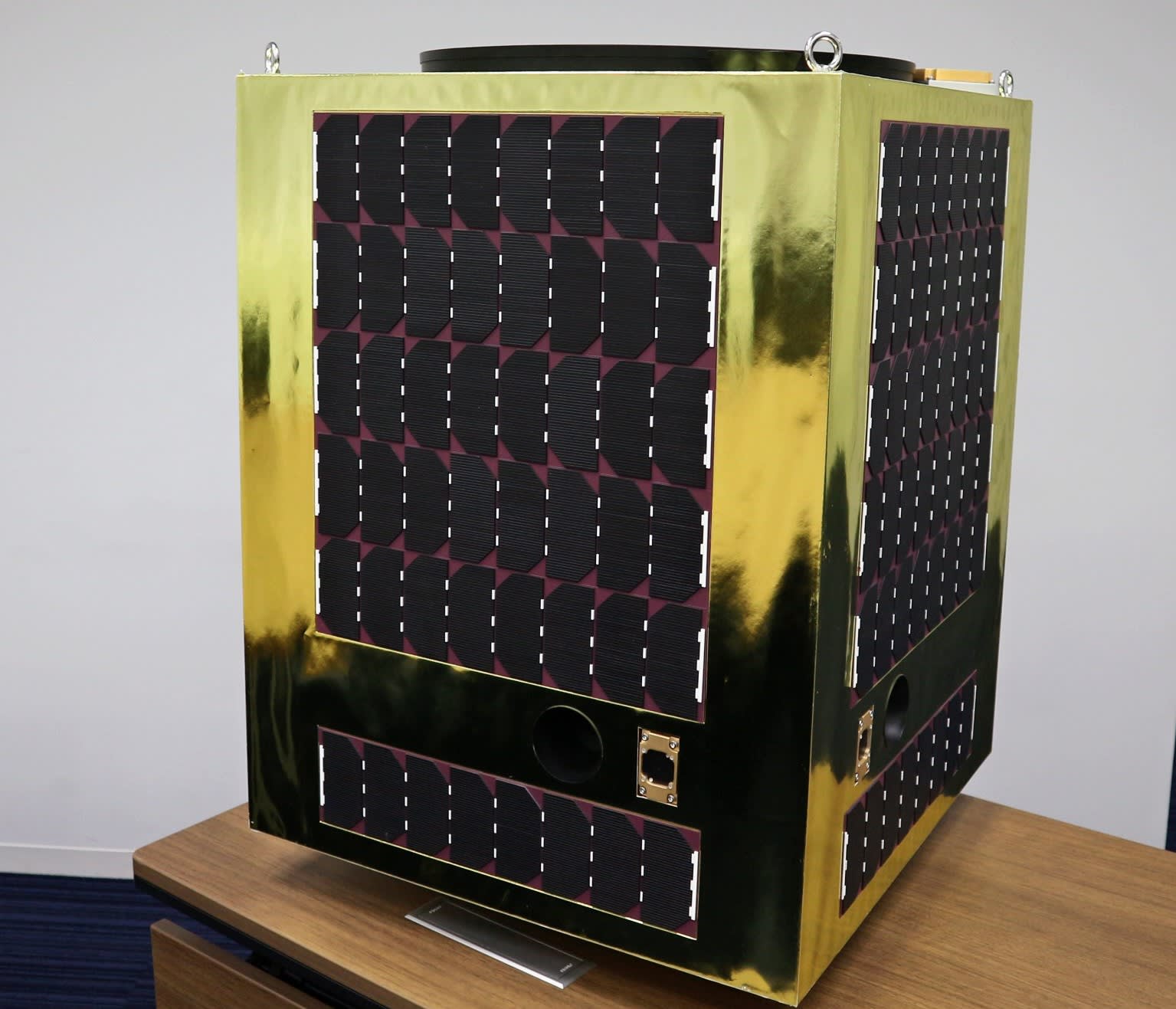 TOKYO -- A Canon subsidiary witnessed the first successful launch for one of its microsatellites Friday, lifting the Japanese electronics group into unknown territory as it fights to overcome stagnation amid a slump in mainstay operations.

An unusual tension gripped Canon Electronics' Tokyo headquarters as employees were riveted to a live broadcast of a rocket launch in India. When the countdown hit zero and the rocket blasted off, carrying the company's 65kg satellite, a sense of relief swept over the floor.

Canon Electronics is unlike any other member of the Canon group. It makes printer components and shutters for digital cameras, with the parent accounting for half of the unit's sales. But President Hisashi Sakamaki, who has helmed Canon Electronics for 18 years, has long aimed to ensure the subsidiary can stand on its own two feet. The company set its sights on space in part because its parent did not. The foray into satellites began five years ago, when Canon Electronics set up a lab and recruited researchers from universities. The initial complement of five or six people has grown to a staff of dozens, with development funded almost entirely by the company itself.

"You can do what you want, but if you're going to do this, make sure to make it a success," Canon Chairman and CEO Fujio Mitarai said around the time the project began.

Canon Electronics produces about 60% of the main components for its microsatellites in-house, intending eventually to reach 100%. The company says it will shrink the price per satellite to 1 billion yen ($8.99 million) or less -- far cheaper than for full-size satellites, which can cost tens of billions of yen -- by using technology from consumer electronics, which must be both durable and affordable.

In addition to selling satellites and parts, the Canon unit plans to launch its own fleet and sell image data to customers. The company targets space-related sales of 100 billion yen annually in 2030, more than its total sales of 83.2 billion yen for the fiscal year ended in December.

Satellite imagery has a wide array of uses, including autonomous-driving technology and disaster preparation, and Canon Electronics is far from the only company looking to provide it. U.S.-based Planet Labs launched 88 microsatellites in February alone and acquired peer Terra Bella from Google this year. Axelspace, a Japanese startup spun off from the University of Tokyo, plans to send 50 satellites into orbit. Further growth on the supply side, led by the private sector, likely would fuel demand for small, cheap satellites.

Canon's mainstay businesses are foundering as the spread of smartphones and a shift to paperless offices eat into sales of digital cameras and printers. The company's operating profit sank 36% in fiscal 2016, owing partly to sluggish sales of these bread-and-butter products.

Canon has aggressively pursued acquisitions in recent years in search of new profit drivers, buying Swedish security-camera maker Axis in 2015 and Toshiba Medical Systems last year. The company expects sales and profit to grow by double digits this fiscal year thanks to these additions.

Canon Electronics represents another path to getting Canon out of its rut: finding new applications for traditional strengths. The venture into space will serve as the first test of this approach. Whether Canon can regain its old vigor will depend largely on the efforts of this oddball subsidiary.