TOKYO -- Canon plans to boost sales from new businesses such as monitoring cameras and medical equipment to more than 40% of consolidated sales by December 2025, compared to 25% in 2019.

Canon will reorganize operations into four groups in April to accelerate growth, said Fujio Mitarai, the Japanese manufacturer's chairman, president and CEO, in an interview with Nikkei on Tuesday.

In 2020, Canon logged an estimated 3.14 trillion yen ($30.6 billion) in group sales, up 13% from the previous year, the 85-year-old Mitarai said. The maker of optical, digital and industrial equipment calculates earnings in accordance with U.S. accounting standards.

According to the CEO, a new five-year business plan from this year will see Canon target sales of 4.5 trillion yen, topping its high set in 2007. Sales will be led by four new businesses -- monitoring cameras, medical equipment, machines to manufacture organic electroluminescent panels, and commercial and industrial printing -- explained Mitarai.

Canon envisions the four businesses contributing 40% to 45% to consolidated sales by 2025. The Tokyo-based company will create four groups based on the new businesses, with each controlling its own production, sales, manufacturing subsidiaries and other operations. 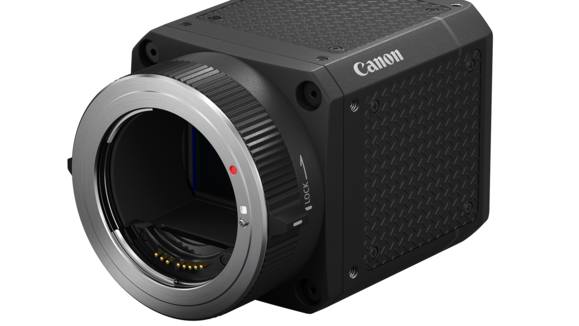 Canon will also consider introducing a new corporate-wide management system in which the leaders of each group assume responsibility and direction for the company.

To further increase earnings, Canon will set up operational headquarters for cross-group development of new materials and component marketing.

The optical equipment group will expand its lineup of industrial-use products, combining cameras and software while increasing sales of cameras for robots and autonomous drive vehicles, advanced night-vision cameras and other products suitable for industry and public infrastructure.

"If we look at the market as an optical equipment maker, the market is huge," Mitarai said.

The industrial equipment group looks to maintain the company's solid market share in deposition devices for organic EL panels while developing products and producing materials for application of luminescent materials.

Canon's printing group will continue to leverage the technology of Oce -- a major Dutch printer maker Canon acquired in 2010 -- to bring in more contracts for printing packaging materials and labels for daily necessities and cosmetics.

The company's business portfolio has grown in the 2010s, thanks in part to acquisitions like Toshiba Medical Systems in 2016. But existing core operations, including multifunction office printers, have continued to shrink.

Under the previous five-year plan through 2020 "new businesses have compensated for declines in existing ones, except for the effects of foreign exchange rates," Mitarai said. But he emphasized the need for new businesses to grow quickly.

Regarding the COVID-19 crisis and its impact on Canon's future, Mitarai was cautiously optimistic, saying the "economic impact will somewhat recede this summer if vaccinations start."

On Canon's future management, including his successor, Mitarai merely said, "I will nurture my successor while looking closely at the chosen person's overseas business expertise."