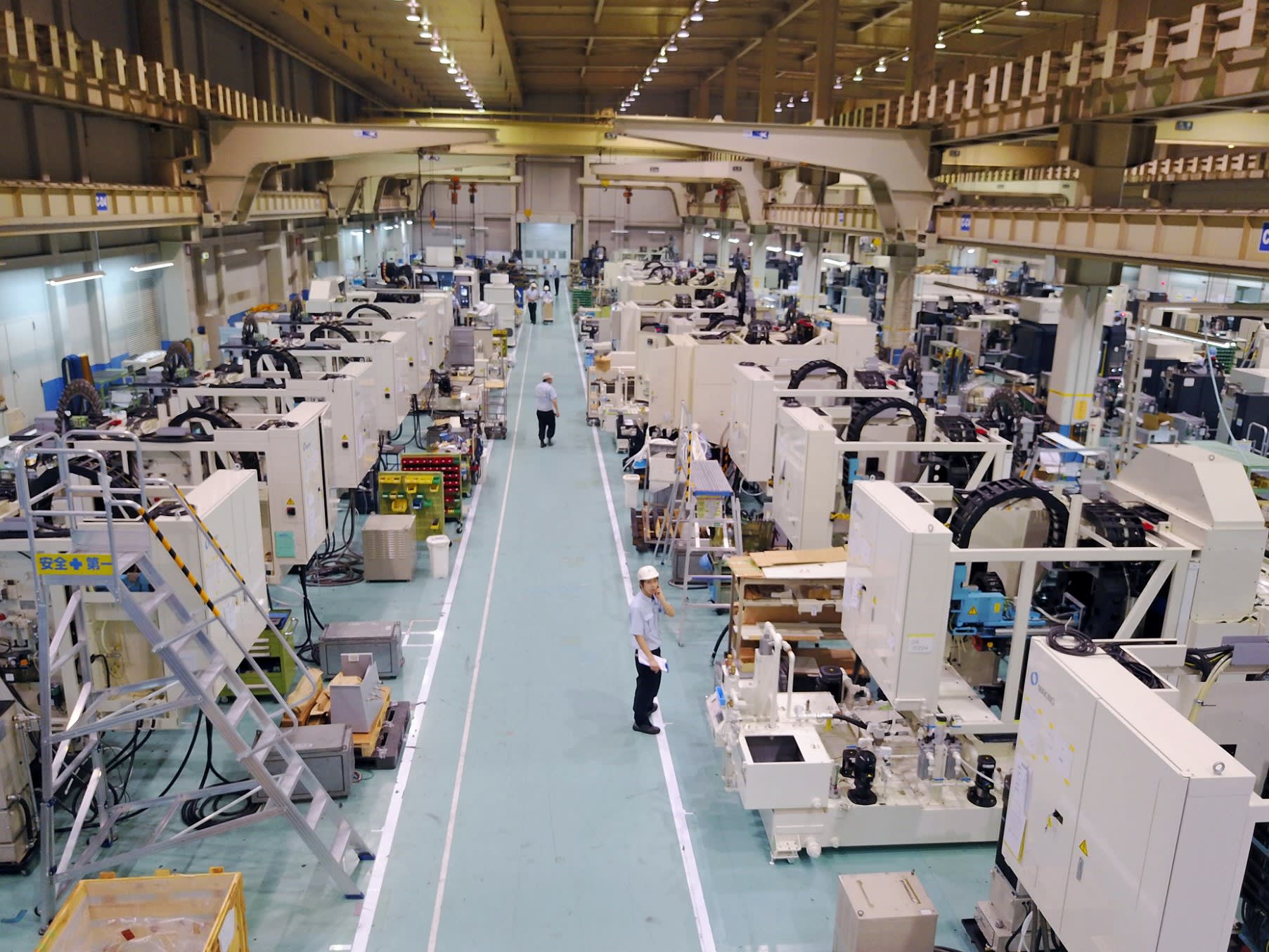 Makino Milling Machine's orders were up 31% in the first half of the current fiscal year to a new record, keeping this plant in Atsugi in Japan's Kanagawa Prefecture busy.
YURI MASUDA, Nikkei staff writerDecember 4, 2017 12:00 JST | China
CopyCopied

TOKYO -- Japanese machine tool maker Makino Milling Machine has been cashing in handsomely on the lucrative Chinese market, but it is not resting on its laurels. It is preparing to aggressively expand its sales and services into other emerging Asian markets, seeing the region as poised for growth over the medium to long term.

Makino plans to open new "technical centers" in India and Vietnam in 2018, and has already relocated and expanded its center in Thailand. It plans to double capacity at its Singapore plant as early as 2018. It counts specifically on demand for its products from the automobile, smartphone and mold-related industries. An employee of machine tool maker Makino demonstrates a product to a customer at the company's technical center in Thailand.

Makino currently has 11 technical centers in China and elsewhere in Asia outside of Japan.

The technical centers serve as showrooms for Makino's core products, such as machining centers -- milling machines with mechanized features such as automatic tool changers and control systems -- and electrical discharge machines, which create specific shapes by using electrical discharges.

At the centers, employees operate the company's products in the presence of customers, and respond to queries about processing methods and how to achieve the desired shapes of certain products.

Makino introduced the centers to enhance sales by strengthening customer support, both before and after sales. It aims to win new customers, especially Japanese, U.S. and European companies operating in markets such as India and Vietnam. In the first half of the current fiscal year starting in April, Makino won machine tool orders worth 97.6 billion yen ($871 million), up 31% from the same period in 2016, and a new record for the fiscal first half.

Of that amount, just over 30%, or 30.1 billion yen, came from Asia outside Japan, including China.

"Demand is robust in China with smartphones shifting to models with higher functions and improvements in quality," said Makino President Shinichi Inoue. "Strong sales will continue, at least in the second half of the current fiscal year, and the first half of the next fiscal year," he said.

According to the Japan Machine Tool Builders' Association, the total value of machine tool orders received by Japanese manufacturers surged 49.8% in October from a year earlier. It was the 11th consecutive month of year-on-year gains.