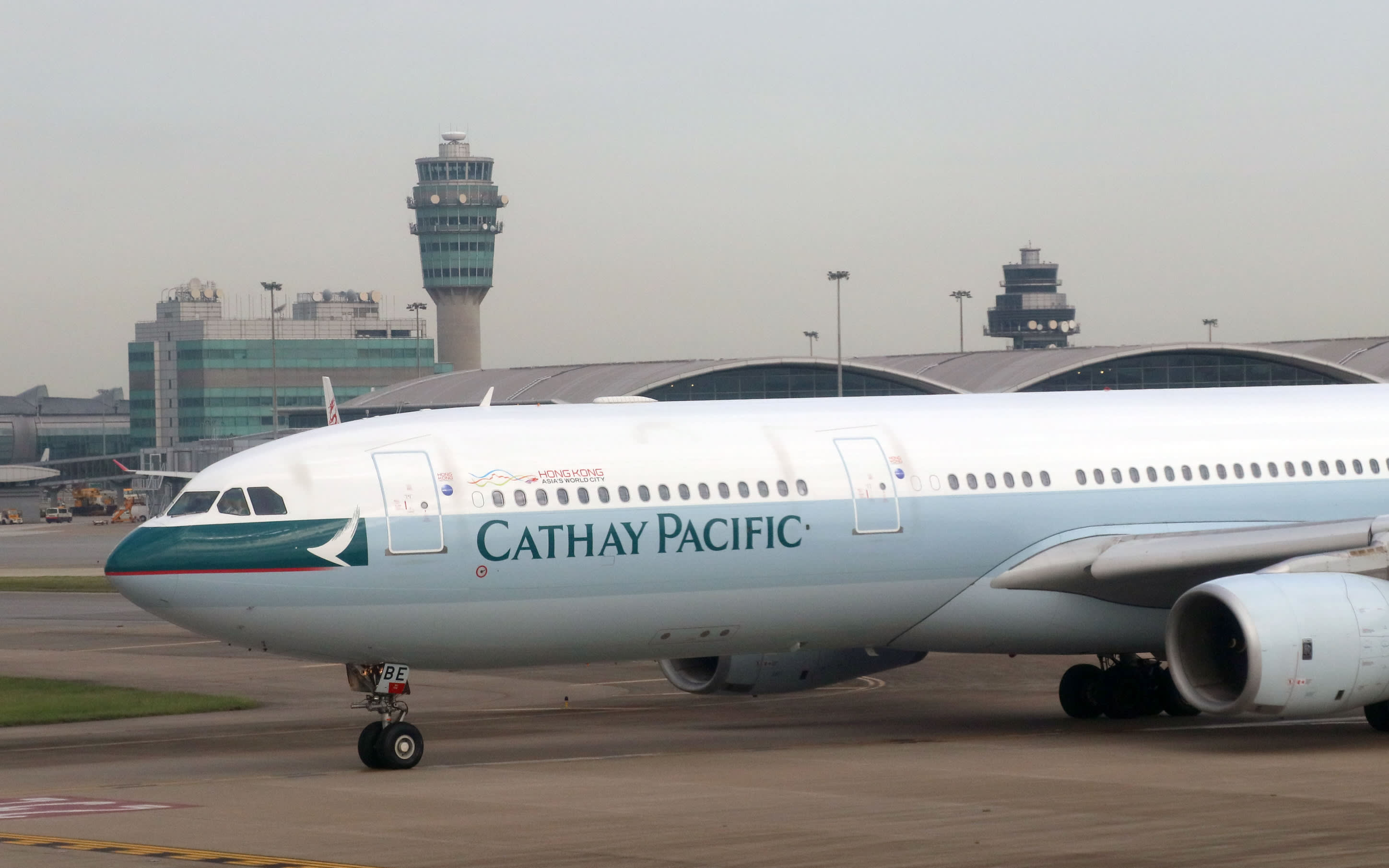 SINGAPORE (Reuters) -- Hong Kong's Cathay Pacific Airways Ltd on Friday lowered its expectations for full-year profit due to "incredibly challenging" conditions in its home market racked by anti-government protests that it expected to persist for the rest of 2019.

The airline reported a 7.1% drop in passenger numbers for the month of September as travellers avoided Hong Kong due to widespread and sometimes violent protests, and said its second-half financial results were likely to be below the first half.

Cathay, which is trying to complete a three-year financial turnaround plan, has become the biggest corporate casualty of the Hong Kong protests after China demanded it suspend staff involved in, or supporting, the demonstrations that have plunged the former British colony into a political crisis.

The airline in August reported a HK$1.347 billion ($171.75 million) first-half profit. At that time, Cathay said second-half profit was likely to be higher than the first-half, as is typically the case for the airline, based on seasonality.

The consensus estimate before Friday's update was for the airline to report a full-year profit of HK$3.2 billion, according to 11 analysts polled by Refinitiv, although some last month predicted a poor second half.

"We continue to see a significant shortfall in inbound bookings for the remainder of 2019 as compared to the same snapshot last year," Cathay Chief Customer and Commercial Officer Ronald Lam said in a statement on Friday.

Cathay last month said it would cut capacity for the upcoming winter season.

BOCOM International analyst Luya You on Friday said further cuts might be needed in 2020 and even 2021 given there was no way of determining a timeline for when the political turmoil in Hong Kong would be resolved.

Inbound traffic to Hong Kong was down 38% in September, unchanged from August, with demand from the mainland Chinese market hit especially hard, the airline said.

The 7.1% fall in passenger numbers in September was better than the 11.3% drop in August, but Cathay said an increasing reliance on transit passengers had affected its yields - a measure of the average fare paid per kilometre per passenger.

BOCOM's You said even if passenger numbers outside China appeared to stabilise in the coming months, that was likely to come at the cost of significantly lower fares.

Cathay also said cargo volumes fell 4.4% in September, but that there were signs of improvement as it headed into air freight's traditional high-demand season.