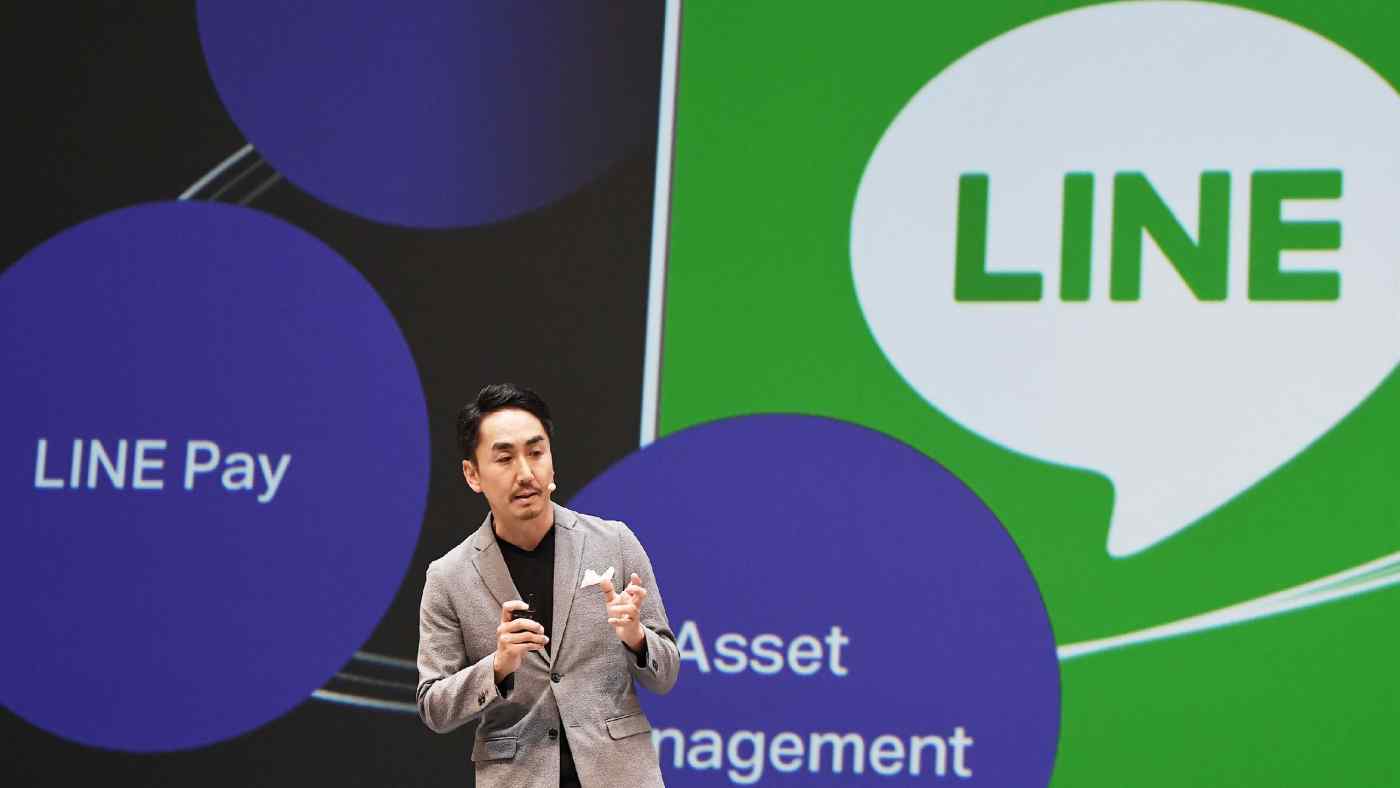 TOKYO -- Line, the operator of Japan's leading chat app, is pushing hard into the banking sphere with plans to aggressively expand in mobile payments, aiming to get its 75 million users hooked on transactions without the fees imposed by conventional banks.

In a strategy also geared to take on competitors like China's Alipay, the company outlined on June 28 a three-year plan for a "payment revolution" using its Line Pay mobile transaction service, which lets users send one another money free of charge by smartphone anytime and anywhere. Line is rolling out a version of its app that will let small and midsize merchants accept QR-code-based payments via Line Pay. Transaction surcharges will be waived for the first three years, and the system costs nothing to set up.