Tencent, Alibaba spinoffs choose Hong Kong over US for listings HONG KONG -- New listings made a strong comeback this year as the global equity bull run showed no signs of abating. Asia continued to lead in both volume and total funds raised, with the region's two major economies shifting from banks to capital markets for their financing needs. 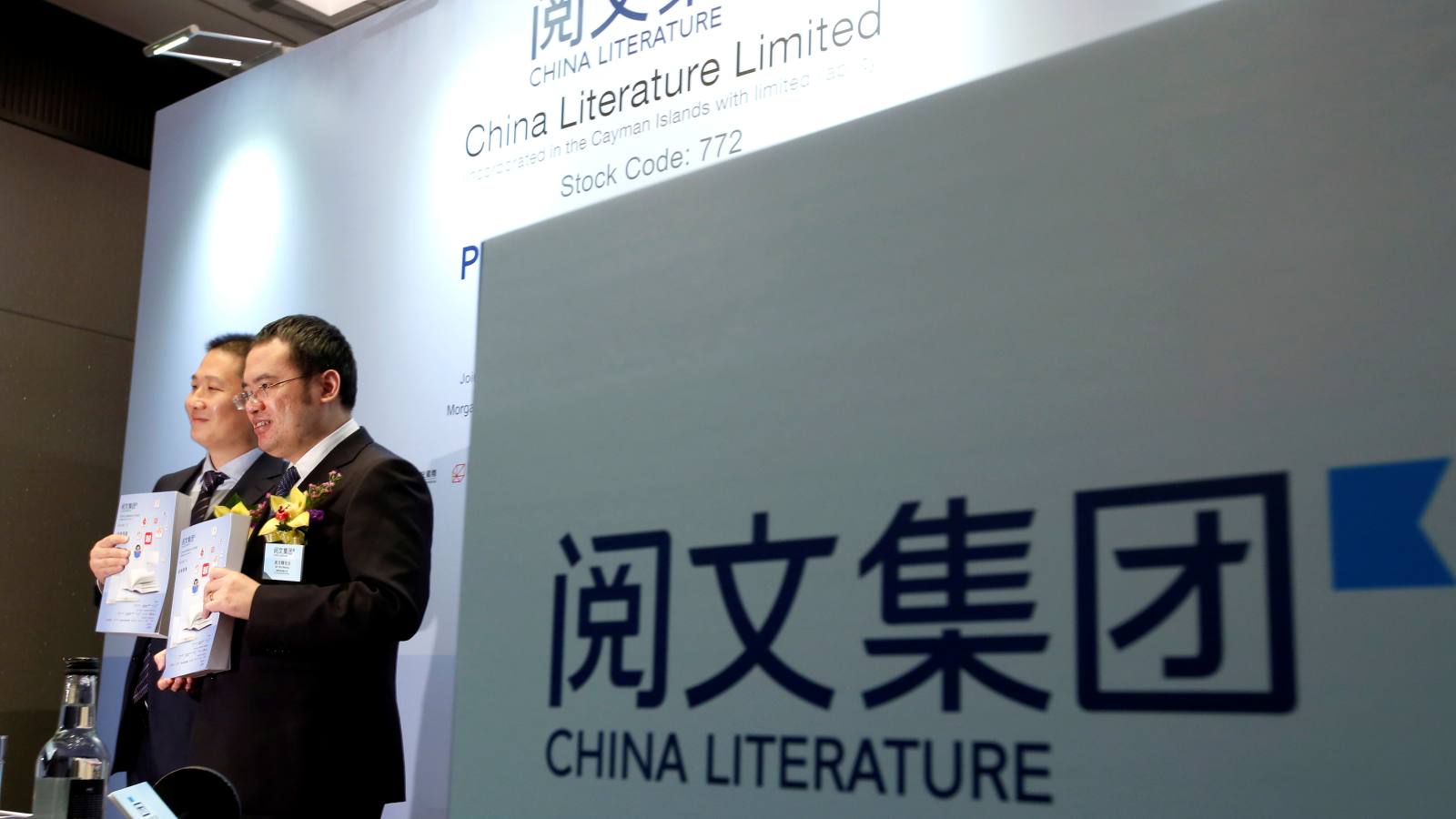 Mainland China is the top source of new supply, followed by Hong Kong and India. With exchanges in Shenzhen and Shanghai, the world's second largest economy saw a total of 409 companies tapping $31.61 billion from the market, up 30% compared with last year. Of the country's total funds raised, 56% was from Shanghai, making it Asia's top IPO destination.

The boom is largely due to an acceleration in listing approvals. "The volume of new issue was at a historic high," said Edward Au, co-leader of the national public offering group of Deloitte China on Dec. 19, noting that the number of companies awaiting approval to list on the domestic A-share market fell to 446 from 681 a year ago. "It would probably take 15 to 18 months for the remaining batch of companies to go public," Au said.

But the substantial increase in new supply, along with tighter liquidity, also means that the average deal size of the two mainland exchanges has become smaller. The largest A-share IPO this year was Hangzhou-based Caitong Securities' $620 million transaction. The $3.9 billion jumbo by U.S. technology company Snap in March was the world's biggest listing this year. Manufacturing and financial services companies raised most funds on the A-share market this year.

China eclipsed its major offshore center, Hong Kong, in financing activities. Hong Kong saw total funds raised fall 34% to $14.08 billion this year, despite a 24% jump in volume. Lacking blockbuster deals like last year's Postal Savings Bank of China, Hong Kong slipped from being the world's top listing destination for the past two years to No. 2 in Asia, and No. 4 globally.

Although the city continued to see its IPO market dominated by mainland financial services companies, it managed to attract more deals from new-economy sectors, especially when the Hang Seng Index surged nearly 40% and hit multi-year highs.

For instance, China Literature, a Tencent Holdings' spinoff, and its affiliate Yixin Group, China's largest online car retailer, were leading deals in Hong Kong this year. Both were hugely oversubscribed and saw their prices jump upon listing. The IPO frenzy in Hong Kong was sparked by the $1.75 billion offering of ZhongAn Online P & C Insurance, China's first pure-play online insurer, set up by Alibaba Group Holding, Tencent, and Ping An Insurance Group. The offering was also the second largest deal in Asia, excluding Shanghai-based Guotai Junan Securities' secondary listing in Hong Kong. More deals in the city priced above the middle of their indicative ranges this year; around 59% of the new issues achieved that, versus 46% last year.

Lofty investor sentiment and buoyant valuations enabled the city to attract more companies from abroad, which made up 19% of new issues, versus 8% a year ago. That includes gaming equipment maker Razer, based in Singapore and San Francisco, as well as Japanese Nissin Foods' instant noodle unit, Malaysian construction company BGMC International and Singaporean engineering company Solis Holdings.

In light of market reforms, Au said Hong Kong could raise up to $24.3 billion next year, on a par with the A-share market. The Hong Kong Exchanges & Clearing said on Dec. 15 it was considering adding two new chapters to the main board to accommodate promising companies with weighted-voting rights and biotech companies that have yet to turn a profit. It also proposed creating a new concessionary secondary listing route for new-economy issuers already listed in New York, London or Nasdaq.

"Many of the mainland companies which originally would choose to go public in the U.S. will now consider Hong Kong as an alternative listing venue in 2018," said Wang Hang, Baker McKenzie's Beijing-based partner. Beijing-based Meituan-Dianping, an online food and events platform, is reportedly planning a $3 billion IPO in the U.S. as soon as next year. 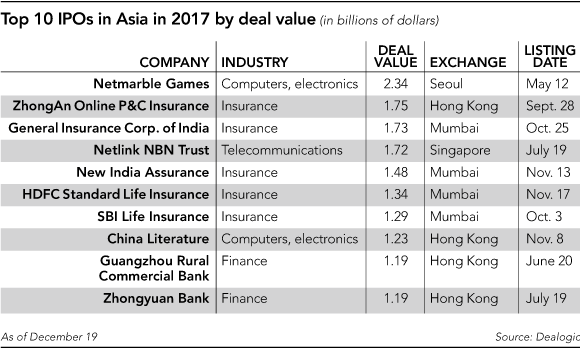 Au also said the underperformance of many new Chinese listings in the U.S. might add to Hong Kong's appeal. Alibaba-backed online lender Qudian, for instance, saw its New York-listed shares tumble 55% after it debuted in October. Its peer LexinFintech Holdings, backed by JD.com, on Dec. 14 slashed its fundraising target by 76% to $120 million. Beijing's plan to allow mainland companies to freely convert non-listed domestic shares into H-shares traded on the Hong Kong bourse will also help the city attract more listings, Au said.

By contrast, Hong Kong's gain has been Singapore's pain. The city-state has been suffering from a spate of delistings since 2016. About 22 companies have left the Singapore Exchange this year, outpacing the number of IPO deals it hosted. That includes home-grown logistics company CWT, privatized by acquisitive Chinese conglomerate HNA Group. Massage chair maker OSIM International, which left the bourse in 2016, opted to relist in Hong Kong as V3 Group.

Although the $1.71 billion issue of Netlink NBN Trust helped push Singapore's IPO tally to $3.21 billion, 91% higher than a year ago, the city-state has missed several closely watched listings such as that of Sea, a Tencent-backed gaming company that went public in New York in October. HNA Commercial REIT, which originally planned to raise $561 million in July, held off its IPO as the company drew more scrutiny from banks and regulators.

India, best in a decade

India's IPO market recorded its best performance in at least a decade, raking in $11.72 billion, nearly tripling the amount it raised last year. Financial services companies accounted for above 75% of the total funds raised as well as 12 of the 34 listings in the period. Many of them are insurers, with state-run General Insurance Corporation of India, launching the biggest offering in seven years, at $1.73 billion, followed by New India Assurance, which used to be part of General Insurance Corporate before it became a reinsurer.

Karan Marwah, partner at KPMG India, said the country's vibrant IPO scene was partly driven by pent-up demand for capital. "While the last few years had not seen a lot of primary market activity resulting in a pipeline of companies looking to go to market and raise capital, a number of private equity investments are also at the end of their investment cycles with the investors looking for exits,"  Marwah said.