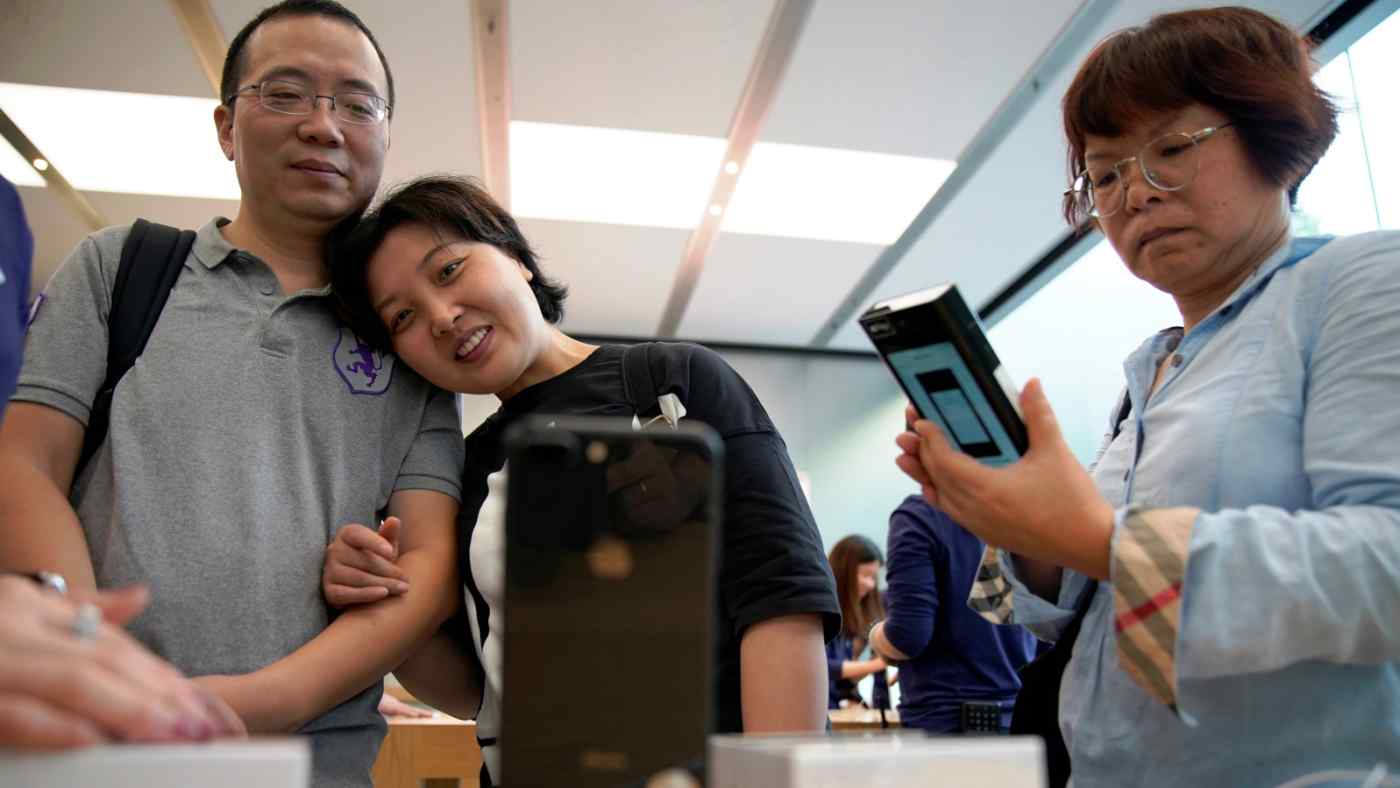 The Fuzhou Intermediate People's Court sided with Qualcomm's claim that Apple infringed on two of its patents. The preliminary injunctions apply to the iPhone 6s, iPhone 6s Plus, iPhone 7, iPhone 7 Plus, iPhone 8, iPhone 8 Plus and iPhone X. Apple has filed a request for the court to reconsider its decision.

"Apple continues to benefit from our intellectual property while refusing to compensate us," Don Rosenberg, executive vice president and general counsel at Qualcomm, said in a press release Monday.

The ruling does not appear to affect the latest iPhones powered by the iOS 12 operating system, according to U.S. media reports. Apple released the iPhone XS, XR and XS Max this fall.

Qualcomm is involved in multiple intellectual property disputes with Apple. The iPhone maker had been using Qualcomm's communications chips until it ceased orders starting with the devices that hit the market this year.

Apple maintains that all iPhones should remain available to Chinese customers. "Qualcomm's effort to ban our products is another desperate move by a company whose illegal practices are under investigation by regulators around the world," Apple said in a statement.

The move is not  expected to impact Apple's sales. "While a win for Qualcomm, it plays more into the bigger scheme of the fight between the two companies than in making a dent in Apple’s [sales] volume," said Carolina Milanesi, an analyst at market research firm Creative Strategies.

Nor is the move seen as payback by China for the recent arrest of a Huawei Technologies executive in Canada at the request of the American government.

Qualcomm and Apple have sparred on intellectual property since January 2017. Apple filed a lawsuit that month over Qualcomm royalties, saying they were unreasonably high. That came days after a complaint filed by the Federal Trade Commission in a U.S. court that alleged Qualcomm monopolized key semiconductor devices in mobile phones.

In its suit, Apple found fault with Qualcomm's licensing practices, in which royalties are calculated as a percentage of the price of an iPhone. The amount stayed the same even if Apple added separate features that pushed up a phone's value. Apple ceased paying licensing fees to Qualcomm and filed similar suits against the company in China and the U.K.

Qualcomm countered by saying its technology was indispensable to Apple. The company sued clients that froze licensing payments, and accused Apple of sharing technology secrets with chipmaker Intel. Monday's preliminary injunction in China is one of about a dozen cases that have arisen.