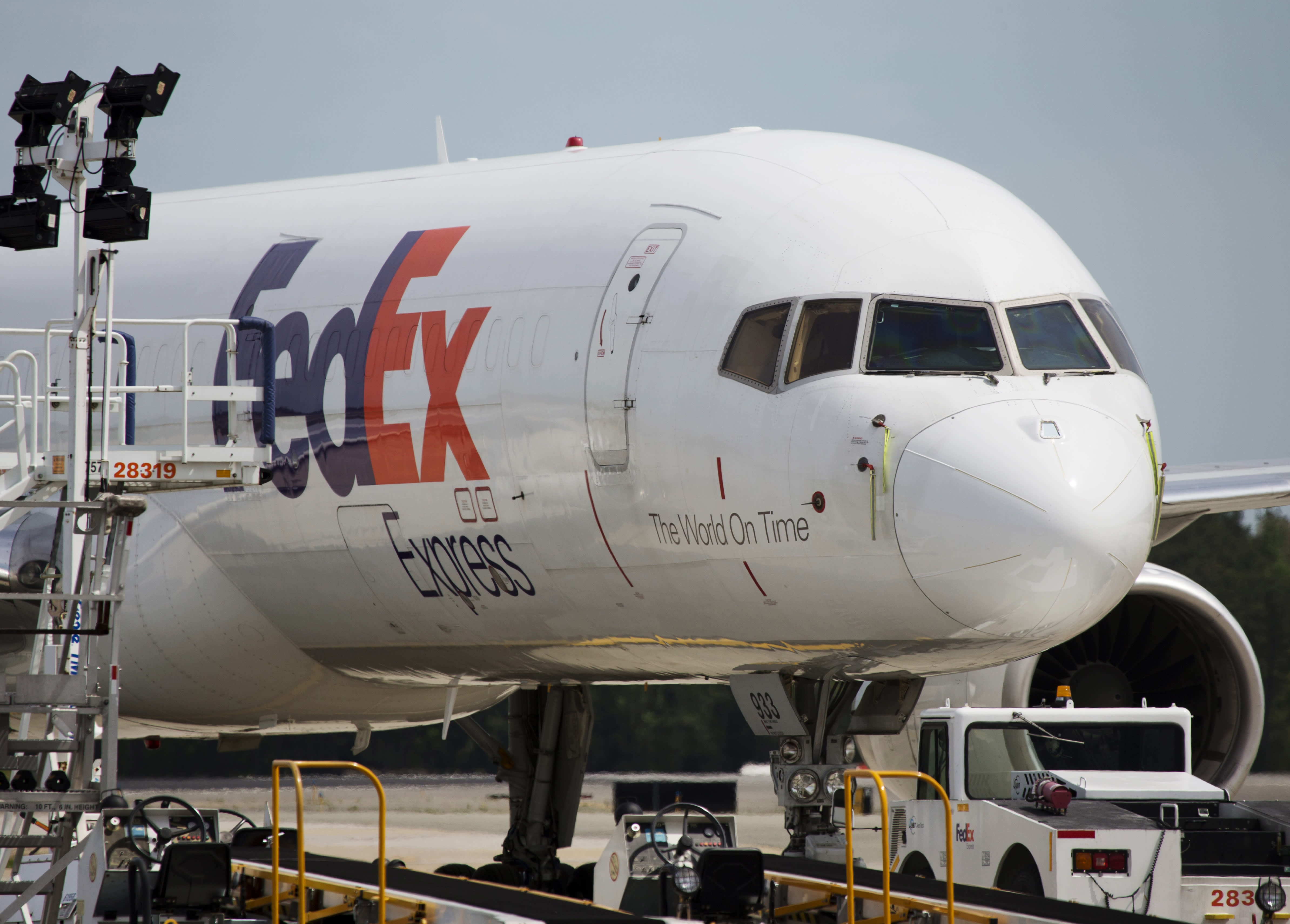 A FedEx cargo plane sits idle during the day at Richmond International Airport in Sandston, Virginia. FedEx says one of its pilots was detained in China after an item was found in his luggage before he boarded a commercial flight.   © AP
MARRIAN ZHOU, Nikkei staff writerSeptember 20, 2019 07:18 JST | China
CopyCopied

NEW YORK -- A FedEx pilot was recently detained in Guangzhou, a southern Chinese city near Hong Kong, as the delivery giant reeled from months of investigations amid trade frictions with the U.S.

"Chinese authorities in Guangzhou detained and later released one of our pilots on bail after an item was found in his luggage prior to a commercial flight," a FedEx spokesperson told the Nikkei Asian Review. "We are working with the appropriate authorities to gain a better understanding of the facts."

Former U.S. Air Force Col. Todd Hohn was held a week ago at the airport over a checked bag containing nonmetallic pellets used in replica air guns, The Wall Street Journal reported Thursday, citing people familiar with the matter. He was reportedly heading home to Hong Kong after making deliveries from the Guangzhou airport.

Hohn's detention added to a summer of troubles for FedEx, which has repeatedly come under investigation in China.

The company apologized in June for, among other things, misrouting Huawei Technologies packages to the U.S. without notice. Huawei has complained to Chinese postal authorities and considered reviewing business ties.

The Commerce Ministry said in May that it would compile a list of so-called unreliable entities that harm the interests of domestic companies. This would include companies that cut off supplies to Chinese partners for noncommercial reasons and limit business transactions in China, for example.

FedEx has built one of its largest non-U.S. logistics centers in the Chinese export hub of Guangzhou. The company slipped to a $1.97 billion net loss for the fourth quarter ended May 31 as the Sino-American trade war made markets nervous about the company's prospects.

American and Chinese trade negotiators are resuming face-to-face talks as the two sides inch toward a deal. The negotiations Thursday and Friday will lay the groundwork for high-level meetings in early October.