Emergence of potential world No. 1 rattles European and Japanese rivals 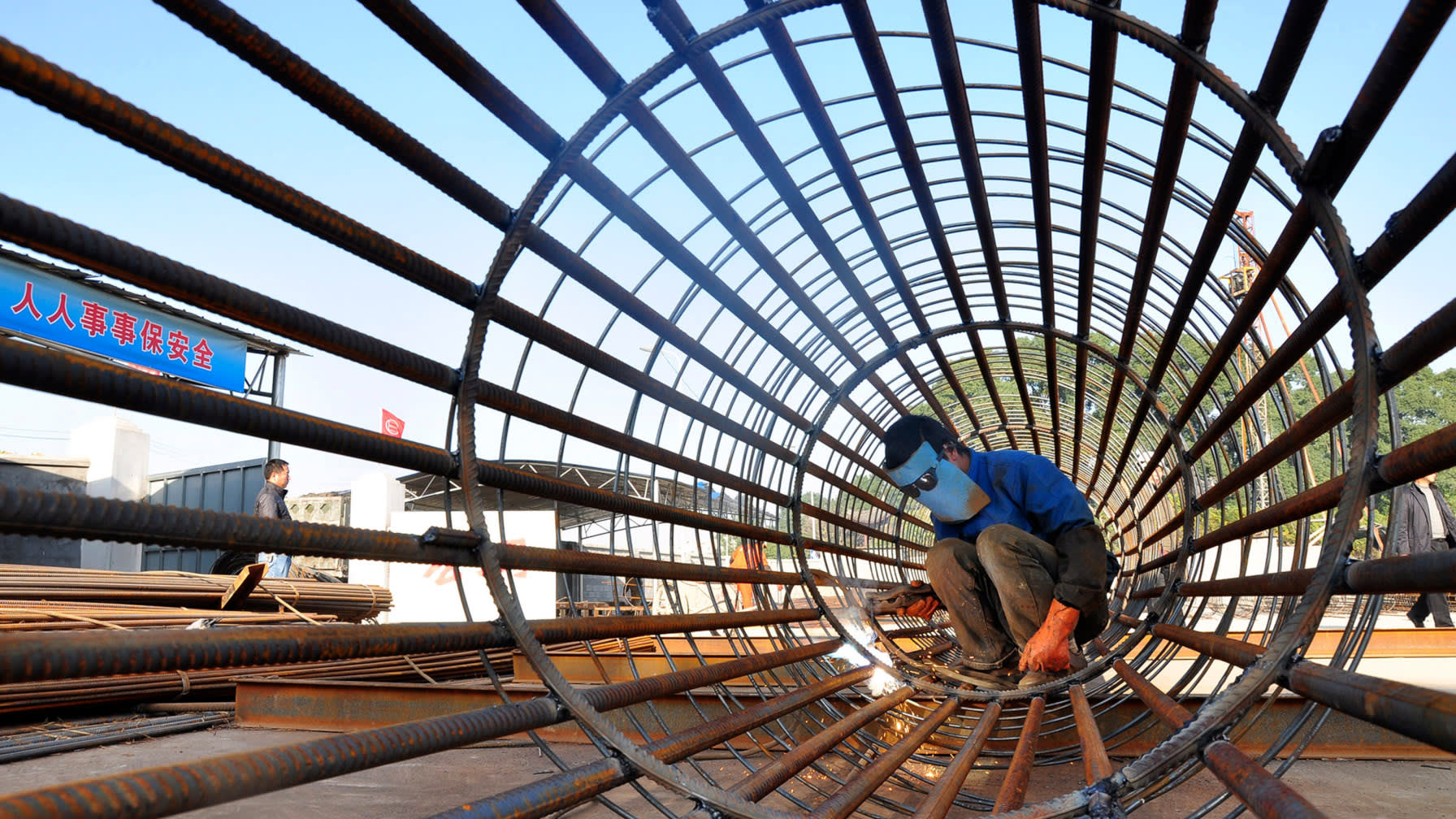 SHANGHAI -- China has embarked on a new round of consolidation in the steel business.

Such a team-up would push combined production to around 120 million tons a year, past current top steelmaker ArcelorMittal, and alter the global landscape.

Baowu, Magang and Ansteel set up a joint venture last September to manage nonperforming assets. Baowu Chairman Chen Derong had been pushing for a megamerger with Magang and Ansteel, calling consolidation key to reducing overcapacity. With the merger announced Sunday, Magang is expected to close down aging facilities and shift output to Baowu's latest cutting-edge steel plants.

China has been shrinking steel output in recent years, bringing it down to around 900 million tons last year from 1.2 billion tons in 2015.

But Beijing still views capacity as in excess. "We will further consolidate old facilities and trim capacity," an official from the Ministry of Industry and Information Technology said recently.

Hou Jun, chairman of the state-owned Shandong Iron & Steel Group, has said that even a merger with a private company is an option.

Bringing in Ansteel to the new alliance may face opposition at the regional level. At 160,000 workers, the Liaoning Province-based company is one of the largest employers in northeastern China. Various vested interests are likely to make it a rocky road.

But with the nation having endured a barrage of international criticism over flooding global markets with cheap steel over the past few years, "the central government is determined to proceed with consolidation," an employee at a Japanese manufacturer observed.

A strengthened Baowu alliance stands to threaten Japanese and European rivals. Baowu has moved up the value chain producing high-grade steel for automobiles -- an area that had been the bread and butter of Japanese steelmakers. The days when Chinese steelmakers could make only low-grade products for construction materials appear gone.

But as auto sales here slow on dampened consumer sentiment amid the trade war with the U.S., Chinese steelmakers are turning their attention to a wider international market.

"We have no future if we do not go abroad," Baowu's Chen said this February, in a rare expression of interest in foreign operations by a Chinese leader in the sector. The country's steelmakers have had nearly no overseas production capacity to date.

With Beijing keeping a tight grip on domestic expansion, "there is no doubt that Chinese steelmakers would move outward," a Japanese industry insider said.

Armed with a large war chest, Baowu is said to be looking at merger and acquisition opportunities across the world.