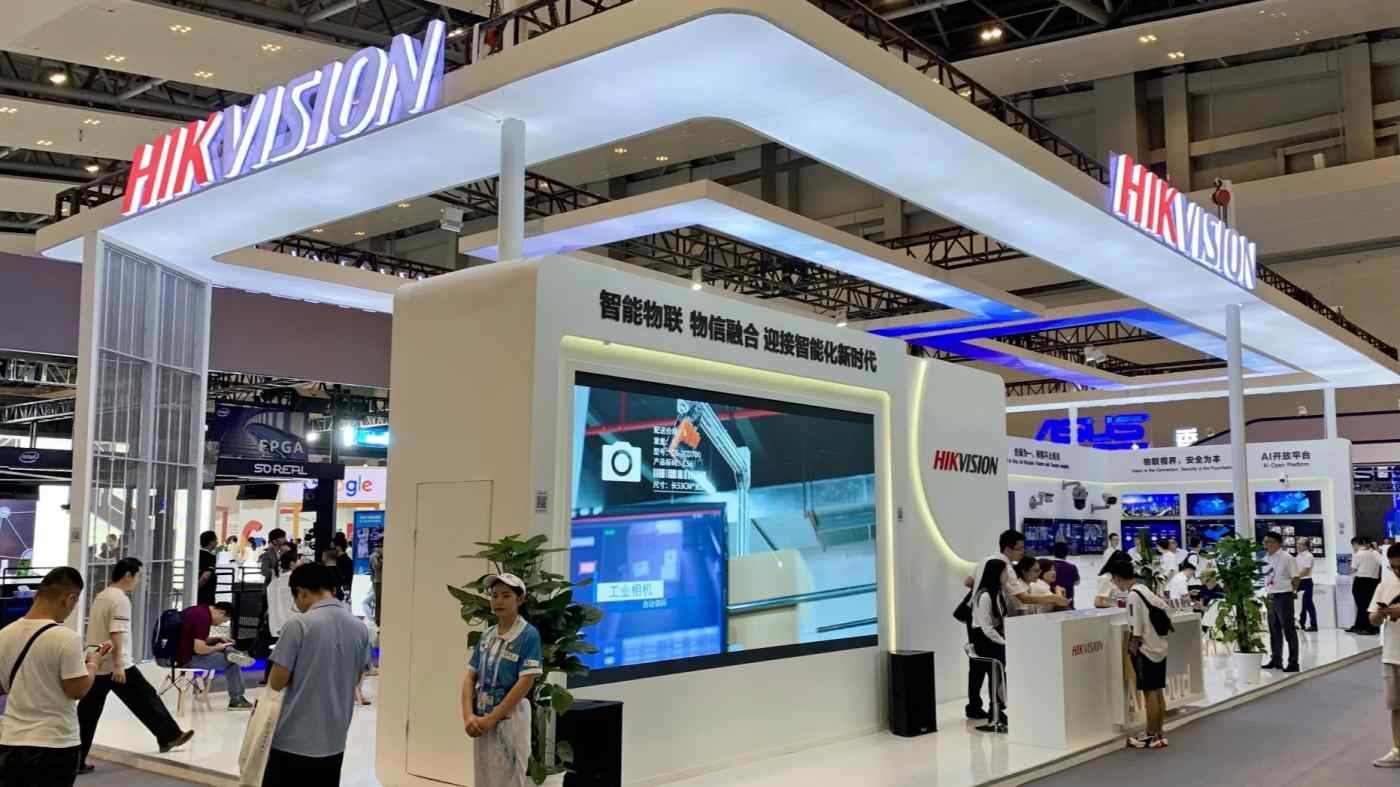 Hikvision is the global leader in surveillance cameras, but it has come under fire from the U.S. for its role in the Chinese government's suppression of ethnic minorities. (Photo by Shunsuke Tabeta)
SHUNSUKE TABETA, Nikkei staff writerNovember 14, 2019 08:04 JST | China
CopyCopied

The investigation adds to the woes at a company targeted by a U.S. pressure campaign over its role in Beijing's crackdown on Muslim ethnic minorities.

Hikvision did not elaborate on the allegations against President Hu Yangzhong and Vice Chairman Gong Hongjia. Chinese media reported that Gong allegedly failed to disclose compensation paid to employees when Hikvision was enjoying strong earnings.

Two other listed companies in which Gong is part of the management team also said Wednesday that he is being probed over stock options and other matters.

Hikvision is 39%-owned by a subsidiary of state-owned China Electronics Technology Group. Hu and Gong were both involved in the founding of Hikvision. Gong is the No. 2 shareholder with a 13% stake, while Hu holds an interest of almost 2%.

Established in 2001, Hikvision expanded by providing big-data analysis and facial-recognition technologies linked to artificial intelligence, as the government led by President Xi Jinping stepped up public surveillance. The company supplied about 30% of all surveillance cameras shipped worldwide in 2018, thanks in part to low prices realized through economies of scale.

A U.S. defense authorization bill enacted in August 2018 bars government agencies from procuring equipment from five Chinese companies, including Hikvision. And last month, Washington added Hikvision and 27 other Chinese organizations to its Entity List, essentially banning the enterprises from dealing with American companies, on concerns over their role in the suppression of the Muslim Uighur minority in China's northwestern Xinjiang region.