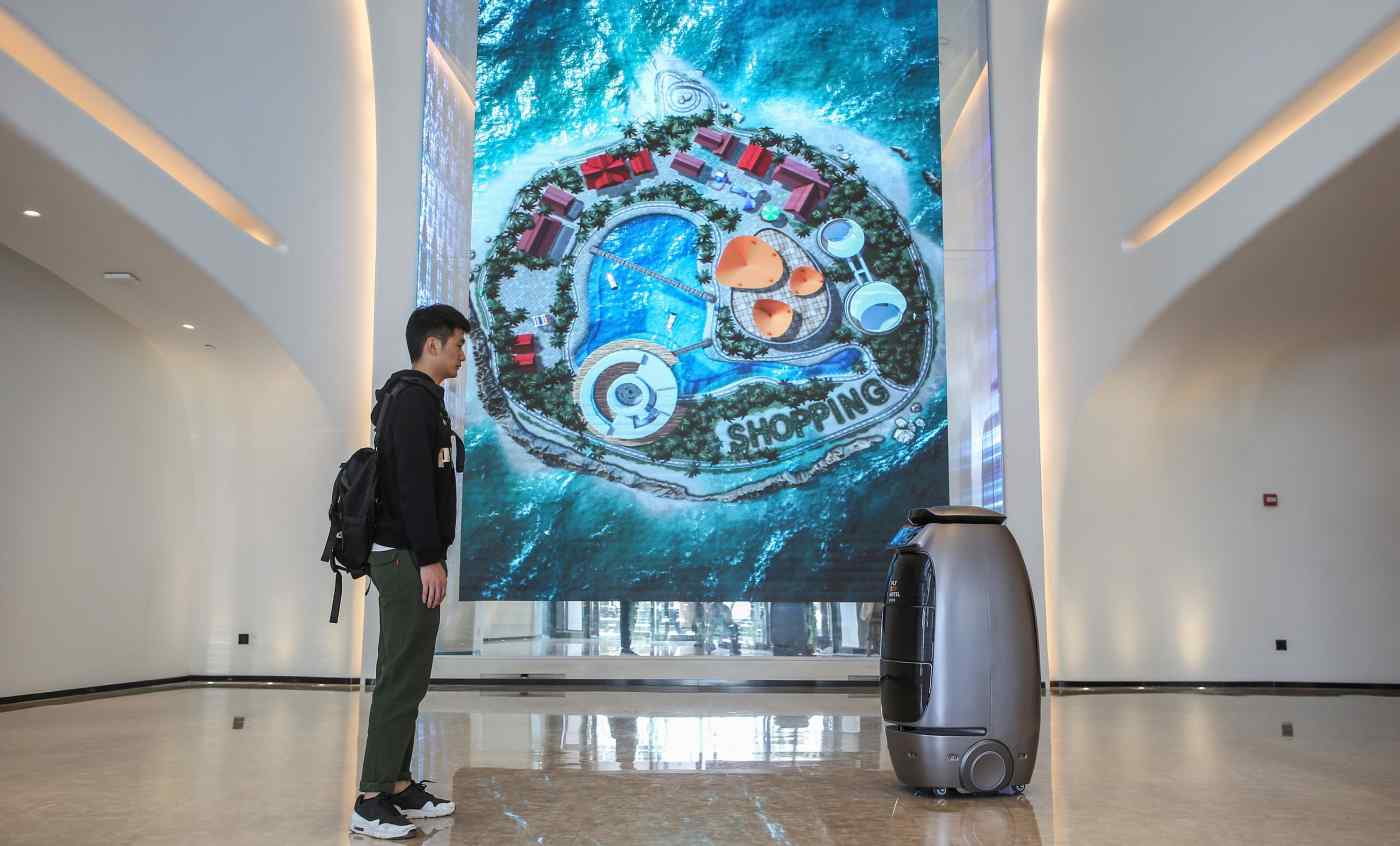 HONG KONG -- China's Alibaba Group Holding is moving into the hotel business with its first automated hotel as the e-commerce leader seeks to demonstrate its technology muscle and diversify from online retail.

The hotel, based in Hangzhou city where Alibaba is headquartered, has begun taking bookings at 1,399 yuan per night, according to Feizhu, Alibaba's travel business division. Once in operation, the so-called "Future Hotel" is expected to be significantly more efficient than comparable hotels, the company says.

In Alibaba's hotel, guests will be greeted by an artificially intelligent robot which will verify the visitors' identity through facial recognition. Smart speakers will be installed in every room that will be able to turn lights on and off with a voice command, or even order a bottle of water which will be delivered by a robot. Cleaners however remain very human, although they will be alerted automatically when it is time to make the beds.

But Alibaba's aim does not appear to be to launch itself into the hotel business. Instead the online retailer may be hoping to use the new hotel as a showcase for the technologies it hopes will drive sales beyond online retailing.

The hotel is the latest example of Chinese internet companies making efforts to marry technology with traditional industries such as the hospitality sector. In July, Baidu Inc, China's answer to Google, teamed up with InterContinental Hotels Group in Beijing, where hotel guests can now turn on the television, search for nearby tourist attractions and adjust room temperatures by simply speaking to Baidu's voice-controlled, AI-powered assistant. 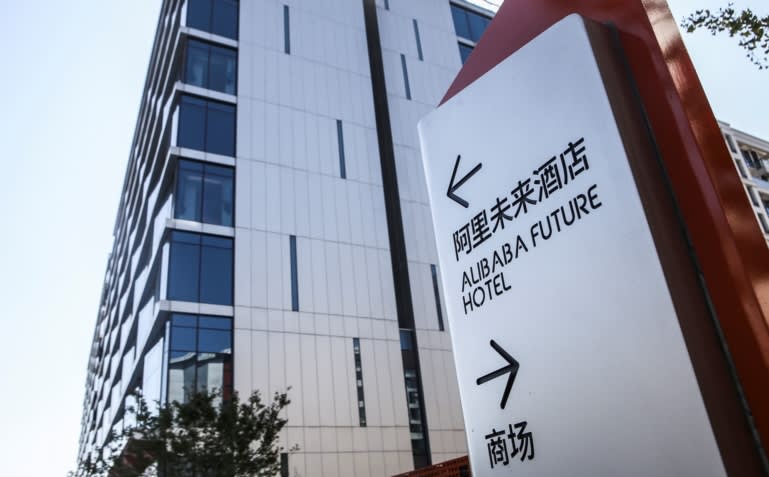 Alibaba's systems have been developed by its own research arms, including a lab focusing on artificial intelligence."The solutions deployed at Alibaba's Future Hotel can be used to streamline the operation of [China's] hospitality sector while improving the experience of guests," the company has said. Alibaba has not disclosed the amount of investment needed to build such a hotel.

Automated hotels are not new. Japan's first opened in 2015 with a robotic dinosaur and humanoid at the reception desk and robot porters. In Singapore, several hotels have also employed room service robots to cope with manpower shortage. Smart LYZ, a Shenzhen-based company specialising in smart hotels, opened China's first fully automated hotel in Chengdu in January and plans to build 50 more across the nation this year.

Automated hotels are still in their early days and judging savings can be difficult. But robots and other high-tech amenities can help cut labour costs or resolve the problem of manpower shortages, analysts say. However, Jan Freitag, an analyst with global market intelligence company STR, questioned whether automated hotels could deliver the personal touch and high value service of traditional hoteliers, characteristics that are key to certain segments of the hospitality business.

Alibaba's announcement comes as the company is under pressure to seek income outside its core business. The New York-listed firm's reported revenues of 85.15 billion yuan ($12.4 billion) and net income of 18.24 billion yuan for the three months to the end of September -- came in below analysts' expectations. Industry players attribute much of its business slowdown to weaker online sales, which account for about 85% of Alibaba's total revenue.

The group may be hoping that the hotel will also help it to win sales from big spending tech savvy guests. Everything in the rooms -- from bed linen to furniture -- will be available for sale on its e-commerce platform via a click on its smartphone application, boosting its online sales one hotel guest at a time.